Read about the funding that formally kicks off the demonstration, which will involve multiple stakeholders in research, academia, industry, and state-level government. On a federal level, that includes Idaho National Laboratory (INL), the Idaho Falls-sited laboratory that is becoming a central hot spot for nuclear integration research and development, as well as the National Energy Technology Laboratory (NETL), and the National Renewable Energy Laboratory.

Palo Verde Generating Station, a 4-GW nuclear power plant in Arizona, is gearing up to produce hydrogen from a low-temperature electrolysis (LTE) system, and that hydrogen will then be used to fuel a natural gas–fired power plant owned by Arizona Public Service (APS). 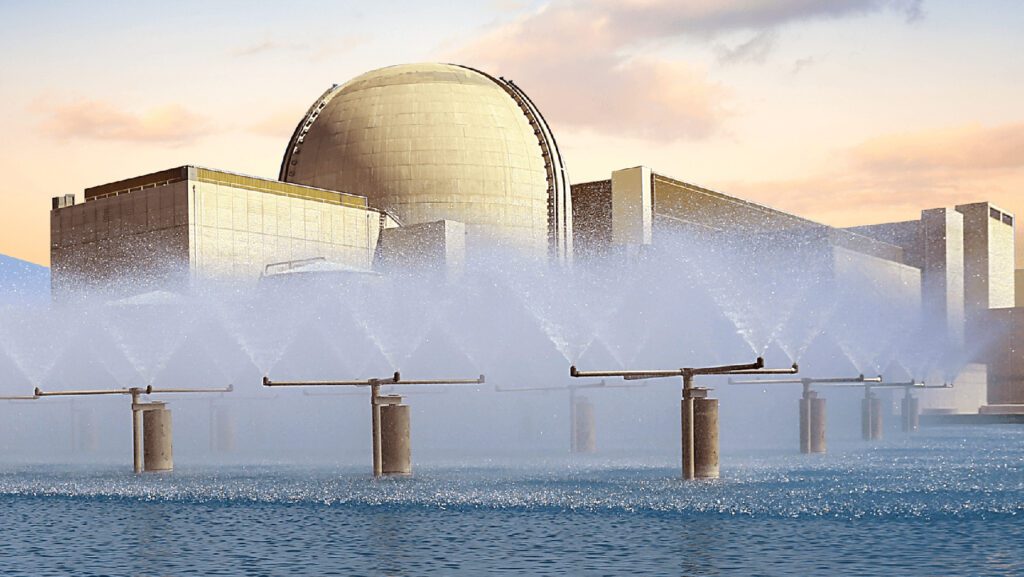 According to Richard Boardman, director for Energy and Environment Science and Technology Programs Office at INL, U.S-based initiatives to explore nuclear hydrogen’s potential have focused mainly on industrial uses because the U.S. already has several existing hydrogen pipelines that feed industrial centers. “We believe that having central hydrogen plants based on electrolysis is going to be a great opportunity for us,” Boardman said as he presented a U.S. perspective during a “Hybrid Event” at the 65th International Atomic Energy Agency General Conference on Sept. 21.

Interesting to see how these are the markets that will likely create the initial hydrogen demand, but I wonder if success there and growth in supply will then lead to the capital build out of other outlets (transportation, home gas replacement, etc.)

The gas plants near the Palo Verde nuclear station are much better suited for efficiently creating hydrogen using high temperature steam for electrolysis with excess/surplus solar energy providing the electricity for steam electrolysis. The hydrogen gas would be used to fire boiler duct burners that are already routinely used to increase steam production to meet grid peaks. Longer range, the hydrogen could be used as supplemental fuel for the gas turbines.

The nearby gas plants are ideally suited to create hydrogen from surplus renewable energy, store the gas and subsequently use it to cover grid peaks that show up in the evening when solar energy is not available. This energy storage approach is vastly superior to using batteries or nuclear power. Palo Verde should operate as a base load power plant which is what the station was designed for.

The only reason to do it that way would be to waste gas so it can be billed to electricity ratepayers. No doubt that would be a lucrative, if unethical, strategy.

Also, the nuclear plant cannot produce steam anywhere near as hot as that produced by the combined-cycle plant. That means the nuclear electrolysis requires more green electrical energy.

If you divert some nuclear steam for hydrogen production, the cost of nuclear power to the ratepayers will go up - the fixed production costs are distributed over fewer megawatt- hours of sales.

Another angle, the nuclear hydrogen will cost more than if the combined-cycle plant just made it’s own hydrogen.

The combined-cycle plant’s CO2 emissions to produce the electrolysis steam are minor and do not even remotely approach millions of tons per year.

This is all straightforward to calculate. There is no doubt that the DOE Is conducting a publicity stunt with the taxpayer and ratepayer on the short end of the stick.

"This is all straightforward to calculate."

Good, I await your calculations. Other than anti-government, right-wing conspiracy theories, you have no support for your argument now.

Nuclear power plants like Palo Verde operate most efficiently at cost effectively at full load. The machines were not designed for operating at part-load. As I helped design Palo Verde (I worked for Combustion Engineering, the firm that supplied the reactor) I am quite certain I am right. Diverting steam for the production of hydrogen is unhelpful for the plant's economics.

GEH Inks Contract to Build BWRX300 at OPG’s Darlington Site
Is nuclear essential to achieving our climate goals?
Guest Feature: Is The Energy Debate Really About Energy? | Grid Brief
Thelma and Louise: Are Utilities Driving Energy Production Off a Cliff?