More than 50,000 wind turbines with a combined capacity of about 100 gigawatts operate in the United States, providing more than 7% of the nation’s electricity in 2019. However, the current state of cybersecurity readiness at U.S. wind power plants is generally behind in comparison to other types of large-scale power generation, such as coal and nuclear power plants.

The collaboration among industry and researchers from four DOE National Laboratories—INL, NREL, Sandia, and Pacific Northwest National Laboratory (PNNL)—also seeks to explore how wind energy could reliably and resiliently contribute to military and disaster-relief applications.

“As wind generation in the United States continues to grow, it becomes more of a critical generating asset of our bulk electric system,” said Jake Gentle, a senior power systems engineer at INL. “This is why protecting U.S. wind infrastructure from cyberattacks is so important to safeguarding our entire electric system.”

Cybersecurity researchers have shown that individual turbines are vulnerable to physical and electronic attacks that could disable or damage turbines or an entire wind plant. A wind turbine hacked on the ground or through the internet could serve as an access point for cybercriminals to attack large-scale electricity infrastructure.

In 2019, researchers at the four participating National Laboratories kicked off five related research projects that will make wind energy more secure now and in the future: 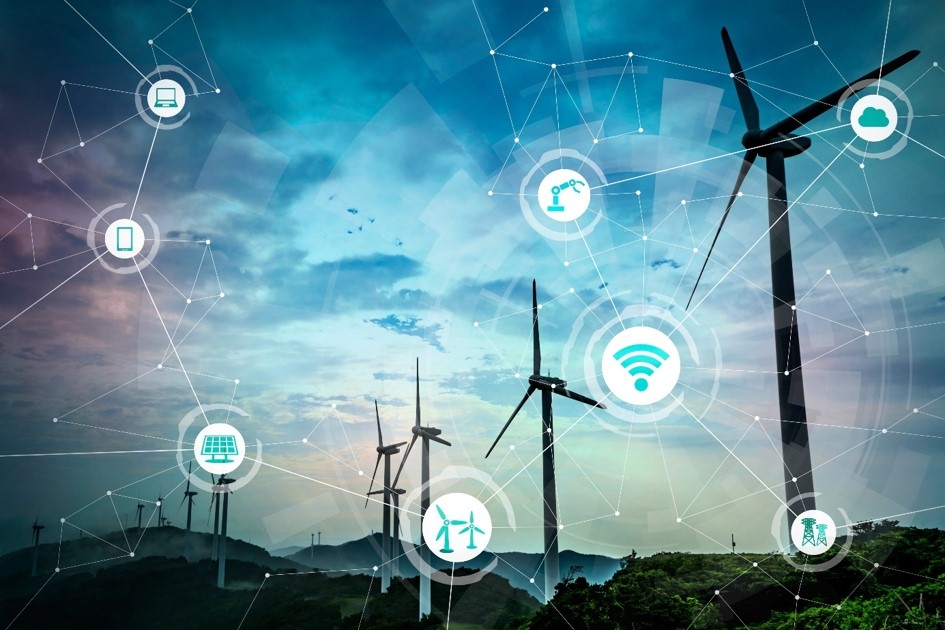 A wind turbine hacked on the ground or through the internet could serve as an access point for cybercriminals to attack large-scale electricity infrastructure. Graphic: Jake Gentle, INL

“Renewable energy sources, including wind technology, are poised to alter the generation makeup of the electric grid in the future,” said Sarah Freeman, an industrial control system cybersecurity analyst at INL. “This shift, however, requires that these resources remain resilient in the face of cyberattacks. This work aims to ensure the reliability of wind generation.”

Together, these projects will allow National Laboratories and industry to conduct R&D and implement technologies in a way that makes wind energy more secure.