Andrew Morse is Director of Software at FTC Solar, leading the teams responsible for the development of SunPath, the Voyager Zone Controller, SunDAT (PV design software), and Atlas (a solar...

This item is part of the Data Analytics & Intelligence - Winter 2020/21 SPECIAL ISSUE, click here for more

FTC Solar has released a new software product designed to work with the company’s Voyager Tracker system and improve energy production. Part of the tracking system’s software zone controller feature, SunPath increases energy yields by repositioning tracker angles both to reduce shading on solar panels and optimize solar production under diffuse light conditions. FTC Solar estimates that SunPath, integrated with the Voyager software controller, can deliver yield improvements of up to 6% over FTC’s standard tracker that does not use SunPath. Voyager is a single-axis, two-in-portrait (2P) tracker deployed in utility-scale projects across multiple US states and overseas locations.

SunPath incorporates two algorithms that enhance solar production gains in large solar installations. One uses analysis of topographical conditions to minimize the impacts of tracker shading, and the other uses satellite data to predict imminent cloud cover or other weather events that would create diffuse light conditions.

SunPath optimizes energy yields from utility-scale solar arrays by striking the best balance between gains from orienting solar panels directly towards the sun, and losses from shadows on neighboring rows.

In early morning and late evening hours, single-axis trackers, especially on sloped sites, may cast shadows on their neighboring rows. Backtracking can reduce the impact of this problem by shifting the tracking angles of individual rows to limit shadow casting during these periods.

The new controller feature uses photogrammetric mapping (carried out by drones) to measure topography and precisely account for elevation changes between tracker rows. It then models potential shadow casting. This approach is intended to result in enhanced accuracy and flexibility, particularly on sites with undulating terrain.

Mathematically predicting the presence of shade on every row at each point in time, the SunPath algorithm works to determine an optimized angle for every tracker row during each day of the year. SunPath then instructs the controller to rotate the tracker to such angle for shade reduction. With this model-based approach, SunPath increases energy production from the moment it is installed, using predictable methods to make its calculations.

Traditionally, solar trackers follow the path of the sun, assuming that direct normal irradiance provides maximum solar energy to the modules. However, with sandstorms, cloud cover or smoke, direct irradiance drops and scattered light increases. A method that solely tracks the sun position is not necessarily the best approach.

SunPath does not simply move to a flat position during a diffuse light scenario, which is the traditional tracker response to diffuse light conditions; instead, the controller calculates the optimal angle based  on environmental conditions, considering amounts of diffuse horizontal and direct normal irradiance. The Voyager software controllers rotate the trackers to the angle that enhances production under those conditions.

The SunPath system is unique in the way it uses satellite imagery. It can predict, rather than simply react, to diffuse light conditions. The ability to predict cloud cover and other weather events enables the system to rotate the trackers to their ideal angle when the clouds appear, without remaining in suboptimal positions for an unnecessary amount of time. This advantage also works in reverse, enabling Voyager to quickly return to regular tracking strategies as clouds move on, or as diffuse light conditions clear.

With SunPath, no additional ground equipment is required because of the satellite-based approach, reducing equipment, installation, and maintenance costs. SunPath can be installed on existing FTC Solar controller equipment, making the new SunPath feature compatible with all of FTC Solar’s Voyager Tracker projects. That means that all existing and new FTC Solar projects can be optimized for additional yield capabilities with no additional installed hardware.

SunPath will continue to adapt and evolve over time to include more optimization strategies, with the goals of improving the intelligence of Voyager’s tracking performance and achieving higher production yields through technical innovation. Using FTC Solar’s proprietary controller, over-the-air updates  facilitate quicker additions of new features without the need for changes in hardware or on-site modifications.

SunPath is undergoing testing at commercial installations in Western Oregon and Louisiana, and at the Solar Technology Acceleration Center (STAC), FTC Solar’s joint research facility outside of Denver, Colorado.

Glad to read about successes using these approaches.  Lately most installations in our area have been fixed-mount.  The substantial life cycle costs of all the equipment associated with tracked solar arrays haven't seemed worthwhile.  Insolation is already low when the sun angle is low, so a small percent increase doesn't yield many megawatts during those hours.  Perhaps thoughtful innovations like these will shed "new light" on this analysis.

Data Intelligence Is Creating Real Progress in the Utility Sector

What's Your True North? Finding out how far away you are from achieving true Business Intelligence and Advanced Analytics Capabilities

Data Analytics as a Compass to Navigate the COVID 19 Storm 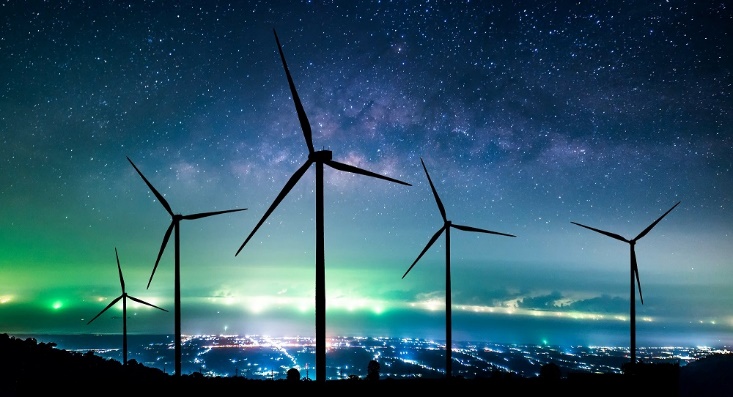