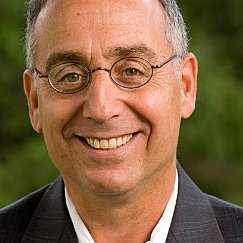 Utilities struggle to map their futures

Editor's note: The following is part of EnergyBiz coverage of the 2015 Itron Utility Week Knowledge Conference in Los Angeles.

The consiglieres serving the electric utility industry have been busier than ever these past few years for all of the well-known reasons: the unrelenting blows of competitors raining down on the business model.

Randy McAdams, a ScottMadden partner whose insights typically keep him on the road four days out of every week, has borne witness to the upheaval and has one overarching observation that won't ease the minds of sleepless utility CEOs:

No solid consensus has emerged for what might be the best strategy for utilities straining to keep up.

McAdams, who has more than 30 years of management consulting experience, would know, having helped develop strategy for some of the nation's largest public utilities, among other assignments.

Scheduled to speak Monday at the Itron Utility Week Knowledge Conference, McAdams noted that renewable costs have declined dramatically, the Clean Power Plan is now in place and that, thanks to technological advances, the boundaries between customers and producers are breaking down.

"The lines are becoming blurred. Regulators are rethinking the rate of return paradigm. All of this is bringing into question business models, including the vertically integrated model," McAdams said in an interview that preceded his appearance at the conference.

But what replaces that model? And how well is the industry adjusting to these new competitive pressures?

"I would not say that anyone has fully adjusted," McAdams told me. "Almost all of the utilities are talking about doing things. But no consensus has emerged. And I'm not sure there is a single right response."

Underscoring the problem, Itron's 2015 Resourcefulness Index found 83 percent of utility executives feel transformation is needed, 55 percent believe the industry is not running efficiently and 21 percent believe the state of infrastructure will be worse in five years.

Of course, a growing number of utilities are beginning to consider their various options.

Southern Co., for example, has been aggressive and is determined to satisfy whatever its customers want. Others are strenuously opposed to things like rooftop solar or net-metering.

Regardless, the pace of change is accelerating, McAdams said, and the threat is real and immediate for some and will only get only more prevalent, with implications for operations, pricing, regulatory affairs and even societal fairness.

Despite all of the tumult, the utilities sector was one of the few that not only outperformed the broader markets in the third quarter but had a positive return.

"I think it's a little riskier than it has been" to invest in utilities, he said. "But utilities still provide a service that is essential and always will be.

"They can do something that nobody can do despite the disruptive forces. ... It's one of the most capital-intensive industries in the world. No one else is going to build a power plant or a nuclear plant. The utility business is not going anywhere. But the imperative is there to adapt to new technologies and the possibilities of new business models and new paradigms."

Launch of the US Hydrogen Economy Roadmap

I'm not surprised. There is a lot of data that goes into the management of electricity and the flow of it as well.

Rayan commented on ...
One year of Deregulation in Ontario: Implementation, Back-out and Present Scenario

This solidifying of power cost as reported by the legislature was viewed as similarly as the finish of market deregulation in Ontario.

Energy investigation and creation is very subjected to the fast examination of progressively more intricate and bigger seismic imaging datasets.

To be honest network relying on radio towers across the area doesn't sound reliable to me though the fact that the traffic is encrypted delights me.