California’s power grid is on the forefront of two unavoidable trends: adding massive amounts of renewable energy and coping with extreme heat driven by climate change. The two-week September heat wave, which baked the state with the “hottest and longest” temperatures on record, put California’s grid to an extreme test – but despite record power demand, the lights stayed on.

So how did the state with America’s most ambitious renewable energy deployment goals avoid blackouts during one of the country’s most extreme heat waves in history?

The answer may seem ironic – California weathered this historic heat wave because it has gone all-in on clean energy technology like wind, solar, battery storage, and demand response. As the state accelerates toward its 100% renewable energy by 2045 target while planning for a hotter and drier future where extreme weather is the norm, California’s grid resilience experience presents a blueprint for other states to follow. 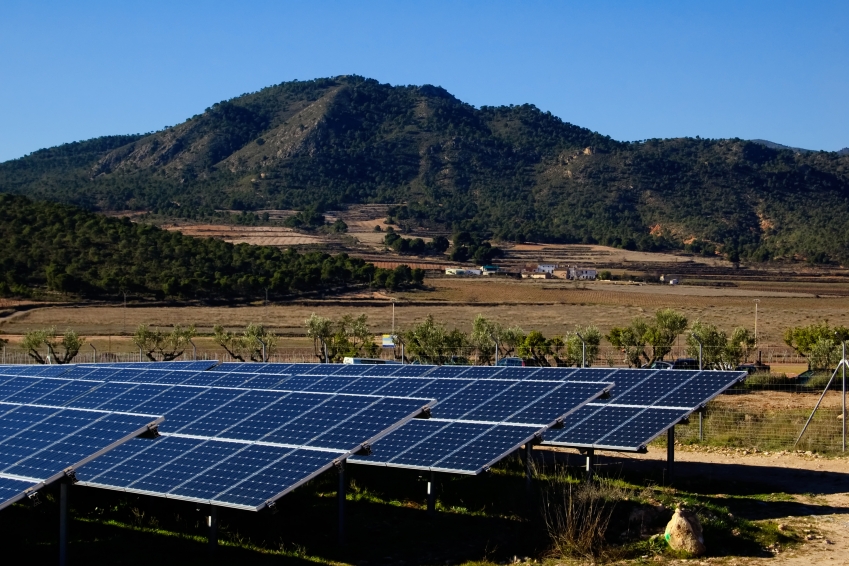 Q: California has added a significant amount of battery capacity in recent years to improve grid reliability. What role did they play keeping the lights on, and will they play a bigger role moving forward?

The recent heatwave showed grid scale battery storage has arrived in California in a big way. In 2020, the state had a mere 250 megawatts of batteries installed on its grid, out of a total statewide peak load of 52 gigawatts (GW). During last week’s heat wave, California had more than 3.2 GW of batteries supporting the grid, more capacity than the Diablo Canyon nuclear power plant. These batteries typically provide four hours of energy, so that’s 150 times more energy from just two years ago. Batteries played a critical role in keeping the grid running, and without them we would have experienced rolling blackouts.

California’s grid has the most installed battery capacity installed of any grid worldwide, and the United States led global investment in grid scale battery storage with nearly half of all investment last year. By investing in energy storage, the state has increased its resilience to extreme weather.

But this is just the start - more and more batteries are coming online in California. Earlier this year, the California Public Utilities Commission issued its preferred system plan, which includes 15 GW of new storage and demand response resources to be installed by 2032. More than 90 GW of batteries are proposed in the California ISO’s interconnection queue, showing strong commercial interest in battery storage. Batteries will be a crucial resource for meeting California’s ambitious clean energy goals, ensuring sufficient firm capacity to keep the grid running even in times without solar or wind energy.

Q: Customers seem to have played their part too, responding to text alerts to conserve power. How do you view this outcome, and what is the larger role demand response can contribute to reliability?

Demand response, where customers reduce their usage either voluntarily or through compensation, plays a critical role in grid reliability and is a key building block in the resource portfolio balancing supply and demand. In extreme cases like the heat wave last week, grid operators don’t always have enough generation online to meet load. In fact, most grids plan to have some small number of outages, as it is very costly to plan to meet load all the time.

Tuesday’s extraordinary text alert asking customers to reduce their electricity demand was successful in avoiding rolling blackouts – it was followed almost immediately by a roughly 2 GW drop in demand. But that sort of mechanism can only work in limited situations, and can’t be called on more than once or twice a year.

Ideally, California will strengthen its demand response programs, where consumers get paid to reduce demand, through automation like smart thermostats and other new technologies. A new program from utility PG&E rewarded customers who cut demand during the heat wave with $2 for each kilowatt-hour of energy saved. More than 1.5 million customers were enrolled in the program, and it’s an interesting model to consider across the state.

Q: Did the grid experience any outages, and if so, what was the cause of those outages?

Some localized outages were caused by distribution transformers overloading due to heat, and the City of Healdsburg misunderstood the grid operator’s emergency level and started load shedding (rolling blackouts) before they were asked to, but overall the grid held up well.

The weather facing the state, and the rest of the West, was prolonged and extreme. Not only does the hot weather mean record breaking load for the grid, it also means punishing temperatures can force equipment offline. Grid planners need to acknowledge climate change is pushing historic temperatures from extreme to normal and plan for more of these extreme, West-wide, long lasting heat storms.

SolarSOLAR3 provided a consistent 1313 GW of power to California’s grid last week from 9:00 a.m. to 5:00 p.m. each day, roughly a quarter of total demand. The evening hours from 4:00 p.m. to 9:00 p.m. were the times of greatest grid stress, as solar output drops but demand remains high. This is when batteries helped the grid, charging during midday and discharging in the early evening. On Tuesday, heat wave’s hottest day and the day of greatest grid stress, wind picked up in the evening and provided 2.7 GW of power.

While we made it through last week with the grid intact, California shouldn’t have to suffer such close calls in the future. The state is racing to install more solar, wind, batteries, as well as transmission to connect all these new resources to the grid.

However, supply chain challenges with both solar and batteries have delayed many projects, leaving the state short of meeting its goals. In addition, the pace of transmission development has not kept up with the demand, leaving many projects stuck in the queue waiting to connect to the grid. The state needs a comprehensive plan to deploy new projects and unblock the logjam of transmission development so it can meet its clean energy goals.

Excessive reliance on renewable energy is the cause of California’s energy woes, including stupefyingly high consumer energy costs.

Your analysis is utterly out of touch with reality.

You are correct Michael. Up here in Oregon we pay a huge price for "California's Historical Clean Energy Plan". I work for a utility-I can see the prices that go astronomically high when the sun goes down. This guy is living in LaLaLand.

I think one needs to be very careful how they parse this out. Yes, during the daytime there's no question that solar helped ride through the heatwave. But when you look at CAISO challenges, many occur over the evening ramp when solar is ramping out and load is ramping in, the neck part of the duck curve. In that case, solar is not really helping very much, it was predominately supported by the DR and BESS on the system. This failed to note CAISO leans very heavily on its tie lines for energy from its neighbors. I wonder how the equation would change if those tie lines weren't available?