When will then be now? Getting past consumer adoption barriers for the Internet of Things

By Andrew Machado and Mark Michalski

The buzz around connected devices continues to grow within the demand­side management industry. According to multiple sources — including the Consumer Technology Association and numerous demand­side management trade publications — homeowner adoption of the Internet of Things (IoT), and the subsequent development of smart homes, is not a matter of “if” but “when.” This article answers the question many ask when it comes to the Internet of Things – when will then be now?

In order to orient the reader, this section defines a few key terms. A network is a group of interconnected people or things. The Internet of Things is an extreme deployment of networked devices or machines, a.k.a. “things.” This network is an extension from our current internet in that human intervention is on the periphery. Machine­to­machine communication has been around for a long time, but now humans are ceding some direct control to machines. A network protocol is a set of rules for communication between two devices. Standards are then defined as adopted guidelines for communication, and often reference specific protocols. For example, the familiar Wi­Fi network is a wireless local area network (WLAN) based upon the Institute of Electrical and Electronics Engineers (IEEE) 802.11 standards. There are several protocols under this umbrella, including 802.11b, 802.11g, 802.11n, and the newest release from 2014, 802.11ac. Bluetooth is another example of a common wireless standard that is guided by the IEEE 802.15 standard for a wireless personal area network.

These standards and protocols are the “roads” which your IoT “cars” will drive on. And while you need lots of roads built to drive your car on, you also need lots of cars purchased and in operation to justify building those roads. This “chicken and egg” scenario slows market adoption for new technologies like the IoT, and a fractured communications standard market can increase uncertainty and inhibit growth. Once one or two communications standards are dominant enough to assuage consumer and product developer fears, the work to make device ecosystems plug­and­play will happen, smart decision makers will be driven by market forces, and the best products will win out.

Wi­Fi is being used for a lot of home automation devices, but is not a smooth fit for all of the use­cases of IoT, since it provides higher bandwidth than needed and uses more power than optimal. Cellular data (GSM, CDMA, TDMA) is also a poor fit for many IoT devices for similar reasons. ZigBee, Thread, Z­Wave, Bluetooth, and other communications options are also competing for dominance, albeit in a complicated, competitive/collaborative fashion. It is likely that the market will eventually consolidate and settle on a preferred standard. When that happens, it will feel familiar: like VHS beating Beta, Blu­Ray beating HDDVD, or even the proliferation of the Universal Serial Bus ports in electronics devices.

IoT devices include your utility smart (advanced metering infrastructure) meter, as well as your thermostats or building controls. The list of possible devices and applications is endless, and can include automobiles, appliances and electronics, distributed energy generation resources, and more.

A great number of residential­sector devices have been lumped into the Home Energy Management System or Smart Home category, but just because a connected device is communicating with another device at your residence does not mean it contributes to energy management or energy savings. A difference exists between connected and smart devices: connected (or networked) devices are not necessarily smart, meaning that they do not necessarily optimize performance characteristics over time. When homeowners begin to collect and install smart devices, they create smart homes. When homeowners use this network to monitor and reduce their electric demand or energy consumption, a home energy management system is created. Practitioners of demand­ side management programs want to facilitate the transformation of smart device purchases into smart homes conversion, then into home energy management system creation.

Many customers have not adopted smart devices, and a major factor inhibiting IoT growth within residences is utility. Essentially, either customer needs have not yet been met by the current IoT marketplace, or the marketplace may create or transform a need that did not exist previously. Consider how the advent of global positioning systems (GPS) created a consumer need for real­time navigation, transforming the need for paper maps and directional services (MapQuest, AAA, etc.). Another example is the iPod creating a need for podcasts, or transforming the need for radio programming and audio books. Similarly, customer utility will power the adoption of IoT technology, and help to lower some of the barriers.

Closely tied to utility is cost and security. Consumers need to perceive utility at an appropriate cost to adopt new technology. They also need to perceive that this technology is as private and secure as they demand. These barriers are intertwined, and progress on the communication platform may serve to mitigate security concerns and lower costs. Greater perceived utility may help to justify higher cost and greater privacy risk.

Where things are headed

It’s helpful to look at similar technology adoption patterns when trying to forecast the IoT future, such as Blu­Ray, VHS, GPS, and even expansion of electronic payment. The best forecast for IoT growth might come from within the IoT market and smart thermostats.Consumers were not clamoring for an internet­enabled thermostat in 2011, when the Nest was launched. Early adopters found utility in being able to remotely control and optimize their home heating and cooling from a smartphone app without extensive programming or permissions. The product had an aesthetic that appealed to the tech­ savvy, and the price point was high enough to create a luxury­item mystique. When the price was reduced, the mystique lingered long enough for widespread adoption and the utility was increasingly recognized. Initially, there were major barriers associated with installation, as many consumers discovered their previously­ignored home heating and cooling wiring for the first time, and the responsibility for technology integration fell somewhere between homeowner, HVAC contractor, and product manufacturer.

There are also still privacy concerns related to the thermostat, since these devices record home occupancy data. These cost, integration, and security concerns have not disappeared completely, but for the many thousands of product owners, the utility outweighs the barriers.

There should be some indicators when the market has completely laid the groundwork for full­scale consumer acceptance of the IoT. First, communications standards will converge. Maybe the new (2016) low power Wi­Fi standard (HaLow) will emerge, maybe the entrenched ZigBee will win out, or maybe some other protocol will explode; however, it’s likely that one communications standard will become dominant, and that will signal that IoT is poised for rapid growth.

Secondly, costs will drop. IoT devices will move from luxury items to everyday tools when prices drop. The Amazon Echo and Google Home are already priced in the prime zone of the residential product market. When adoption picks up, market shares grow and product manufacturing scales, then prices should drop again.

So when will then be now for demand­side management practitioners?

This transformation is expected to happen soon. In order for demand­side management programs to adopt IoT devices, program administrators need to assess potential energy savings and power distribution demand reductions. These savings assessments need research, support from stakeholders, viable products, and consumer interest. There is already a great deal of research for end­points like smart (Wi­Fi) thermostats and smart plugs. More end­points emerge every day, like in­home energy displays and Wi­Fi lamps, and more interface devices take hold as well, like voice­interactive home assistants. These devices will merit research to support potential stand­alone savings, and even combination savings. Imagine if a voice­interactive home assistance like Google Home increases Nest thermostat savings by 5 percent. The nexus point of products and platforms, utility and adoption, and research and support is coming…soon.

What You’re Missing with Your Large Business Customers 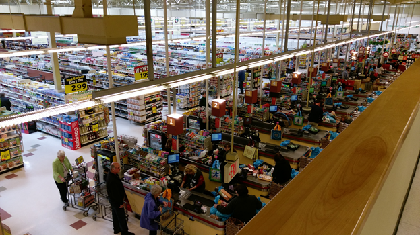 Lifestyle Segmentation – An Unexpected Aid to Advanced Measurement and Validation

A Time To Kill Some Misconceptions

AESP's Summer Conference is 2 weeks away! Don't miss out and register NOW!

Smart Thermostats – More than a Widget, More than Energy Efficiency

Nominations open for AESP Board of Directors.

AESP Members - You could be wrong. Let’s make it right and you get $5 too.

Driving Energy Efficiency in Hawaii: Loving the Earth and Giving Back to the Community

What in the EE world are you working on?

Tell Us, What in the (EE) World are you doing?!

This Earth Day tell us "What in the (EE) World are you doing?!"

Call for Posts: Are you working on any energy efficiency projects?