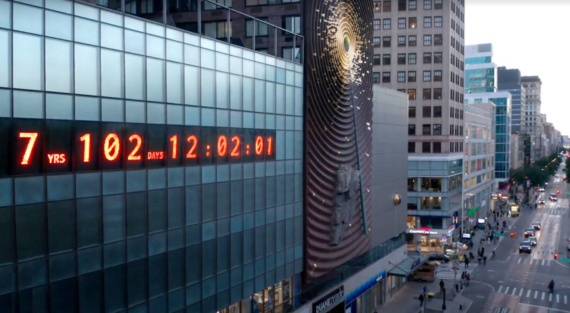 Joe Biden hit the ground running on Inauguration Day with a flurry of executive orders intended to address the threats to the nation and the world posed by anthropomorphic climate change. Among other things, Biden reaffirmed US participation in the 2015 Paris climate accords, revoked the federal permit for the Keystone XL pipeline, and made more realistic assessment of the damage caused by carbon dioxide, methane, and nitrous oxide part of national policy deliberations. Here is a portion of Biden’s Executive Order on Protecting Public Health and the Environment and Restoring Science to Tackle the Climate Crisis:

“It is … the policy of my Administration to listen to the science; to improve public health and protect our environment; to ensure access to clean air and water; to limit exposure to dangerous chemicals and pesticides; to hold polluters accountable, including those who disproportionately harm communities of color and low-income communities; to reduce greenhouse gas emissions; to bolster resilience to the impacts of climate change; to restore and expand our national treasures and monuments; and to prioritize both environmental justice and the creation of the well-paying union jobs necessary to deliver on these goals.”

Most people would agree that pollution is a bad thing. The problem is, not all pollution is visible to the naked eye, although it can be obvious to the nose. If we walk on a beach soaked in crude oil, the damage is easy to see. But gazing into a cloudless blue sky on a sunny day, it is impossible to see the gases that adversely affect our ecosystem. What can’t be seen is easy to ignore. We can pretend what climate scientists tell us about parts per million and hockey stick graphs is all a fantasy because we cannot confirm their findings using our own senses.

Accountants have many tools available to help them predict the economic impact of corporate action. In fact, many corporations use financial analytics to estimate what the cost of climate related risks will be. Now this latest executive order will apply those same accounting tools to shape policies at the federal level. According to the Environmental Defense Fund, “The social cost of carbon is a measure of the economic harm from [the impact of climate change] expressed as the dollar value of the total damages from emitting one ton of carbon dioxide into the atmosphere.” At present, that cost is around $50 a ton, although many experts believe the true cost is much higher than that. Estimates range from $100 a ton up to $200 a ton and sometimes more.

The point is, damage to the environment is currently what economists call an “untaxed externality.” It’s a factor that should be included in any accounting process but isn’t. The Biden directive will attempt to address that issue. The EDF says, “This vital [social cost of carbon] tool helps federal agencies make sound decisions to protect current and future generations of Americans. By properly accounting for the damages caused by carbon pollution, agencies can properly evaluate policies that affect greenhouse gas emissions. The social cost of carbon can help inform and improve the decisions the federal government makes.”

In addition, the executive order mandates computing the social cost of methane and nitrous oxide. The sum total will probably give lots of people heartburn but the alternative is to simply ignore the impacts on the environment of the pollution we humans cause. Of course, it is cheaper in the short run to behave in a blissfully ignorant way but the long term consequences will be dire and quite possibly catastrophic. The executive order says “[an] accurate social cost is essential for agencies to accurately determine the social benefits of reducing greenhouse gas emissions when conducting cost-benefit analyses of regulatory and other actions.”

TechCrunch says the Biden climate initiative will include top government leaders including the chair of the Council of Economic Advisers, the director of the Office of Management and Budget, and the director of the Office of Science and Technology Policy, a position the President has elevated to the cabinet level. Representatives from each of the major federal agencies overseeing the economy, national health, and the environment will be members of the working group, along with the representatives of the National Climate Advisor and the director of the National Economic Council.

The work is expected to move forward at an aggressive pace. This administration expects interim numbers on the social cost of carbon, methane, and nitrous oxide within 30 days, which federal agencies will use to monetizing the value of changes in greenhouse gas emissions resulting from regulations and agency actions. The President wants final metrics to be published by January, 2021.

An End To Keystone XL 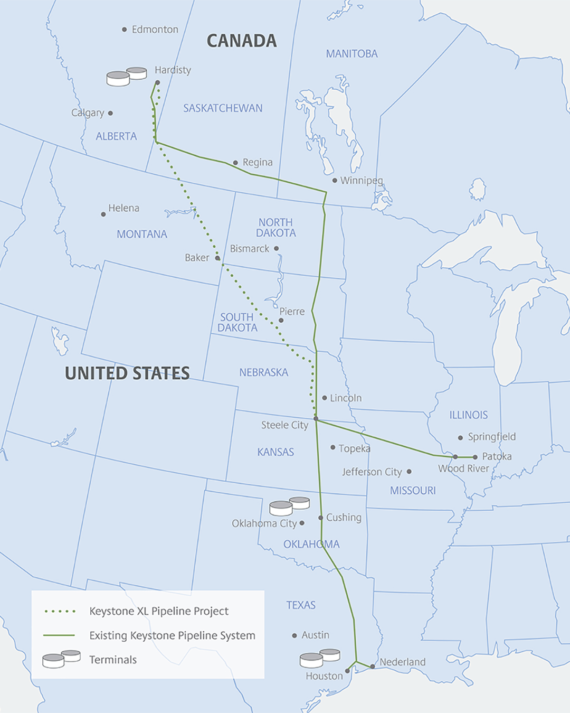 President Biden has also yanked the federal permit for the Keystone XL pipeline, a trans-border project that would transport 830,000 barrels a day of crude oil from Alberta’s tar sands — the dirtiest oil on the planet — to refineries in US including Oklahoma and Texas. Here’s part of the executive order making that change.

“The Keystone XL pipeline disserves the U.S. national interest. The United States and the world face a climate crisis. That crisis must be met with action on a scale and at a speed commensurate with the need to avoid setting the world on a dangerous, potentially catastrophic, climate trajectory. At home, we will combat the crisis with an ambitious plan to build back better, designed to both reduce harmful emissions and create good clean-energy jobs. The United States must be in a position to exercise vigorous climate leadership in order to achieve a significant increase in global climate action and put the world on a sustainable climate pathway. Leaving the Keystone XL pipeline permit in place would not be consistent with my Administration’s economic and climate imperatives.”

In simple terms, the Earth’s carbon cycle is like a bathtub. New carbon emissions fill the tub while trees, the oceans, and other carbon sinks act like the drain. If the gozzintas — the amount of carbon going into the system — equal the gozzoutas — the amount of carbon going out — are equal, everything is hunky dory. But if more carbon flows in than goes out, all hell breaks loose. The tub overflows and eventually ruins everything around it.

The Earth has a carbon budget, defined as the amount of carbon dioxide that can be added to the atmosphere before global heating exceeds 1.5º Centigrade. If all the oil locked up in the Alberta tar sands is extracted and burned, that alone will cause the amount of carbon dioxide in the atmosphere to exceed the Earth’s carbon budget. The government of Alberta is livid, of course, and says not building the pipeline will eliminate more than 10,000 jobs. Naturally, those are short term construction jobs and there is nothing to say the people building the pipeline couldn’t put their talents to work building solar and wind farms instead.

If we are going to address the climate emergency effectively, we need to get busy. Biden’s agenda is a signal to America and the world that the US is ready to do its part. But it won’t be easy. Comments on the TechCrunch story indicate the extent to which the status quo is the preferred option for many. Here’s a sampling:

Biden and his administration will endure plenty of pushback from Congress, lobbyists, and citizens committed to maintaining a system that excludes accountability for pollution. It will take a firm commitment to see his climate objectives through.

How did the crude come to the U.S. before the pipeline?

In rail tanker cars by the thousands. How will oil come to U.S. refineries who lack source in the future? Large ocean going tankers. The oil will not stop coming to the U.S. just because the pipeline is canceled. It will come by other means with greater, far greater risk, of environmental damage from leaks, spills, rail collisions, etc. A recent post states:

Environmental activists and Indigenous communities hailed the move, but traders and analysts said U.S.-Canada pipelines will have more than enough capacity to handle increasing volumes of crude out of Canada, the primary foreign supplier of oil to the United States.

Currently, Canada exports about 3.8 million bpd to the United States, according to U.S. Energy Department data. Analysts expect that to rise to between 4.2 million and 4.4 million bpd over the next few years. Pipeline expansions currently in progress will add more than 950,000 bpd of export capacity for Canadian producers before 2025, according to Rystad Energy.

Lets face it, XL Pipeline cancellation is a political not environmental decision.

The oil will not stop coming to the U.S. just because the pipeline is canceled. It will come by other means with greater, far greater risk, of environmental damage from leaks, spills, rail collisions, etc.

These are issues that definitely need focus-- but won't the root result be to make it more expensive to transport those fossil fuels, and in that way it will help serve to make the transition away from those fuels more important from a business case? Perhaps other economic measures could more effectively achieve that result, but by making it harder and more expensive to move the fuel it does make the cleaner options more appealing in comparison