Michael Hartnack is a Senior Solutions Director at E Source. He specializes in emerging technologies in DSM, DR, and DER integration, and works with utilities to help them identify and integrate...

Large centralized power plants continue to play a role in providing alternating current (AC) power to the wholesale power grid; however, there is growing momentum at the medium voltage (MV) level to diversify power offerings and pursue hybrid solutions that incorporate more direct current (DC). Given significant political and stakeholder support for inverter-based native DC power sources, such as solar PV and battery storage, utilities and solutions providers seek to reduce DC-AC-DC conversion losses. The growing integration of MVDC can enhance the efficiency of renewable transmission and improve microgrid reliability. An even more convincing argument can be made to develop new MVDC networks where no incumbent AC infrastructure exists. Island-to-island generation connections, sole-source renewable generation with MVDC, and microgrids in the developing world are ripe for MVDC network development.

The fundamental architecture of the modern electricity grid is based on a top-down, radial transmission system. The grid is predicated on unidirectional energy flows from large centralized power plants, which are becoming obsolete. The grid is beginning to decentralize due to the proliferation of renewables, microgrids, and distributed energy resources (DER). New forms of power aggregation and T&D are increasingly vital. This evolution creates room for new DC architectures—especially for grid-tied applications such as short-distance MV offshore renewables, DER integration, and back-to-back asynchronous grid interconnections in either AC or DC grids. Remote off-grid applications such as island-to-island power and interconnecting multiple microgrids with no high voltage power and are also gaining traction. Renewable capacity is rapidly increasing globally. A significant driver of any network infrastructure technology is the growing need to adapt the grid to not only meet energy demand but also integrate utility-scale renewables and distributed generation. High voltage DC (HVDC) technology is optimal for carrying high amounts of power over long distances, connecting large remote and offshore renewable installations with areas of high load. MVDC networks bring many of the same advantages to networks at lower voltages with lower loads over shorter distances, at lower costs. MVDC networks are ideal for connecting smaller remote, offshore, or island wind farms to each other and to the mainland in voltages up to 100 kV. The MVDC networks can achieve this kind of connectivity by using voltage-source converters and multilevel modular converter technology. The majority of these installations require transmission networks of less than 100 km in length, as a longer network would require higher voltage to mitigate losses.

Renewable generation—especially smaller facilities— face significant challenges with grid integration, including voltage instability, power quality fluctuations, and load flow management. Reactive power functions of an MVDC network provide network operators with the ability to quickly compensate for voltage or power quality fluctuations and stabilize irregular electricity flows. DC systems also allow the disconnection of a renewable plant from the AC grid in the case of a network fault—enhancing the AC grid’s reliability while still providing synchronous renewable generation most of the time. The majority of solar and storage, and many wind installations, produce DC power therefore a MVDC network would eliminate the need for an inverter connection to the traditional AC network. Removing the inverter connection would enhance efficiency and reliability while reducing costs. 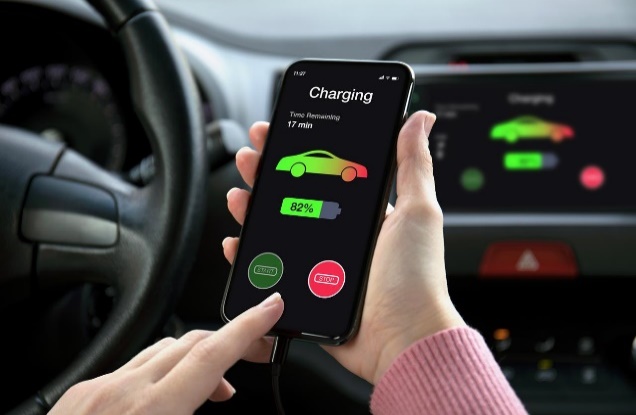 The growing popularity of EVs affects the development of DC technology. Large oil companies are exploring ways to leverage existing infrastructure, such as gas stations and other commercial transmission assets, as hubs for fast charging at MV levels. The debate revolves around whether utilities would provide DC as a service offering or whether each company with such a service station would privately provide the service. Another option might be third parties, such as merchant transmission operators, building MVDC infrastructure with EV fast charging as a service. In any case, the phenomenal growth in DC fast charging at commercial sites could pave the way for complementary microgrids or nanogrids. Microgrid or nanogrid adoption could lead to greater hybridization and synchronization of grid infrastructure while continually enhancing grid performance and reliability. This application will almost entirely occur at voltages under 40 kV.

Many microgrids operate at voltages under 1.4 kV so they do not qualify as MVDC installations; however, voltages may rise as networks of microgrids seek connection to each other and to a stable HVAC network. MVDC’s ability to interconnect multiple asynchronous AC grids is a primary driver for the installation of MVDC terminals throughout large networks of connected microgrids. In case of a microgrid failure, power can be drawn from connected microgrids at MV levels to deliver needed energy. If the microgrid or network of microgrids is connected to a HV grid with an MVDC converter station, reliability, and stability of the microgrid network is enhanced significantly.

This application will become increasingly important in areas across Asia, Latin America, Middle East & Africa, and other developing regions that seek to install microgrids instead of traditional HV power networks for low load areas. With a DC interconnected network of remote microgrids or nanogrids, significant gains in reliability, power quality, and stability will be realized. 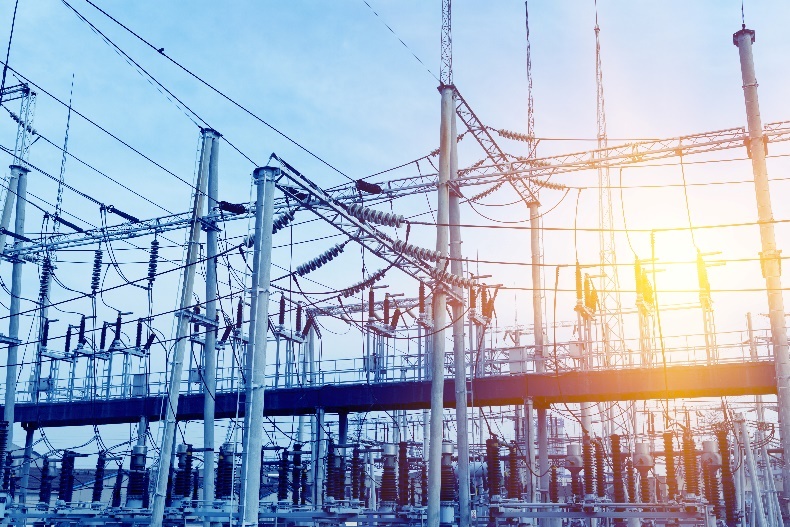 Load growth and the expanding penetration of distributed generation is straining much of the world’s T&D infrastructure. T&D lines often run at full capacity and sometimes new lines must be built to accommodate load growth, particularly in densely populated or high population growth regions. A network operator can increase capacity, improve power flow and voltage control, and eliminate the need for new transmission construction or new generation by converting an existing AC line at any voltage to DC. This is traditionally considered a standard driver for HVDC, but for smaller systems, MVDC brings the same benefits at lower costs than high voltage systems. This AC-to-DC conversion upgrade is important in North America and Europe where it is difficult to obtain new right-of-ways or construct new transmission lines, especially overhead. The conversion of an existing line from AC-to-DC can be cheaper than a reconductor or rebuild option.

DC technologies are not new, however, new applications are made possible by technological advances in energy systems that allow for more creative networking of generation, load, and storage. The age-old battle between legendary inventors Nikola Tesla (AC inventor) and Thomas Edison (DC inventor) is over hyped. There will be greater hybridization of AC and DC with an incremental, but increasing, consideration of MVDC solutions.

A rise in renewable energy installations and an increasing demand for stable, reliable, and interconnected grids drives investment in new power system infrastructure globally. On the transmission side, this means new infrastructure at all voltages—both AC and DC—is needed to transmit power from generation sites to load centers. MVDC transmission brings advantages to applications that cannot be matched by AC technologies.

Interesting read-- are there any regions/countries you can point to that have really steered into this need for MVDC that can be looked at as a pilot or roadmap for integrating more of this technology?

Great question!  I think Europe is going to be a leader here, especially countries that are either physically or electrically islanded from neighboring grids and which have challenging geographical and topographical environments.  MVDC's interconnection and stabilization functionalities will be great for overcoming those challenges.  Additionally, with much of Europe focusing on integrating offshore renewables, leaning into a transition to underground lines, and a growing need for smaller transmission system footprints, MVDC can be a strong solution.

I've long advocated for a migration to underground DC at the distribution level to homes and businesses. That's partly for aesthetics, partly for reliability and lower maintenance, but mostly for ease of integration with distributed PV and battery backup systems. A lot of gnarly issues one has to deal with for AC just go away.

As a former systems engineer, I've had experience with power distribution at the level of circuit boards and chips. I know how easy and efficient DC to DC conversion has become at the low voltage end of things. I don't have any working experience with medium and high voltages. I'm curious about MVDC vs. HVDC networks.

Aside from the obvious differences involving current levels and ohmic losses, are there qualitative differences between the two domains? Say, in switching technologies required? Does 100 kV reflect anything fundamental, or is it an arbitrary boundary for classification purposes? I know it's possible to run at least 300 kV cables underground or on the seabed, but I don't have much feel for what complications the higher voltage might entail.