Posted to GridIntellect, LLC – A Veteran-owned Company in the Clean Power Professionals Group

By Stuart McCafferty and Eamonn McCormick

This is Part 2 of a 2-part series on the oil and gas industry, their part in the current global climate crisis, and a conversation on biofuels and their efficacy within a sustainable energy economy.

Part 1 and all GridIntellect articles are available here. 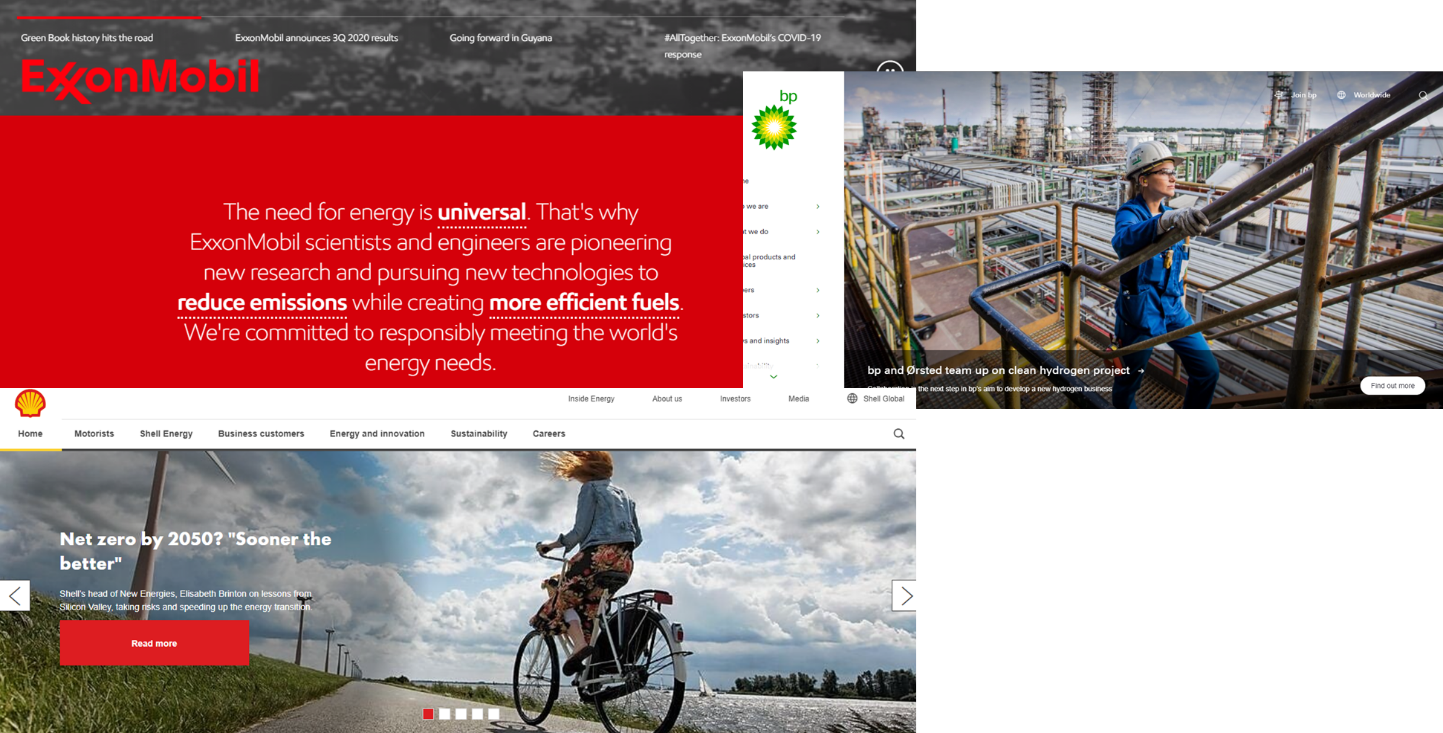 Oil and gas companies are in “reputation-mending” mode.  If you navigate to Exxon, Shell, and BP’s home pages, all are filled with propaganda about their efforts to address emission reductions, clean energy, and net zero fuels.  They are doing their best to convince the world that they truly care about climate change, and that they are doing their part to save the earth and humanity from the impending doom that the use of their products largely created.  The cornerstone of much of the oil and gas industry’s carbon neutral fairy tale is around the development of biofuels.

Oil companies such as BP, Shell, and Exxon Mobil have been peppering the public with tv commercials, digital marketing, and “sciencey” collateral on all they are doing to help with climate change and environmentally-friendly oil and gas products.  Shell even went so far in 2019 as to state with great fanfare and derision towards the electric power industry that it would become the world’s largest electricity company – mostly by trading electricity generated by others.  Really?  Anyway, a big piece of this marketing effort to win the hearts and minds of the public is around the use of biofuels that are somehow much better than the stuff they drill for.

Figure 4:  Reimagining Hydrocarbon Fuels – Make it Look Like Good Science and a Friend of the Environment

All of these oil and gas companies are desperately trying to make a pivot towards more environmentally conscious energy producing products.  But, they cannot get out of their own way.  They immediately gravitated to the idea of burning man-made hydrocarbon fuels to generate power and are actively spinning the story to try to generate better public opinion even though they really haven’t changed all that much.  Instead of drilling for hydrocarbon petroleum products, they are manufacturing them instead.  It's crazy!

That said, there are some wind and solar photovoltaic (PV) R&D projects being funded, but that research is not nearly as visible and “public facing” as the tv commercials and digital advertising spotlighting laboratories, scientists, beakers, petri dishes, and measuring devices for their emerging biofuel businesses.  SCIENCE!  It’s the last desperate hail Mary pass that will end as a dropped pass 20 yards short of the end zone for the entire industry.  The oil and gas industry is dying.  And, good riddance to them.

Biofuels, sometimes referred to as biomass, are fuels created from plants through fermentation or transesterification (yes, that’s a real word).  By the way, transesterification of biodiesel is the process of using a strong acid or base catalyst on vegetable oils to form fatty acid esters and alcohol.  It’s a process that creates a diesel fuel source and a lipid byproduct that is water insoluble.  Does that sound environmentally friendly?

The supposed appeal of biofuels is the idea that the carbon dioxide that’s emitted when they are burned are equivalent (carbon neutral) to what they had absorbed from the atmosphere when the crops were growing.

If you’re like me and someone asked you, “Would you rather smoke a pack and a half of cigarettes a day or just a pack?”, you might ask, “Is there another choice?”.  Certainly, if those were the only two choices, you would likely select the 1 pack over 1 ½ packs.  But, the fact is that there are other choices.  You really don’t have to smoke any cigarettes because either way, both choices are bad for you!  Yet, that is where we are with biofuels.

No matter how you slice it, biofuels are still carbon-emitting fuel sources.  They are no different from fossil fuels except in how they are marketed as carbon neutral.  You could argue that fossil fuels were at one time carbon neutral as well, since they were organic materials (such as zooplankton and algae) that at some point in history were also absorbing carbon.  But diesel fuel created from plants burns just like diesel fuel removed from underground, albeit with slightly less carbon emissions in some cases.

Some benefits of biofuels include:

Some of the key concerns of biofuels include:

For the time being, there is no doubt we need hydrocarbon fuels to meet the energy needs of society.  Our existing power and transportation infrastructure were built for fossil fuel usage, in part, due to the dominant fossil fuel industry’s “political machine” and influence.  It will take time to transition to a fully sustainable energy economy where renewables and other environmentally clean technologies dominate how we generate power and how people and goods move around.  In reality, there may always be a place for hydrocarbon fuels, but it will be less and less – and with that lack of need, the value of liquid fuels will continue to decline as well.

Part of that transitional need for hydrocarbon fuels could and should be met by so-called biofuels.  But, make no mistake, it is not for the benefit of the atmosphere.  Perhaps you can make the argument that turning organic waste into biofuel has a societal benefit due to reduction in land waste and for making use of garbage and other organic byproducts that are naturally generated by humans.  But, to spend a lot of time, money, and effort to deliberately plant crops to manufacture biofuels on land or water that could have be used for other beneficial societal purposes, burn them like you would fossil fuels, and spin it as environmentally friendly?  Really?

Biofuel is the “clean coal” of the petroleum industry.  It is a deliberate marketing strategy to veil the truth and extend the life of burning hydrocarbon fuels to energize the world.  It’s bad for the earth and it’s bad for all its living creatures.

Imagine where we might be today with renewables and battery technologies if the oil and gas industry in the 1980’s had said, “The burning of fossil fuels is making our planet sick and the fate of all mankind could be in jeopardy if we don’t do something about it.  Our industry will lead the way to clean technologies to transition us away from the use of carbon-emitting fuels for energy generation.”  Well, that obviously didn’t happen, but if it had, we might be 20-25 years ahead of where we are today and may have completely avoided the dire situation we are in.  And the oil and gas companies also would have remained respected, relevant, and profitable instead of destined to their self-imposed lack of trust and extinction.

Exxon: The Road Not Taken, https://insideclimatenews.org/content/Exxon-The-Road-Not-Taken, 2015

Stuart, great article. By espousing this point of view (if you aren't already) you will begin to feel the invisible pushback of the world's largest industry - one even better at generating the propaganda you describe than pulling ancient carbon out of the ground.

The #1 problem with fighting climate change is simple, and it has nothing to do technological challenges: its problem is there's no money in it. Energy companies thrive on consumption, whether it's gas, or oil, or goal, or building huge solar farms requiring thousands of PV panels or mirrors, or building huge wind farms, occupying tens of square miles in the ocean.

Efficiency isn't coveted by the huge energy monopolies selling us electricity - efficiency is their enemy. De-regulation has allowed them to recover not only the cost of the fuel they use to generate electricity, but a substantial profit on top, creating the perverse incentive to burn as much fuel as possible to generate the least amount of electricity.

In a recent discussion with a filmmaker who had produced a film about new nuclear startups, I experienced somewhat of an epiphany. I was relating my frustration with policymakers who shunned nuclear energy as a promising source of clean energy when a smile crept across his face.

"People think utilities are in the business to sell electricity, but they're not. You can argue how efficiently nuclear reactors can convert fuel to energy, but you're wasting your breath. It's all about selling fuel."

Though Michael Moore's recent film Planet of the Humans took a hard look at consumption, many were critical it offered no prescription for the future, no solutions. It appears to me that our only hope for addressing climate change lies in government action. If we leave it up to profit/self-interest to win the race against climate change, the race is over before it starts.

Bob, thanks very much for reading the articles.  I sincerely appreciate it and your comments.

I read today that our government funded "Coal FIRST" research with $118M of DOE money in 2020.  Last year was similar funding.  This is money that you and I spend in taxes, and our government subsidizes the worst climate offenders with our money.  DOE does do some good work, like the grid architecture and IoT work going on at PNNL.   But, this is just disgusting and the DOE should be ashamed about the misuse of taxpayer dollars.  Although I am hopeful that a new administration will put our tax dollars behind the science of climae change instead of subsidizing the good ol' boy network for strictly political reasons, I'm not holding my breath.

Article Follow Up:  More Shellfishness and Fuelishness from Shell Oil

You can’t make this stuff up.  After publishing our 2-article series (Part 1 and Part 2), Biofuels:  Really?  Don’t Fuel Yourself, we did not expect such a rapid validation of the concerns we expressed on the true commitment to environmentally responsible products from the oil industry.

The week after these articles were published, Royal Dutch Shell confirmed an exodus of its renewable energy leadership due to “discord over green push”.  According to Financial Review, “The wave of resignations comes just weeks before Shell is set to announce its strategy for the energy transition. Some executives have pushed for a more aggressive shift from oil but top management is more inclined to stick closer to the company’s current path . . .”

Shell VPs of solar, storage, onshore wind, distributed energy, and energy transition team have all recently resigned.  According to Financial Times, people familiar with these resignations state that there are questions about whether change is really happening at all and that the commitment for true action by Shell and the pace for a transition are leading to frustration amongst the more progressive leadership.

This is quite telling-- as will be watching where these VPs go next, that's what I'm quite eager to see at the moment