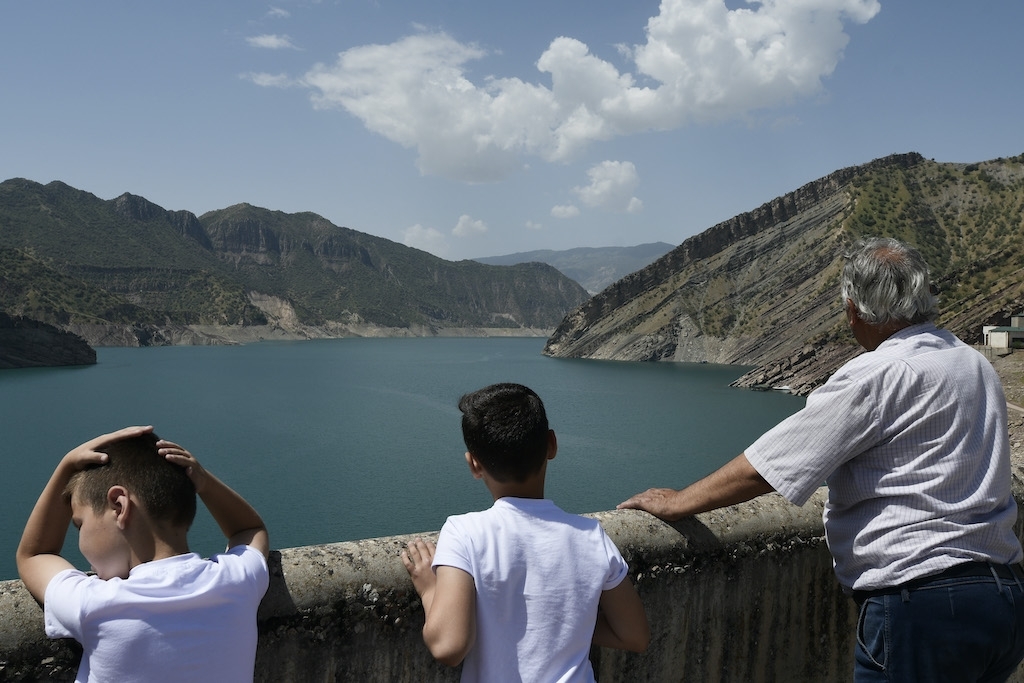 Tajikistan says it has stopped delivering electricity to neighboring Uzbekistan and Afghanistan because diminished river levels caused by a winter of reduced snowfall have constrained output at the Soviet-build Nurek hydroelectric plant.

A statement posted on President Emomali Rahmon’s website on July 28 stated that snowfall in the areas where melted ice pours into the Vakhsh River was at levels of 50 percent compared to previous years.

“This is the first time something like this has happened in Tajikistan,” Rahmon wrote.

Uzbekistan had already reported problems earlier in the month. On July 24, the country’s electricity grid operator issued a press release to say that it has been forced to ration provision of power because of what it termed a discrepancy between the amounts of electricity being produced and consumed.

“The volume of restrictions is around 1.5-2 million kilowatt hours, which is about 0.8-1 percent of average daily consumption,” the company said.

Developments in Tajikistan were cited as a specific contributing factor.

The National Power Grid of Uzbekistan reached a deal in May with Tajik power monopoly Barki Tojik to import electricity that Dushanbe produces at its hydropower plants – the main one of which is Nurek. The contract was due to run up until September.

Uzbekistan has now turned instead to Turkmenistan to make up for shortfalls. Those deliveries were due to begin from July 28.

The government has pledged to increase the volume of power generated by renewables, but numbers are still far short of potential. In June, the Uzbek Energy Ministry announced a tender for the construction of a 100-megawatt wind power plant – part of the government’s strategy to reach the target of having one-quarter of its electricity needs covered by renewable sources by 2030.