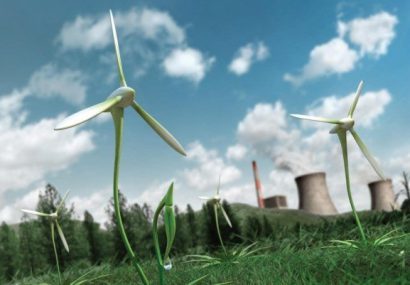 Iran is capable of building wind power plants in the country with a total capacity of over 7,000 megawatts (MW), said the spokesman of the Renewable Energy and Energy Efficiency Organization, known by the local acronym SATBA.

TEHRAN (Iran News) – Iran is capable of building wind power plants in the country with a total capacity of over 7,000 megawatts (MW), said the spokesman of the Renewable Energy and Energy Efficiency Organization, known by the local acronym SATBA.

Jafar Mohammadnejad-Sigaroudi made the remark in an Instagram post on Saturday, adding that at present, the country’s wind power plant capacity stands at 302 MW, IRNA reported.

He noted that the country’s wind and solar power plants become more active in summer, generating over 80 percent of their annual electricity output, which can prove helpful in the effective management of the national network’s consumption peak during the warm seasons.

Commenting on a visit by Energy Minister Reza Ardakanian to the eastern Iranian province of South Khorasan on Saturday, SATBA spokesman said construction of a 50-MW wind power plant started in the province concurrently with the minister’s trip.

The wind power plant is expected to become operational in the next Iranian calendar year, starting March 2021, with €70 million in investments.

The project will be implemented using domestic capabilities by MAPNA Group, an industrial enterprise consisting of the parent company, MAPNA Group Company, and more than 40 subsidiaries. The power plant will be equipped with 20 turbines, each with a power generation capacity of 2.5 MW, and an 80-meter high turbine tower.

Once completed, the power plant will help reduce the country’s diesel and water consumption by 45 million liters and 125,000 cubic meters per year.

This comes as renewable power plants with a capacity of 350 MW are under construction in the country.

In addition, the increased use of renewable energies in the same 30-day period to February 19 helped reduce the consumption of fossil fuels and emission of greenhouse gases in the country by 1.25 billion cubic meters and 3,032 tons, respectively.

Iran is speeding up efforts for the development of the renewable energy sector. In early February, the Energy Ministry, in a report, announced that the latest data shows Iran’s electricity generation capacity from the renewables had reached 841 MW.

The report added that the country’s renewable power capacity had grown by five times since 2013.

It said a total of 120 MW-scale renewable power plants are active in Iran, including 55 solar farms that generate more than three terawatt-hours (TWh) of electricity and 19 wind farms with around 2.6 TWh of capacity, Press TV reported.

Scientific studies suggest that Iran can increase electricity generation from the renewables to up to 80,000 MW, of which around 80 percent can come from solar energy.

The Iranian government has defined a target of 4,000 MW for 2021. An umbrella development document stipulates that Iran should generate 5,000 MW of renewable power by March 2022.

An increase in renewable capacity can also allow Iran to free up a significant amount of natural gas burnt in thermal power plants and feed it to export pipelines.