A new solar power plant in New Orleans East will generate enough electricity to run 3,100 homes when it gets up and running next month, part of a broader plan by Entergy to diversify its power generation sources.

The rows and rows of solar panels, which sit on 100 acres inside of the NASA Michoud Assembly Site, are being constructed by Entergy New Orleans and its partner, DEPCOM Power.

When the 20-megawatt plant is complete in November, it will deliver renewable energy directly to two distribution feeders at Entergy's Sherwood Forest substation, sending that solar power out to all utility customers.

The project is a realization of Entergy's larger push to add a mix of solar, nuclear and natural gas-fired power sources to its portfolio in the coming years. Entergy's $210 million, 128-megawatt gas-fired power station in New Orleans East began operating in May.

During a recent tour of the sprawling solar site, Entergy New Orleans Chief Executive David Ellis said the two plants will work together to ensure power reliability. The gas-fired station can be put online quickly and does not need sunny weather to operate.

"What we don't want to happen during a hurricane is to be severed from the transmission system and not have power available for the residents of New Orleans," Ellis said.

Entergy has been working for years on a plan to add up to 90 megawatts of renewable energy to New Orleans' electricity grid. When the $42 million solar plant is combined with plans to buy power from solar projects in St. James and Washington parishes, solar will account for almost 10% of the company's power generation.

That's 20 times more solar than exists presently. Overall, it takes about 1,100 megawatts of power to run homes and businesses in New Orleans.

The utility's plan is in line with a push by the City Council, its local regulator, to increase New Orleans' reliance on non-carbon emitting power sources by 2040.

Councilmember Helena Moreno, who chairs the council's Utilities Committee, praised the solar plant while on a tour last week.

"I'm really proud of this," Moreno said. "We are doing everything possible to make sure that New Orleans has a sustainable future, and what you are seeing here is part of it."

Ellis said new plant works hand in hand with the utility's other power station in New Orleans. That one caused of controversy when it was first approved by the council two years ago.

The process was infamously marred by Entergy's indirect hiring of actors to support its project at public meetings, after environmental activists and New Orleans East residents turned out on several occasions to protest the plant's construction and emissions. Those groups sued, and after more than two years of litigation, the Louisiana Supreme Court this month denied their appeal of a 4th Circuit Court of Appeal ruling that upheld the council's approval of the gas-fired plant. 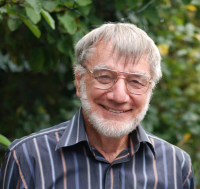