Dubai's Sustainable City: A community that produces its own food 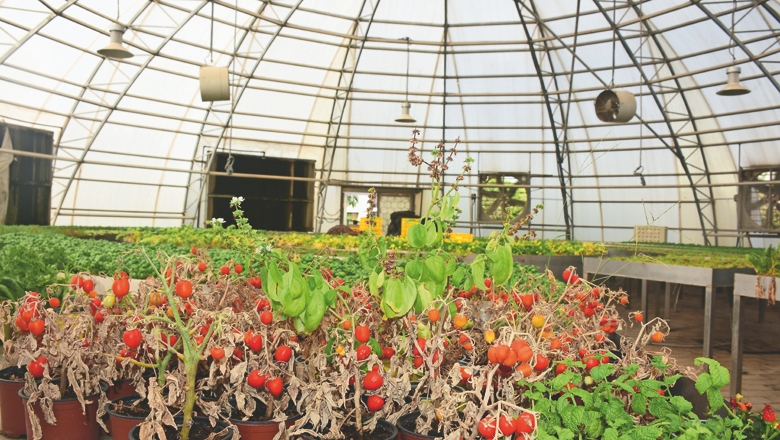 Did you know that cooking oil was used for constructing new buildings in a community in Dubai? As the region's first fully operational sustainable community, The Sustainable City (TSC) has used B100 biodiesel to fuel the construction of new buildings, including a school which opened in January and the soon-to-open autism centre, in phase 2 of its development programme.

Unlike conventional diesel that is used to power construction equipment, B100 biodiesel cuts harmful emissions such as carbon monoxide by 50 per cent and leaves no toxic residues.

"This makes construction really sustainable," said Karim Al Jisr, executive director of The See Institute, located at TSC. "We purchased B100 biodiesel from a bio-refinery in the Dubai Investment Park. The biodiesel was produced mostly from cooking oil used by fastfood chains, including McDonald's. "We have demonstrated how to design and live in a low-carbon community."

Al Jisr can back this claim with verifiable statistics. With the use of biodiesel, the city has reduced its carbon footprint by up to 150 tonnes of carbon dioxide per year during the construction period.

Last year, the community reported that it had saved 6,554 tonnes of carbon emissions from the various sustainable measures practised within the community. This is equivalent to 670 SUVs taken off the road for one year.

The community also has a lower energy consumption because of the solar panels that have been installed in every household, according to British expat and TSC resident Izabela Morriss.

Electricity cost averages only 97kWh per square metre per year, which is 40 per cent lower than stipulated in the Dubai green building standards. Also around three per cent of households at the community have adopted an electric vehicle.

"I can honestly say I pay less for electricity at my four-bedroom villa than at a two-bedroom flat anywhere in Dubai," Morriss, who moved to TSC three-and-a-half years ago, said. "We were one of the first families who moved here. What I love here, aside from the concept of sustainability, is that the villas are designed attractively.

"I love the community feel and the idea of walking concept (TSC has clusters where cars are not allowed) and the family and community areas." Residents at TSC also farm and produce their own garden vegetables. It is home to 11 temperature-controlled bio-domes where residents are actively involved in producing their own food.