Alaska Hydro is in the permitting stage of a 75 MW hydroelectric storage dam and generating plant on in north western BC. The project is planned to generate approximately 346 GWh of electricity annually and deliver the Energy to BC Hydro's substation at on .

Alaska Hydro is in the permitting stage of a 75 MW hydroelectric storage dam and generating plant on in north western BC. The project is planned to generate approximately 346 GWh of electricity annually and deliver the Energy to BC Hydro's substation at on . 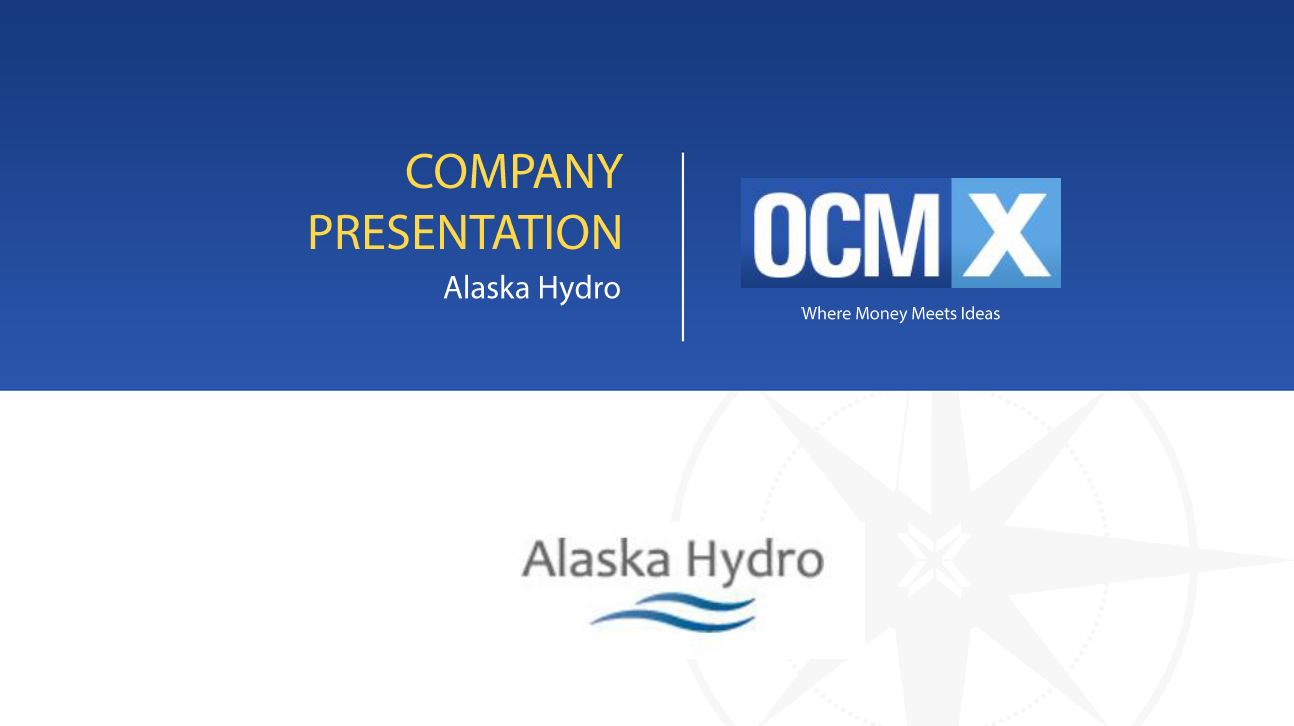 Peak Capacity - Most recent hydroelectric projects have been run of river with the result being energy is produced when not needed and lower demand results in lower prices. project can store water and deliver power in peak demand periods at higher prices.

Green Energy - Hydro electric energy is considered green as it does not produce CO2. Coal-fired and gas-fired electricity generators produce green house gases and as a result are coming under severe regulation. Some producers incur huge costs to comply or be shut down . There is or will be a carbon tax added to production cost of carbon-based electricity producers which will increase operating costs and reduce their competitiveness in the market.

Carbon Offsets - Green energy producers create carbon credits that can be sold or used in cap and trade with projects that generate high volumes of CO2 to generate additional revenue.

Low Reliable Input Costs - Hydro projects do not have volatile input costs. based generators are subject to the vagaries of commodity markets which create significant long-term operating cost risk.

Financing - Owners who have projects that rely on carbon based fuels cannot sign long-term fixed sales contracts and as a result cannot provide security for long-term project financing.

Tax benefits - Flow through financing allows investors to write off the purchase of shares against income.

has been a self-employed consultant since 1992. He served as CEO and as a director of from incorporation in until at which time the Company was acquired by also served as a director of , a company listed on the and the NYSE Amex, from to and Skyline Gold Corp From 1992 to 2016. received a Bachelor of Arts degree from the in mathematics and economics in 1963.

has been a self-employed consultant since 2008. From 1999 to 2008, he served as Vice President and Secretary of , listed on the TSX and NYSE Amex. He also served as a director of Kimber from 2002 to 2006 and as an officer of , listed on the from 1998 to . Previously, during his career, he was a senior officer of a number of large multinational corporations in the resource sector. He holds a Bachelor of Laws (1968)and a Bachelor of Commerce (1967) from the .

is a Tlingit Native born and raised in . He has served on the city council for the city of and from 1997 to 2010 he was a member of the Board of Directors of the . While on KTC Board he was President of llc., President of and President of llc. is currently a self employed general contractor and serves on the planning commission for the City & Borough .

is a member of the Tahltan First Nation and former Councilor of the . is President of T'senaglobe Media which provides media development services assisting resource companies in meeting environmental and disclosure commitments required by the provincial and federal Environmental Process. He is also Co-chair of the and an Associate member of which creates relationships between indigenous peoples, resource businesses, governments, and communities.

has over 30 years of land use planning, regulatory and environmental science experience. He has worked in the hydropower industry since 2007 providing regulatory feasibility analysis, strategic compliance planning and environmental impact assessments. He has been involved in many aspects of natural resource management ranging from forestry and watershed protection to restoration of contaminated waste sites. He graduated from in 1983 with a Bachelor of Science degree in Freshwater Sciences.

is the President and Director of Synex Int'l, a TSX listed company, involved in consulting, building and operating hydro projects in BC. He is a professional engineer and brings a history of design, construction, operation and management skills required for hydro electric projects. He is also a director of which developed and operates the project in , majority owned by the Hupacasath First Nation projects. He was a director of and involved at the early stages of the Forrest Kerr 195 MW project developed by Coast Mountain that is now owned and operated by