70% of nomads in Tehran province use renewable energy 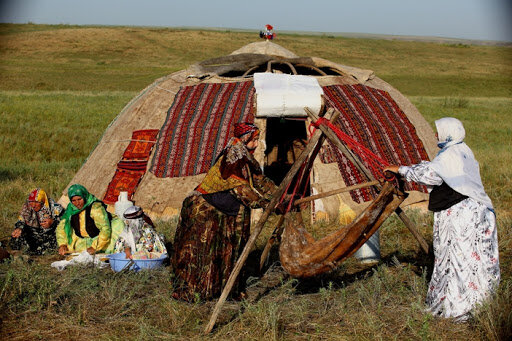 Solar panels have been provided to 2,200 nomadic families, he highlighted.

According to him, by the end of the Sixth Five-Year Development Plan (2021), all nomadic families in Tehran will be equipped with solar power generators and clean energy.

According to the Statistics Center of Iran, 14,315 nomads live in the metropolis of Tehran.

Solar panels generate enough power to help families meet their needs like charging emergency lights and cell phones and use the TV in the deserts and plains.

Nomads generally are on the move in search of pasture and water for cattle, set up tents, and nurture livestock.

Technology has created the conditions to help nomads and tribal communities with facilities to ease their daily, often difficult, tasks without interfering in their way of life.

Based on the Iranian Renewable Energy and Energy Efficiency Organization (SATBA) data, so far over 5,000 such rooftop stations have been installed for households across the country and the government plans to build and distribute even more of them in the future.

More than 90 percent of these small-scaled power stations have been installed in underprivileged areas, according to the Director-General of SATBA’s Regulatory Office, Mojtaba Loni.

The power stations are installed to promote the use of renewable energy sources in the country, and in this regard, the government also guarantees the purchase of the excess electricity from these units.

Now, ECBC must for getting approvals for commercial, non-residential buildings

Very good example. All schools should be very energy efficient and have renewable energy. It's a great S.T.E.M. example for the students.

A location in and near COAL country must have make this ordanence take so long. It should have been in place over 20 years ago.

The cost to bury power lines is 10 times higher up front but pays in the long run.