“Each rooftop a power plant” scheme to be implemented in Iran 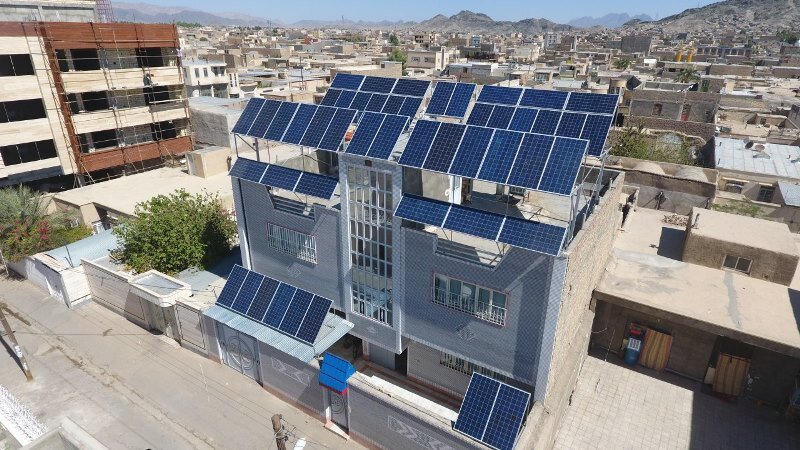 TEHRAN – Managing electricity consumption has become a hot topic in Iran’s Energy Ministry planning for the past few years, because during the peak consumption periods the consumption across the country surges to such unprecedented levels that the national grid struggles to meet the demand.

Since the construction of new power plants is a very costly and time-consuming process, so the alternative scenario would be to encourage people to optimize their consumption. In this regard, the energy ministry has started several programs for encouraging households and commercial subscribers to consume less electricity and more efficiently.

Back in August, Iranian Energy Minister Reza Ardakanian announced that his ministry was going to award low-consuming electricity subscribers with a 100 percent discount on their bills.

"This program will be implemented to both reward low-consuming subscribers and to encourage others to consume less, Ardakanian said.

However, despite all the incentive packages, there are still consumers which fall on the red side of the spectrum and somehow need to use more electricity; for this group of consumers the Energy Ministry has come up with a new scheme called “each rooftop a power plant” based on which high-consuming households or industries will be encouraged to install rooftop PV stations in order to generate their own electricity.

Earlier this year, Ardakanian had also said that his ministry prepared two programs for high-consuming subscribers so that by implementing these plans, these subscribers would also join the low-consumer group.

The official described the first program as a training course to teach consumption management methods with the help of knowledge-based companies and start-ups, and said: "Start-up companies will be formed in this field and will help us optimize the consumption of high-consuming subscribers by providing simple solutions."

The second plan is to install solar panels on the roofs of high-consuming subscribers' houses so that such subscribers would meet their electricity needs by installing these PV stations, Ardakanian explained.

Iranian Energy Ministry's Spokesman for Electricity Industry, Mostafa Rajabi Mashhadi, told IRNA on Wednesday that in the first stage this program is going to be implemented only for high-consumption electricity subscribers across the country with the aim of optimizing their consumption and reducing the pressure on the national grid.

He said that the information and the date for the beginning of the project will be announced soon; noting that as planned, high-consuming subscribers will register and take the necessary steps to join the program and receive their own solar PV station.

According to the official, the stations considered for this program occupy very little space, so that for each kilowatt of solar energy generation, approximately four to five square meters of space is required.

"Some households need only 400 to 500 watts of solar power capacity, which can even be installed on their rooftop water air coolers and use it as a canopy for the air cooler, which will also increase the efficiency of the cooler," Rajabi Mashhadi explained.

Regarding the facilities provided for the participants in this plan, the official said: "The investment in this program is made by the subscriber himself, but the interest on the loan or the subsidy of the facility interests will be paid by the Renewable Energy and Electricity Efficiency Organization of Iran (SATBA). This will help to provide an interest-free loan to the subscriber which will be repaid in installments.”

Rajabi Mashhadi pointed out that high-consuming subscribers can cover the costs of the rooftop power station from the additional costs that they are already paying for their electricity bills, and gradually own a solar power plant as soon as their debts are settled.

Mark commented on ...
Poland to ask EU to approve public aid for construction of nuclear plant

What could possibly go wrong?

"So they [Utah Associated Municipal Power Systems] need this new nuclear plant to load-f­ollow, or back-up, their extensive wind farms which ordin

Bob commented on ...
How one obscure federal agency is clearing the path for a US carbon price

A "patchy mishmash"? No, a national price on carbon would be the same for all generators.

It's autumn again, when pumpkin spice coffee is brewed and nuclear plants are refueled, when anti-nuclear activists post refuelings as "outages"...