What Future For Utilities?

If you are a beleaguered utility such as PG&E in California – brought to its knees due to massive lawsuits (preceding article) – or much smaller San Diego Gas & Electric Company (SDG&E) – which is on the verge of losing as many as 85% of its customers if the city and country of San Diego, its main market, form or join a Community Choice Aggregation (CCA) scheme, the answer may be bleak. One option may be to turn into a poles and wires only utility while exiting generation and procurement. This, as it turns out, may not be as bleak as it may first appear. There are many prosperous poles and wires utilities around the world who manage to make ends meet by maintaining the network so others can carry out with generation and retail services.

While not a glamorous or hugely profitable business – it is regulated after all – network maintenance can nevertheless be a low-risk, stable business. Nothing wrong with that.

As previously reported in this newsletter, SDG&E in fact has decided that it is better off to reorganize to focus on poles and wires and let go of all other obligations – most notably power procurement simply because it is hard to know how many customers it may have 5-10 years from now, if any (map above).

As it turns out the predicament facing California’s 3 investor-owned utilities (IOUs) is not unique. A few large and once mighty German utilities, for example, have also had to reorganize and regroup in the face of changing environment and economic pressures.

In an article titled Customer Centricity, which appeared in the Nov 2019 issue of The Public Utilities Fortnightly (PUF), Ahmad Faruqui, a partner at the Brattle Group, examines some of the options awaiting many of the world’s utilities as they face similar upheavals with the rapid transition of the electricity sector.

His main argument is that, increasingly, the status quo is not an option and, as he sees it, utilities will need to decide what business they want to be in. Faruqui identifies 3 options:

Faruqui goes on to outline what these options entail, the risks and rewards in embracing one vs. another, and how good a fit it may be with what current utilities know and can manage – which is not necessarily sufficient to make a successful transition in time.

The topic of selecting and focusing on a business strategy that serves both the utility and its customers is highly topical, and universal.

In many jurisdictions in the US, Europe, Australia and elsewhere, some consumers are turning into prosumers through self-generation. As the cost of storage technologies continues to decline, an increasing number of customers installing rooftop solar panels may consider pairing it with storage, thus becoming prosumagers – topics frequently covered in the pages of this newsletter and in the editor’s latest volume, Consumer, Prosumer, Prosumager, further described at the end of this newsletter.

More exotic – and disruptive – business models such as virtual power plants (VPPs) and platforms that allow peer-to-peer trading are being developed and applied. The digitalization of many behind-the-meter assets allows new entrants to aggregate and optimize how energy is used, generated and stored within a portfolio of devices rather than trying to manipulate them one by one, which has not proven successful to date. Buzzwords like flexible demand, demand response (DR) and distributed energy resources (DERs) are turning into viable businesses, creating value and being rewarded accordingly.

At the same time, regulators, who have typically been behind are – at least in some places – catching up with the rapidly changing technologies and – in some places – allowing and/or encouraging innovative services and products to be offered.

But regulators, for the most part, are moving cautiously, and for good reason. It is not clear if consumers who choose to become prosumers or prosumagers are avoiding many of the charges they used to pay, which may end up as an extra burden on the remaining consumers – the ones that cannot or don’t want to move away from bundled regulated tariffs. This is beginning to look like a dangerous regulatory minefield.

As Faruqui notes in his insightful article, in the face of these underlying forces, maintaining the status quo may not be an option.

This article originally appears in the December 2019 issue of EEnergy Informer, a monthly newsletter edited by Fereidoon Sioshansi who may be reached at fpsioshansi@aol.com. 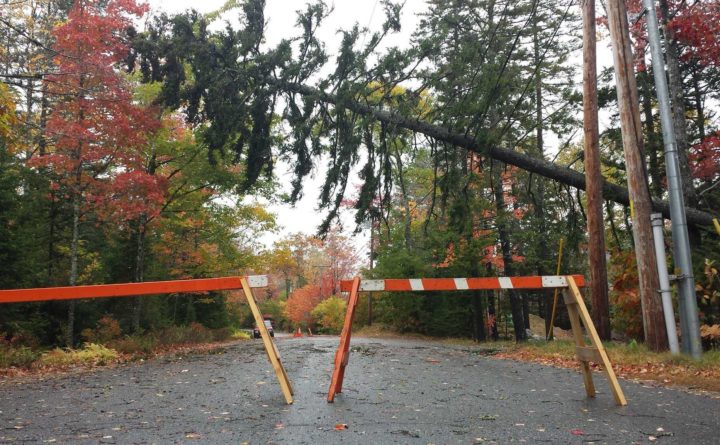 Originally posted in The Energy Collective, but Grid Group professionals should also find it of interest.

In this article, I present my case study and offer it as food-for-thought to utilities who are seeking to reinvent themselves by becoming customer centric.

The Role of Data for Consumer Centric Energy Markets and Solutions

This study reports on how consumers react to feedback on their electricity and gas consumption and what is the added-value of near real-time data in achieving other customer benefits.

The Role of Data for Consumer Centric Energy Markets and Solutions