Contact
Follow
Profile
Electricity market design experts around the world may not necessarily agree on the best solution but they are unanimous on the problem – which is that centrally-managed wholesale power markets are rapidly transitioning from fossil-fuel generation to variable renewables while customers are also transitioning to distributed energy resources (DERs). The problem takes on different forms in different parts of the world but has many similarities. It has reached a critical junction in Europe, Australia and the US with many developing countries following the developments with interest as they modify their own market designs.

In a white paper titled Economics of Grid-Supported Electric Power Markets: A Fundamental Reconsideration, Leigh Tesfatsion, a professor at Iowa State University, highlights 4 conceptually problematic presumptions embedded in the legacy design of the existing North American markets that are hindering the transition to a predominantly renewable future. She says, “The key problematic presumption is the static conceptualization of the basic transacted product as grid-delivered energy (MWh) competitively priced at designated grid locations during successive operating periods, supported by ancillary services.” Among Tesfatsion’s key concerns is the “increasing uncertainty and volatility of net load” which requires more flexible power supply and demand. The potential remedy is to increase “the dependable availability of diverse dispatchable power flows.” She proposes an alternative “linked swing-contract market design” that is better-suited for an increasingly decarbonized grid. Her proposal “… entails a fundamental switch to a dynamic insurance focus on advance reserve procurement permitting continual balancing of real-time net load,” adding that in this case, “… reserve consists of the guaranteed availability of flexible power production capabilities for possible centralized dispatch during future operating periods, offered into linked centrally-managed forward reserve markets by two-part pricing swing contracts in firm or option form.” 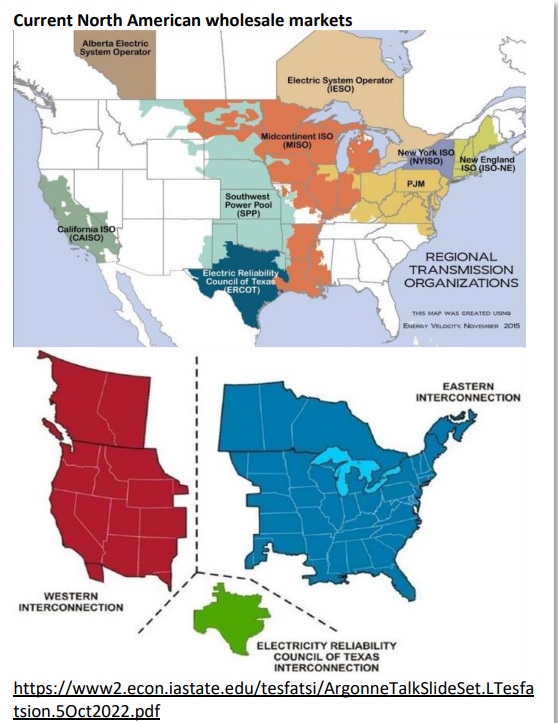 Tesfatsion has submitted her proposal to FERC in response to its requests for proposals on Modernizing Wholesale Electricity Market Design issued in April 2022. She, of course, is not the only one with proposals to modify the existing market design that, most experts agree, are no longer fit for purpose given the changes taking place within the industry, and not just in North America.

Many developing countries with partiallyfunctioning wholesale markets are stuck in what may be considered a no-man’s land: they are no longer centrally operated by a state-owned enterprise (SOE) nor have they advanced to a fully competitive wholesale market where prices are determined by hourly supply and demand conditions. These countries have a chance to design their markets by incorporating the latest ideas being considered elsewhere while considering the full potential of low carbon generation resources as well as developments taking place on the demand side of the market. 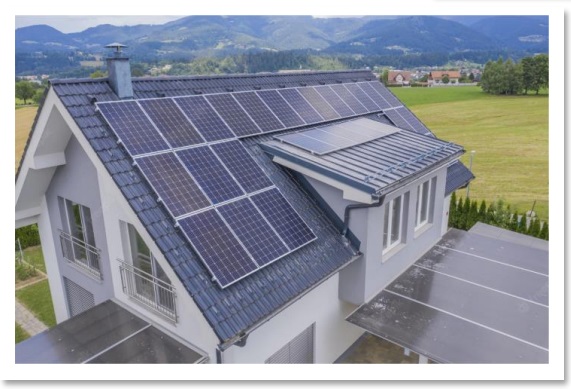 The urgency of redesigning electricity markets is only going to get more pressing over time. Releasing its Annual Renewable report in Dec 2022, the International Energy Agency (IEA) said that it expects the global renewable energy capacity to grow by 2,400 GW over the 2022-2027 period, an amount equal to the entire installed capacity of China today.

I agree with this assertion: “The key problematic presumption is the static conceptualization of the basic transacted product as grid-delivered energy (MWh) competitively priced at designated grid locations during successive operating periods, supported by ancillary services.”

This is why some of the more innovative Markets. i.e. Ireland and Ontario, are moving to acquire specific "Grid Services" within capacity markets instead of "plain old capacity"; https://github.com/rjb4standards/Presentations/raw/master/2021-0224-Filing-TechDesign.pdf

I think the GRID is already being redesigned. The biggest improvement I see are the Homes and Utilties adding Battery Energy Storage Systems BESS.  This is actually happeneing all over the world by the MegaWatt. For over 100 years we have had not storage on the GRID. Oh a few pumped storage systems but noe that could react in a nano second to the needs in the GRID. Also the virtual battery that Tesla demonstrated this summer in Southern California was real progress. These are things that FERC should be doing but they seem very weak. They never even defined the Solar and Wind Net-Metering properly.

I believe it is a huge mistake to think that the transmission and distribution of electrical energy is a “free market” typical of those associated with most goods and services. Believing that the government can emulate free-markets is not rational while representing the hubris of big government.

In point of fact, the alleged “markets” in such states as California are heavily regulated but severely skewed to allow various entities to gouge the consumer. The traditional form of regulation is a much better approach because energy costs are moderated and not subject to wild extremes during which investment firms/traders make stupefying profits.

Electrical generation and distribution are inherently monopolistic and should be regulated based on providing reasonably priced energy. Extreme self-serving interests as well as politics should not direct the process.