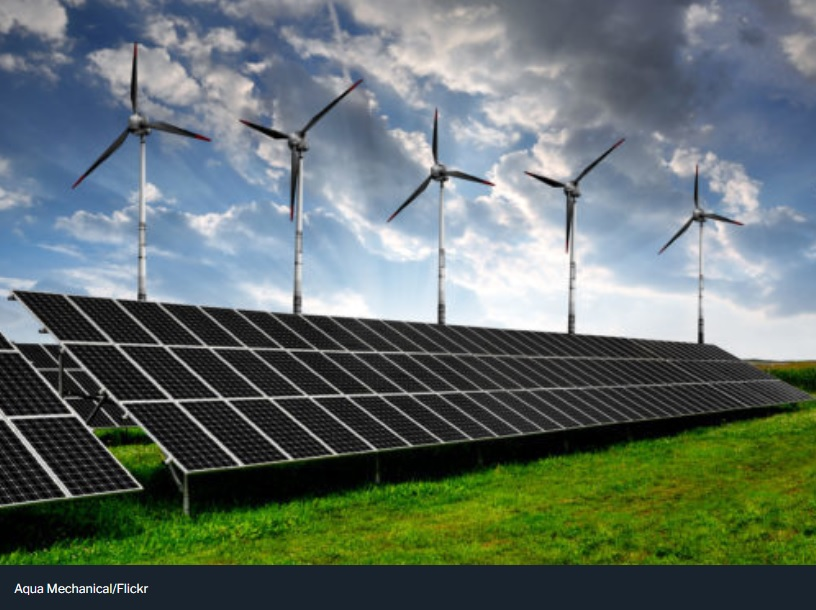 Renewable energy prices have fallen so far in the United States that it’s usually now cheaper for operators to replace existing coal capacity with new solar and wind investments, rather than continuing to run the coal plants, according to new analysis released last week.

“About 80% of U.S. coal plants are now more expensive to keep running than to swap out for new wind and solar capacity,” Bloomberg Green reports, citing the study by the non-partisan Energy Innovation think tank. “Prices for new wind and solar have dropped so quickly in recent years that they were already cheaper than new coal,” but “this report shows that the price differential holds true for a growing amount of existing coal, as well.”

Coal is already in a steep, downward spiral in the U.S., with the Sierra Club’s Beyond Coal campaign estimating that 339 plants have been shut down or slated for closure by 2010, Bloomberg writes. That leaves 191 facilities whose owners and operators still haven’t got the memo—and now, it looks like a large proportion of them are taking a financial hit as a result.

“The think tank’s numbers differ slightly from the Sierra Club’s,” Bloomberg writes. “Researchers there looked at 235 existing coal plants in 2019, minus seven that were already slated for retirement, and calculated costs for fuel, operations, and ongoing capital expenses. Then they compared those figures against weighted regional averages of the cost to build wind and solar from scratch and found that 182 plants, representing 72% of existing coal generating capacity, were no longer justifiable based on the economics.”

Unlike the Sierra Club analysis, the Energy Innovation analysis “focuses narrowly on operation and construction”, leaving out the cost of decommissioning coal facilities or installing battery backup for solar and wind. But even if that makes the cost comparisons over-optimistic in some cases, they’re still a “barometer” of where the economics of coal-fired electricity are headed, said Energy Innovation Senior Fellow Eric Gimon.