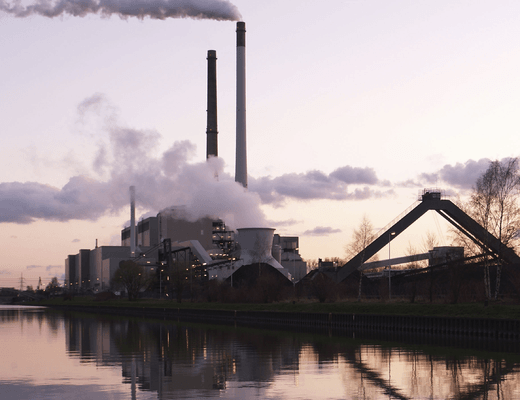 In a global first, a study just published in the journal Environmental Research Letters concludes that reliance on fossil-fuelled power plants in a warming world could drive up global electricity demand by as much as 27,000 megawatts.

The study by Ethan David Coffel and Justin Staller Mankin, climate scientists at Syracuse University and Dartmouth College, respectively, says more fossil emissions lead to more warming, leading to more electricity demand, leading to overheating plants, and ultimately putting consumers and communities at risk when those generators have to shut down.

“Thermal power plants use fossil fuels or nuclear material to generate most of the world’s electricity,” the authors explain. “On hot days, when electricity demand peaks, the ambient air and water used to cool these plants can become too warm, forcing operators to curtail electricity output.”

Coffel and Mankin conclude the advance of global warming has already had a measurable effect on this type of thermal plant curtailment. They say the combination of higher air temperatures and decreasing spring run-off (which replenishes the water bodies the plants use for cooling) “has increased average thermal power plant curtailment in nuclear, coal, oil, and natural gas fired plants by 0.75 to 1.0 percentage points.”

As the climate warms further, those curtailments will only get worse. “With each degree Celsius of additional warming, we project curtailment to increase by 0.8 to 1.2 percentage points during peak demand, requiring an additional 18 to 27 GW of capacity, or 40 to 60 additional average-sized power plants, to offset this global power loss.”

What this means is that, compared to a renewable power system, “thermal power generation is a systemically disadvantaged means of electricity production in a warming world.” The scientists recommend “policy scenarios with global transitions to renewable portfolios or that allow aging plants to retire”.

They also point out that, despite the evident and urgent need to move energy systems away from fossil fuels, “the majority of global electricity is still produced by combusting coal, natural gas, and oil, or generated using nuclear fuel”—in 2018, for example, the United States generated 83% of its electricity supply using thermal technologies.

Meanwhile, “substantial numbers of new fossil fuel electricity generating facilities are planned or under construction in many rapidly growing nations,” infrastructure that “will likely exist for decades, driving additional climate change, while also providing the energy people need to be resilient to climate impacts.”

In the absence of vigorous climate action, including a wholesale switch to solar and wind for power generation, this pattern of dependence will have cruel consequences.

“Based on the historical association between air temperature and U.S. electricity demand, warming alone is sufficient to increase peak electricity demand in the U.S. by 10 to 20 and 30 to 50 percentage points under 2°C and 4°C of warming,” the authors explain.

This increase in demand—“largely driven by increased air conditioning use”—will in turn require more new generation capacity. And that demand will happen “even absent economic growth or population increases,” they add.

This self-fuelling cycle will have an even bigger impact in vulnerable nations should the world fail to replace thermal generation with solar and wind technologies. As “climate change, population growth, and rising incomes” come together to increase electricity use in tropical regions, the resulting high levels of curtailment will drive further expansion of fossil-powered plants, leading to “overbuilding of the global electricity system by up to 7%.”

If the world does manage to shift away thermal power plants, a rapid transition to sources like solar and wind will “greatly reduce” curtailment, the authors note—cautioning, however, that hydro developments “may face substantial future risk from reduced streamflow.”

They conclude that their results “highlight the double benefit from non-thermal electricity generation in a warmer world: less curtailment and fewer emissions.”

Is 18TW of wind turbines and solar panels feasible?

How is spool up handled in the grid transition?

Does economical battery storage exist for this scale up or are there some other evolving alternatives to complete the wind and solar systems?

Perhaps renewable methane from digesters could help. It is more aligned with the natural carbon cycle than fossil fuel and generates a good fertilizer.

Any whole sale transition from fossil fuel will include a combination of reduced energy supply, economy of energy use and reduction in productivity.

Transition from fossil fuel will be quite a juggling act that could bring down the global economy if done wrong.