Is subsidized new (solar and wind) green energy hurting more traditional green power like hydro? In open energy trading markets will the subsidies have long term negative affects. More traditional sources may not be developed or maintained, even shut down. But when the subsidies expire, prices rise, and we'll be left hold the empty bag. Are subsidies affecting the free market?

I'm not an economist, but to me it looks like the same issue as subsidized industries in foreign countries like steel that have damaged US producers. What do you think?

Yes it is hurting and badly!

Traditional hydro include reservoirs. And that's a great feature because it enables the system operator to better manage its dispatch vis-à-vis the overall matrix's challenges to meet the load.

Wind and solar are intermittent sources. They end up requiring other features (the duck curve is a good example) that the "others" have to pay for.

I would love to see all power sources being used but accommodating its real costs. Otherwise rate payers end up paying for it one way or another.

Bob is partially right, California does not consider "large" hydro renewable. Although small hydro (typically run of the river) is considered renewable. Go through the links below for more information.

More specific to your question, the firms that invest in energy projects want several things:

Photovoltaic checks all of these boxes, lately photovoltaic plus battery energy storage, even more so.

Wind projects also do to a lesser extent.

Hydro, geothermal and nuclear (if you consider the last renewable), are weak on all of the above bullets.

I have also written on all of the above except geothermal, and I'm posting a major paper on geothermal next Tuesday. The bad news for geothermal in your home state is that it's mainly in the Western U.S.

"Photovoltaic checks all of these boxes, lately photovoltaic plus battery energy storage, even more so."

John, do you have evidence of a single battery storage facility - anywhere - that stores exclusively renewable energy? I didn't think so. You'll find batteries at co-located solar/storage facilities are only located there only for appearance - that they're charging from a grid mix, and could be anywhere. If there's any fossil generation on the grid at all (there always is), they're actually increasing emissions.

Since 2005 renewables can be credited for reducing total U.S. electricity emissions by only 10%; the other 23% came from natural gas replacing coal and oil. As natural gas consumption accelerates, the next 15 years will show less progress; the next, still less. As Germany is learning the hard way, renewables are limited to a grid penetration corresponding to their capacity factor. In the U.S., that means wind can never exceed ~40% penetration; solar, ~25%.

So if we're willing to spend $trillions on a national HVDC grid, and hundreds of thousands of additional wind turbines, we might get up to 50% wind/solar / 50% natural gas. Is that good enough? No, it's climate suicide (whether it allows solar/wind farm developers to make a quick buck is irrelevant). In the time it took renewables to decarbonize U.S. electricity by 10%, nuclear decarbonized France's electricity by 75% (1973-1988), and that was 33 years ago.

If we're serious about fighting climate change, it's time to put the renewable toys away and get to work.

These are all great answers and insight. Here's my question, what analytics can you think of that would reveal the real story?

Ben, in California the answer is yes, and worse: it's deliberate.

Many Californians are shocked to learn their state does not consider hydropower "renewable". The Solar Energies Industry Association (SEIA) and the American Wind Energy Association (AWEA) would love it if both hydroelectric dams and nuclear plants would just go away. All the better, to cover California's desert landscape with marginally-useful industrial junk and send electricity ratepayers the bill.

Apparently there are still some who believe "green energy" is about preventing climate change, but no - it's all about $$$. 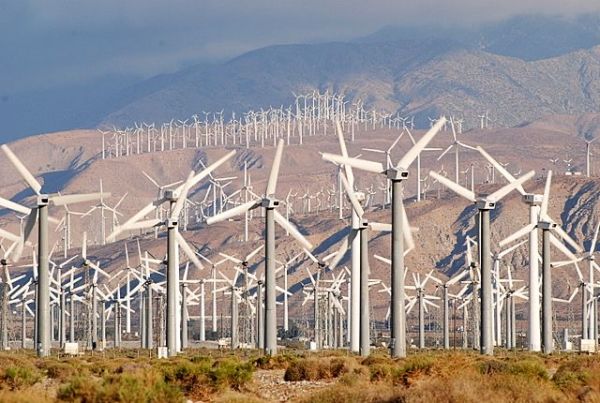 Revealing picture. As an amateur photographer I'll take a majestic dam over a flock of  wind turbines.

Agree, Ben. 100 years from now the dam will still be generating clean electricity; the "flock" will be an abandoned, rusting blight.

Ben, Hydro has already been built on the best waterways. I don't think the short small subsidies for Solar and Wind will affect their growth.

The biggest thing with hydro is everyone should be upgrading their existing systems. They is much more efficient equipment that can double the power output. They can run better and more reliable.

The real question you should be asking is do the old traditional subsidies for COAL, NG  and Nuclear keep us from seeing the clear answer in Renewable Energy? How much have these old subsidies slowed down the Renewable growth?  How much pollution and lives have these old endless subsidies hurt us?

With hydro confined to specific waterways there is a lower upside in economic development and incremental renewable capacity that hydro can deliver. Also, in my humble opinion, rightly or wrongly, many believe hydro having an inherent harm to fisheries. Solar benefits (and wind to a lesser extent) a wider population as a vehicle for landowners to double or triple their economic yield per acre for 20-30 years.

Having worked briefly on a run of river hydro development effort it is obvious that the less desirable 20 year vs 5 year solar depreciation subsidy hurts competitive position of hydro but I personally believe that the technology, though improving, has yet to approach LCOE of solar before any subsidies. The ability for solar to be developed across the US is driving growth and like wind, it will become cheaper than conventional power generation without subsidies, validating those subsidies in the first place. But we should include the added cost for solar to address intermittency for a fair comparison to hydro. That's a topic for another day.

It is an engaging conversation. I would really like to see a study conducted on the whole topic with stats to prove findings

Agreed, Ben—would love to see a good conversation on Energy Central turn into someone conducting a study. We certainly have the brainpower in the community for it

Paul commented on ...
Smart meters, Smart devices and dynamic pricing
The technology building blocks are in place to enact such policies. The challenge is making it simple for customers to understand and implement.

Jim commented on ...
More than 17 million control system cyber incidents are hidden in plain sight
What is the time period of these incidents and deaths?  Who is working to resolve these?  What progress have we made on these?