In January 2018, the Atlanta Journal Constitution reported that Atlanta, Georgia’s current population, totaling 5.8M at the time, is expected to grow to 8.6M by 2046. The primary reason for this growth is urbanization.

Urbanization is not unique to Atlanta, the U.S. or North America. For a variety of reasons—that differ by region—it is why populations are expected to keep growing in urban areas throughout the world. Open University published the graph shown below, charting this growth through 2050. 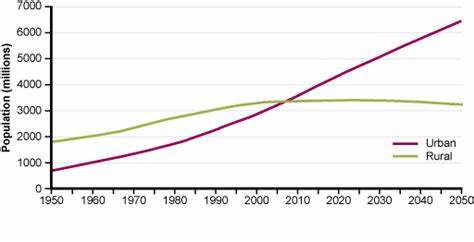 While urbanization may be exciting for those in search of a better life, it puts stress on city planners and utility leaders who are accountable for serving all citizens equitably and efficiently. We don’t live in a world where city planners can the number of residents and put the others on a waiting list until the infrastructure, community resources or economics can accommodate them.

Urbanization can also be unsettling for existing residents because it drives up the cost of living and leads to greater congestion on the roads, lower availability of jobs, and long lines in businesses serving consumers. How many times have you heard a friend who has owned a home for several years say, “I couldn’t afford to buy my house for what it’s worth today, so moving isn’t an option if I want to stay in this area?” Likely, it’s more often than you realize.

Moreover, it can lead to gentrification, a highly controversial force that replaces current housing and businesses with more trendy and expensive alternatives, displacing original residents and altering the social character of an area. For these reasons, cities and utilities must plan for population bursts before they happen, and smart city initiatives are key to helping them do that.

At the most basic level, a smart city is one that leverages technology to continuously improve the quality of life for its residents. Replacing the word “smart” with “sustainable” is more descriptive, because it gets to the heart of what communities are trying to achieve: longevity and prosperity. To do this, smart cities leverage data analytics--a specific flavor of technology-- to understand what has happened, what is happening and what is going to happen—critical intelligence to mitigate risks that threaten sustainability. 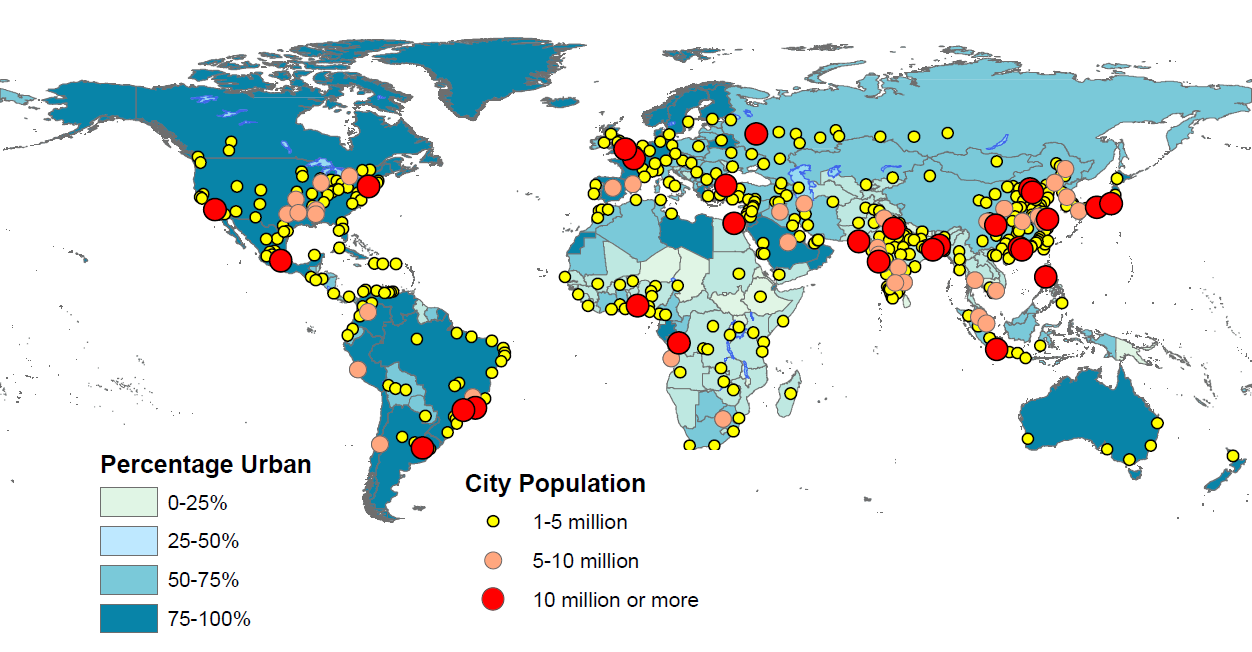 Urbanization—and what it means for utilities—was a key theme in the whitepaper, “Three Reasons Smart Cities Need Smart Utilities: How Georgia Power Is Delivering Intelligence as a Service.” In the section titled, “Bigger Populations Require Better Problem-Solvers”, Christine Primmer, Georgia Power’s Smart Cities Program Manager was quoted as saying, “Our customers are changing.  Where they live is changing. In the heart of Atlanta, we’re expecting another 2 million people over the next two decades, which is going to put a dramatic strain on infrastructure on top of the issues we’re already dealing with.”

A representative from the Utility 2030 Collaborative recently spoke with Ms. Primmer, and she discussed how smart cities are enabling them to expand their business model from delivering traditional core services, to supporting city planning and operations--imperative to building the city and utility of the future under the weight of urbanization.

“We have long been a leader in deploying technology on our own infrastructure to move and sell energy,” explained Primmer. “We were an early leader in AMR, smart meters, the internet of things (IoT), smart grid devices and network-enabled streetlights. We have since advanced to technologies that support city operations like gunshot detection, video monitoring to record crimes, and illegal parking detection.”

According to Primmer, the key to expanding their focus at Georgia Power is to continue to maintain a close relationship and partnership with the communities they serve. “Electric utilities and cities share a unique alignment—their success is collaborative, cooperative and indelibly linked. From community boards to council gatherings, utility directors and planners are embedded in the fabric of the city and often work side by side with elected officials to restore order when extreme weather threatens, or natural disasters occur,” said the whitepaper.

When asked to elaborate on this relationship, Primmer offered, “Smart cities are formed when different actors come together to collectively deploy and optimize technology on infrastructure to solve the needs of citizens and businesses. Cities and utilities must work together to lead this collaboration, and it starts with city planners who must define desired outcomes. Utilities and cities then need to work together to identify pervasive themes to help them achieve these outcomes. While technology is an obvious “theme”, it isn’t the only one. We are about helping deliver outcomes, not deploying technology for the sake of technology.”

Cities are keen on working with utilities because they have:

It’s important to start with an assessment of what you have before going down the path of determining what you need. Georgia Power, for example, owns more than 850,000 streetlight poles that can host IoT devices for data collection and extraction.

“More importantly, the utility is backed by a robust logistics network ready to support intelligent infrastructure growth, such as upgrading streetlight poles with connected nodes that can capture and share data in near real time,” the whitepaper says.

Providing Prescriptive Support for Communities Outside of Big Cities

One of the ways the utility is supporting communities outside of Atlanta proper is through the Georgia Smart Communities Challenge. As discussed in the December 23, 2019 article, “Partnerships and Connected Technology Vital to Smart City Buildouts,” it is a program offered by The Georgia Institute of Technology (Georgia Tech) with strong support from Georgia Power. Open to cities, counties and consolidated city-county governments in the state of Georgia, it is a by-application, award-based program that provides funding, research and technical assistance for four smart city pilots each year. In its second year, 2019 winners included the City of Macon, City of Woodstock, Columbus Consolidated Govt and Macon-Bibb County.

With such a strong link between utilities and city planners, including elected officials, Primmer addressed the challenges of staying on track when there are major leadership changes.

“We co-developed a pilot with Kasim Reed, Atlanta’s Mayor from 2010-2018. When he was replaced by Mayor (Keisha) Lance-Bottoms, we played a key role helping bridge the gap between the former and new administration. Because we are all about outcomes, we spent time understanding the new administration’s goals and reframing our pilot around those goals for consistency,” said Ms. Primmer. “While it wasn’t easy, we are committed and prepared to do what’s necessary to maintain a strong relationship with the city because it is so important.”

Learning from Those Who Came Before Us

Utilities facing population growth, or other factors threatening their ability to “serve all citizens equitably and efficiently”, can get a lot of ideas from big city and grass roots pilots supported by Georgia Power and other utilities charging ahead with smart city projects. Primmer suggests attending the upcoming Smart City Expo Atlanta, June 10-11, 2020 to join valuable conversations no matter where you are from. It will feature five tracks that include:

In addition to the Expo, readers are invited to join the Georgia Smart Spring Workshop, Thursday, March 26, 2020 at 8:30 AM on Georgia’s Tech’s campus, where winners of the Georgia Smart Communities Challenge will provide pilot updates.

Yes, urban areas are growing. And yes, the utility model will need to change from delivering traditional commodities to supporting the communities they serve in new and different ways. But Georgia Power and the communities they serve are proving that “new and different” is a lot less scary when approaching challenges together and collaborating on smart city projects is showing significant promise to inform what we should do next.

Participate in discussions with utility executives collaborating to create practical solutions for the challenges of the next decade during Envision U2030, November 17, 2020 in Orlando.