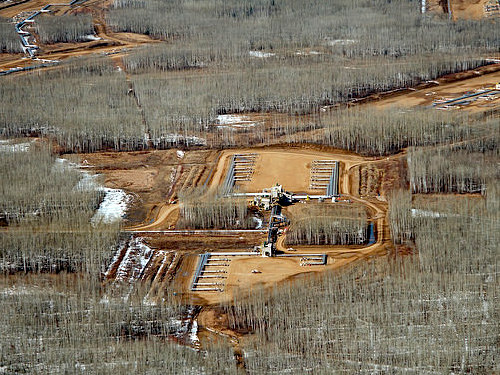 While Canada has the second-largest share of renewable energy in its electricity mix, it was one of only four that didn’t have plans to increase renewables output in 2020, even as its greenhouse gas emissions soared far above its fair share of a 2030 carbon budget, according to the latest edition of the Climate Transparency Report released earlier this week.

The mammoth annual study, previously known as the Brown to Green Report, covers 100 indicators for climate change mitigation, adaptation, and finance, in a bid to “make good practices and gaps transparent,” the project website states. This year’s report looks at energy and climate performance in a global economy slowed down by COVID-19, with a 4% decline in GDP across the G20 resulting in 25 million more people unemployed, 100 million more living in poverty, and 265 million facing acute food insecurity.

“The impacts of the COVID-19 pandemic have been compounded by other vulnerabilities, including exposure and capacity to respond to extreme climate and weather events such as record-breaking floods, heat waves, and wildfires in 2020, as well as political and economic turbulence,” the report states.

“Differences in vulnerability and resources to respond between G20 countries (and the rest of the world) underscore the need for greater international cooperation and support,” it adds. “It is in the interest of all countries to contribute to a robust and sustainable global recovery and to avoid global divergence.”

The COVID-19 recovery packages rolling out in different countries “can solve the climate crisis or make it worse,” said Overseas Development Institute research associate Charlene Watson. “Some G20 members like the EU, France, or Germany are setting mostly a good example for building more resilient economies whilst shielding themselves against accelerating climate impacts. Others direct too much support to fossil fuels, putting at risk positive recent developments.”

“Fossil fuels still make up about 76% of Canada’s energy mix, with the share of renewable energy—mostly hydropower—stagnating at around 15% over the past three decades,” states the Canada summary report, one of a series that Climate Transparency produced for each of the G20 countries. It casts the decarbonization rate in Canada’s energy sector as very low over the five-year span from 2014 to 2019 and low for 2019, while the carbon intensity of the energy sector remains high.

While the report shows the energy intensity of the Canadian economy slowly decreasing, it places per capita energy supply more than three times higher than the G20 average, with a very low rating for decarbonization. It calls on the country to “adopt a nationwide long-term renewable energy target and promote development of renewables instead of natural gas to replace retiring coal plants.”

Overall, Climate Transparency concludes that Canada is not nearly on track to align its climate plans with a 1.5°C world, with 2030 emissions target of 526 megatonnes—far above the 332 Mt that would represent its fair share of the available carbon budget. For 2020, however, it looks like the G20 as a whole did even worse: the study shows Canada out-performing or mostly equalling the G20 average on reductions in final energy consumption (8.9 vs. 4.7%), primary energy consumption (4.8 vs. 4.9%), electricity consumption (5.8 vs. 1.4%), power sector emissions (13.5 vs. 4.5%), and transport emissions (9.2 vs. 9.6%).

The 20-page Canada summary paints a picture of a country with high vulnerability to climate impacts, poor performance so far on climate adaptation, the G20’s third-lowest annual death rate from extreme weather events, but its eighth-highest rate of economic losses.