Scott Shemwell is the president and CEO of Strategic Decision Sciences. His firm provides its clients with Quantitative and Qualitative analysis and insight throughout the major decision... 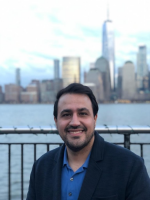 An Essay on Thought Leadership

A leader's ability to develop innovative ideas and ask for people's help in implementing them may seem to be obvious keys to success. But the sad fact is that too many of today's leaders resign themselves to the limits imposed on them by flawed systems rather than rethinking those systems.
-- Donald T. Phillips
Lincoln on Leadership, 1992