Due to the war in Ukraine, February 2022 was characterized by strong price movements on the short-term and futures markets. The certification of Nord Stream 2 has now been finally suspended. Due to the currently high energy prices, the federal government will already abolish the EEG surcharge in the middle of this year. And while the nuclear phase-out is planned in this country this year, more nuclear power plants are being planned in France.

Abolition of the EEG surcharge: hoped-for relief for consumers?

Last month, the federal government announced that it would introduce a legislative reform to protect consumers from rising energy prices. According to the Federal Statistical Office , consumers had to pay 20.5 percent more for energy in January 2022 than in the previous year.

That is why the federal government took further steps at a coalition summit on February 23 and decided to abolish the EEG surcharge on July 1. This should relieve the end consumer six months earlier than planned. The high electricity prices are mainly due to high gas prices, high CO 2 taxes and increased network charges (source: energate-messenger ). As shown in Figure 1, the EEG surcharge has moved above 6 ct/kWh since 2014 and is below 3.723 ct/kWh for the first time.

The surcharge has thus fallen by 43 percent (source: netztransparenz ). On the one hand, the decrease is due to the increased exchange prices and thus higher sales revenues from renewable energy sources. On the other hand, since 2021, the income from national CO 2 pricing has been credited to the EEG account. These amounted to 10.8 billion euros in 2021. In 2022, the subsidy will amount to 3.25 billion euros (source: BMWI ).

According to Finance Minister Christian Lindner (FDP), the abolition of the EEG surcharge will lead to savings of 6.6 billion euros. Whether the benefits reach the end consumer to this extent remains controversial (source: FAZ ). 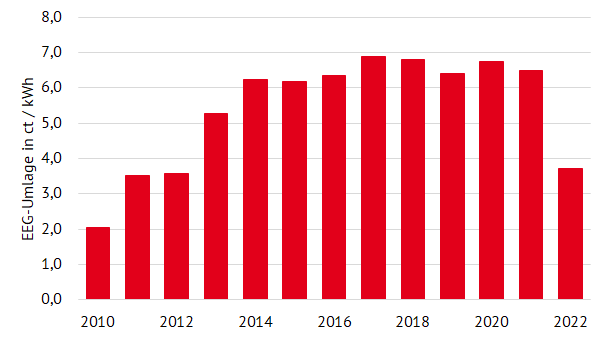 Figure 1: Development of the EEG surcharge from 2010 to 2022 (Source: Energy Brainpool)

How will Germany become less dependent on Russian gas imports?

After Russia invaded Ukraine, the Nord Stream 2 certification process, which had already been stopped, was finally suspended. By using the pipeline, it would have been possible to transfer 55 billion cubic meters of gas per year to the territory of the European Union. Currently, 65 percent of the natural gas imported into Germany comes from Russia.

Russia is unlikely to halt gas exports to the EU as the country relies on the financial revenues from energy exports (Source: WirtschaftsWoche ). In order to achieve independence in supply, Federal Economics Minister Robert Habeck (Greens) announced the establishment of a national gas and coal reserve (source: energate-messenger ).

In this context, energy market players are increasingly talking about the import of LNG (Liquified Natural Gas). Germany does not currently have its own terminal. But the construction of the first terminal in Lower Saxony was initiated. However, it will take until 2026 for this terminal to be operational. Until then, Germany can only import liquid gas via its neighboring countries Belgium, France or the Netherlands (source: tagesschau ). Figure 2 shows existing and planned LNG terminals for the EU. 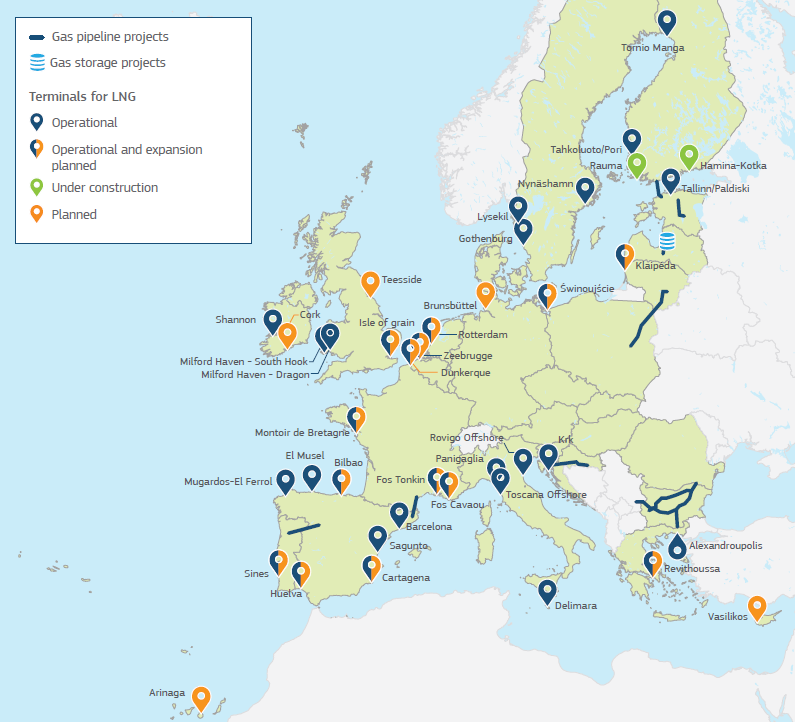 While Germany is due to phase out nuclear power by the end of this year, around 70 percent of net electricity generation in France is still being generated from nuclear power. French President Macron announced six new nuclear power plants. The first could be connected to the grid as early as 2035. This should continue to ensure security of supply and pave the way to climate neutrality. (Source: daily news ).

After the French electricity company EDF determined in December last year that safety deficiencies had occurred at a nuclear power plant, two more nuclear power plants were shut down last month as a precautionary measure to be examined more closely. Cracks could be seen in the safety circuits of the reactors. As a result, the generation target for the nuclear power plants was lowered to 295-315 TWh for this year. Originally, 300-330 TWh were planned. By the end of 2023, all 56 reactors in France are to be examined and thus shut down. That is why the French have also lowered the NPP production target for 2023 by 12 percent and thus reduced it to 300-330 TWh (from the previously planned 340-370 TWh) (source: Montel ).

You can read here why the European Commission included nuclear power in the EU taxonomy and classified it as climate-friendly .

Strong movements on the futures markets

Record wind feed-ins pushed prices down in the first half of the month. The futures markets reacted to Russia's invasion of Ukraine with strong price movements and electricity, gas, oil and coal prices shot up. The front-year gas price hit 73 EUR/MWh on February 24, only to fall 20 percent the next day. The recovery can be attributed to mild weather, high LNG storage levels and surprisingly high gas shipments from Russia (source: Montel ).

The Cal 23 has risen to a record high of 132 EUR/MWh. The price of coal also reacted to the conflict with a sharp increase of around 30 percent. The front month for Brent oil hit a 7-year high on February 22nd. It rose to USD 97.83/bbl (source: Montel ).

On February 8, 2022, the EUA contract traded at a new all-time high of EUR 98.49/t EUA. With increasing sanctions against Russia, the CO 2 contract fell and ended the month at around EUR 83/t EUA (source: Montel ).

The share of renewable energy in net electricity generation was at a record high of 61.70 percent. In comparison: In February 2021, the share was 44.7 percent. The high proportion is due in particular to the record-breaking wind feed-in this month (source: Energy Charts ).

The storm "Zeynep" brought the wind feed-in to 41,000 MWh on February 19. This pushed spot prices into negative territory for 4 hours. Despite the record wind feed-in of 48,663 MWh on February 20 due to the storm “Antonia”, sports prices have remained positive (source: energate-messenger ).

The prices on the short-term markets were also subject to strong price fluctuations due to the Ukraine crisis. The day-ahead on the Dutch TTF closed at EUR 100/MWh. 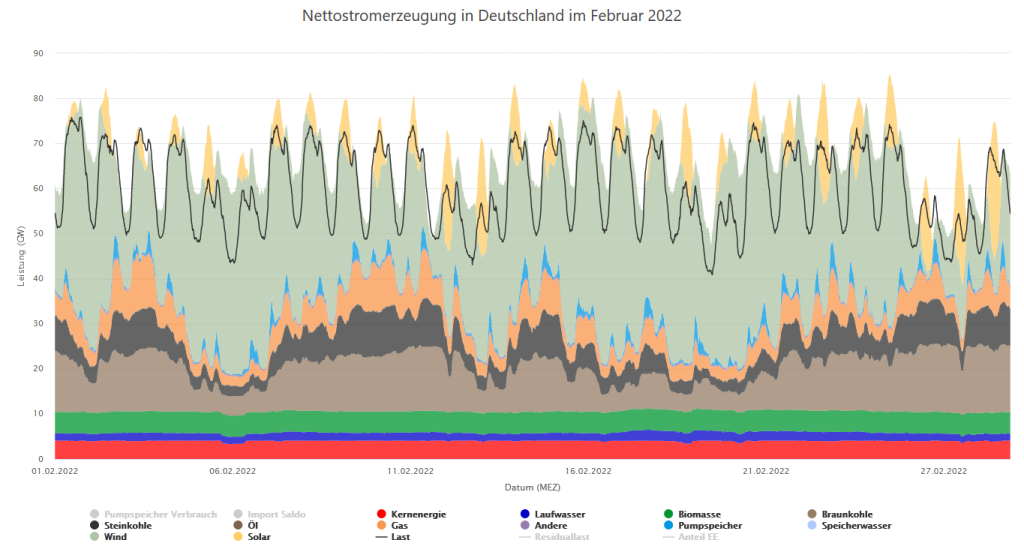 In line with the topic of "uncertainties in procurement", we recommend the live online training >> Sustainable procurement strategies on May 10th and 11th, 2022.