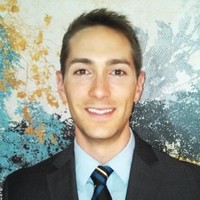 Colin Cunliff is a senior policy analyst with the Information Technology and Innovation Foundation, the leading think tank for science and technology policy. He previously worked at the U.S.... As it has in the past three budget cycles, the Trump administration has once again proposed massive cuts to energy research, development, and demonstration (RD&D), placing the administration’s budget request in tension with bipartisan congressional efforts to reinvigorate the national energy innovation system. Fortunately, Congress has soundly rejected the administration’s previous budget proposals in this area, instead putting forward a positive vision for American innovation that invests in a future of clean, reliable, low-cost energy. Congress has also produced a strong slate of bipartisan, bicameral authorizing bills that would accelerate innovation if backed by significant new funding commensurate with the challenge. Congress should keep up the momentum of the past three fiscal years and continue to elevate clean energy innovation as a national priority.

The administration’s latest budget request would slash federal investments in the Department of Energy’s (DOE) applied energy programs—including energy efficiency, renewable energy, sustainable transportation, fossil energy, nuclear energy, and grid modernization—by more than 44 percent, from $5.4 billion in FY 2020 to $3.0 billion in FY 2021. Popular and effective initiatives including the Advanced Research Projects Agency-Energy (ARPA-E), Title XVII loan guarantee program, and advanced vehicles manufacturing loan program would be eliminated. Even the basic energy-related research within the DOE Office of Science (SC)—which includes programs in fusion, bioenergy, and basic energy sciences, and falls squarely within the definition of “early stage research” the administration claims to support—would receive an 18 percent cut, from $3 billion in FY 2020 to $2.5 billion. If enacted, this budget would impose the largest single-year cut to energy RD&D investments in the history of the department, bringing federal energy RD&D down to its lowest level since 2007.

Congress has wisely taken note of these developments, providing significant boosts to federal clean energy RD&D investment in each of the last three budget cycles and using its authorizing powers to address key innovation challenges. Support for more aggressive federal investments spans the political spectrum from conservative House Republicans, who have begun to tout innovation to address climate change, to progressive Democrats, who acknowledge that innovation will be needed to fully eliminate carbon emissions.

The Trump administration has recognized the need to invest in innovation in order to maintain international leadership in certain emerging technologies. Its Industries of the Future initiative proposes to double federal investment in artificial intelligence, quantum information sciences (QIS), and other areas. However, the administration’s failure to include clean energy technologies on this list—in concert with its determination to double down on its support of unabated fossil fuels—represents a huge missed opportunity that would radically diminish America’s role in the coming global transition.

Congress should reject the president’s budget request and continue to elevate innovation in clean energy as a national priority in 2021. The Information Technology and Innovation Foundation (ITIF) recommends that Congress:

Out of a total budget of nearly $4.8 trillion, the federal government funded DOE at $38.6 billion in FY 2020. But only $8 billion—about 21 percent of DOE’s budget and less than 0.2 percent of the federal budget—supports energy innovation, with defense, environmental cleanup, and non-energy-related basic science research accounting for the rest. Federal investment in energy RD&D is a very small share of the U.S. economy, comprising only about 0.04 percent of U.S. gross domestic product (GDP).

DOE was created in response to the oil price shocks of the 1970s. Energy innovation and the development of domestic clean energy resources were viewed as matters of economic and national security at that time. In 1978, Congress appropriated more than $10.5 billion (in 2020 dollars) to energy RD&D, or 0.14 percent of GDP. As energy prices fell in the 1980s, energy innovation receded as a national priority, with funding levels hovering below $4 billion for most of the mid-1980s through the early 2000s.

During the George W. Bush administration, Congress began increasing funding in response to higher energy prices, reports that the United States risked falling behind other nations in clean energy, and rising concern about climate change. Congress has increased budgets for DOE’s energy programs for 11 of the last 15 years, but annual appropriations have consistently fallen short of doubling targets, and funding has not yet returned to its 1978 level. Had federal investment kept pace with the growth of the economy, DOE’s energy RD&D budget today would be $32 billion, on par with other national priorities such as health, which would be appropriate given the national interests at stake.

Despite a comparatively small investment, federal energy RD&D has delivered big returns for the American public. Decades of federal investment in solar and wind power, lithium-ion batteries, and efficient LED lightbulbs, for instance, have led to cost reductions ranging from 55 to 94 percent since 2008, leading to impressive growth in adoption, and generating huge benefits for taxpayers.  An external review of energy efficiency and renewable energy RD&D at DOE found that a total taxpayer investment of $12 billion between 1975 and 2015 yielded more than $388 billion in net economic benefits, a remarkable return of over $32 for every federal dollar invested.

DOE research has also helped reduce the environmental impacts of fossil fuel consumption. DOE leadership in carbon capture technologies led to successful first-of-a-kind demonstrations of carbon capture at a fertilizer production facility (Port Arthur, in 2013), a corn ethanol refinery (ADM, in 2017), and a coal power plant (Petra Nova, in 2017). And DOE has issued a conditional loan guarantee of up to $2 billion to build the world’s first clean methanol facility with carbon capture in Lake Charles, Louisiana, with construction slated to begin in mid-2020.

But even at current funding levels, DOE’s energy programs fall far short of accelerating the pace of innovation sufficiently to meet the climate challenge. While emissions in the electricity sector have declined due to cheap natural gas and subsidized renewables, emissions from the industrial sector have barely budged in recent years, and emissions from transportation and buildings sectors are increasing. RD&D programs that would tackle emissions in these large and growing hard-to-decarbonize sectors comprise a disproportionately small portion of DOE’s portfolio. For example, the industrial sector accounts for 22 percent of direct greenhouse gas (GHG) emissions but only 6 percent of DOE’s overall energy RD&D budget.

U.S. competitiveness in the growing global clean energy industry is at risk. China is rapidly scaling up its energy RD&D investments, and will soon surpass the United States as the world’s top funder of energy RD&D. And 13 other countries invest more in energy RD&D as a share of their economies than the United States. As other countries have stepped up their investments in clean energy, the share of cleantech patents granted to U.S. companies by the U.S. Patent and Trade Office has declined, from roughly 50 percent in 2001 to less than 40 percent in 2016, indicating U.S. leadership in innovation is on the decline.

For these reasons, many prominent government and industry leaders have recommended doubling or even tripling federal funding for energy RD&D. Such an increase is not unprecedented. Congress doubled investment in biomedical research at NIH over a five-year span, from 1998 to 2003. Doing the same for climate- and energy-related research would elevate energy innovation as a national priority and bring funding for clean energy RD&D closer to other national priorities.

This report first describes the key role of the federal government in the U.S. energy innovation system. It then provides a high-level overview of DOE’s current energy RD&D portfolio, what is at risk in the administration’s FY 2021 budget request, and next steps in the appropriations process. Companion to this report is a series of short, 4-page briefs on the 19 science and technology program offices that make up DOE’s energy innovation portfolio, detailing what would be put at risk by the administration’s proposed cuts, and opportunities that might be realized through expansion.

The full report on Energy Innovation in FY 2021 is available at itif.org/energy-budget.

" - they're safer than the NUC's we have generating power today."

Richard, it seems MOPR is little more than a band-aid to attempt to maintain grid reliability while incorporating unreliable renewable energy, is...

Kenneth commented on ...
How Effective are Time-of-Use Rates? Hint: Not Very

We installed roof top solar on our home because TOU rates made it a good financial decision as well as a good environmental one. We live in the...

Michael, I agree - security it is a matter of perspective.