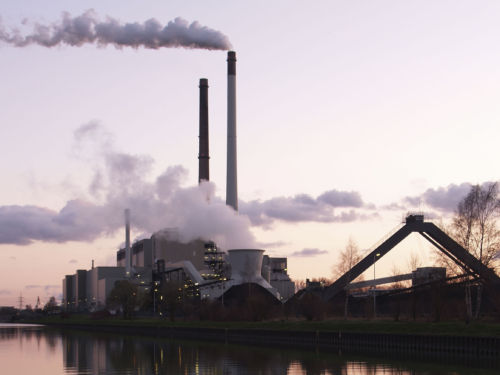 The Platte River Power Authority in Colorado faces accusations that it is watering down its carbon reduction plan after moving to close a coal-fired power plant 16 years early and cut its emissions 90% from 2005 levels by 2030—because an earlier commitment called for a 100% carbon reduction.

The utility board approved the decision to shutter Unit 1 of its Rawhide coal station “as part of the power provider’s Integrated Resource Plan, which lays out a roadmap for electricity production between 2021 and 2040,” The Coloradoan reports, in a post republished by the Institute for Energy Economics and Financial Analysis (IEEFA). “New investments in solar power, wind power, and battery storage will supplement existing solar, hydro, and wind units to reach about 90% to 95% non-carbon electricity.”

But under the IRP, “natural gas units would cover the rest of the community’s electricity units—producing high volumes of methane, a potent greenhouse gas,” The Coloradoan states. That’s because the plan assumes Platte River will need some gas plant capacity to replace the retiring coal plant.

“Some environmental advocates said the plan is the wrong move for Platte River, which previously adopted a goal to achieve 100% non-carbon electricity by 2030,” the paper adds. “Platte River leaders said it’s possible the provider won’t have to build a natural gas plant if technology advances faster than they’re expecting.” Since the utility adopts a new Integrated Resource Plan every five years, “there is time to redefine the path forward.”

Today, the Platte River Power Authority uses hydropower, solar, and wind to meet 39% of electricity demand for the communities of Fort Collins, Loveland, Estes Park, and Longmont. It plans to increase the total to 50% next year and about 60% by 2024. The plan calls for average annual utility rate increases of about 2% per year, The Coloradoan adds, “which is about on par with the increases Platte River would see even if it acted less aggressively in adopting new renewable sources.”

Hopefully this IRP and others start to evaluate the cost difference between the 80 to 90% carbon free generation and 100% renewables.  Terminology is important as most legacy large hydro is not considered renewable, but of course is carbon free.  Also using small amounts of natural gas in modern generation facilities that are 40 to 50% efficienct is a very cost effective way to deliver responsive generation when intermitant resources are not available.  Since most utilities already have some of these generators in place, maintaining them is both cost effective and reduces the resources needed for alternatives.  With electricity being only 30% of our carbon footprint, being 100% non-carbon there while growing our carbon footprint in transportaion, industry and food seems very short sighted.