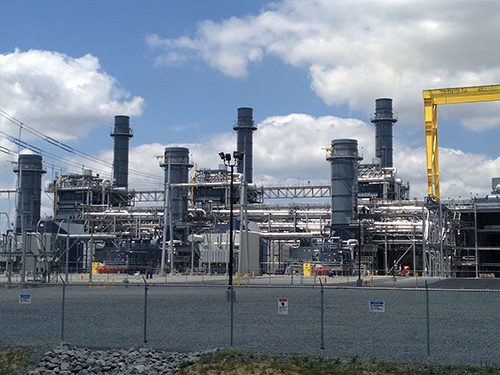 With renewable energy costs dropping dramatically, and mounting pressure from investors to abandon natural gas, utilities and gas producers are facing a quick, stark choice between shifting their business focus or being caught with a stranded asset risk that could exceed US$100 billion, according to recent analysis.

“To put it mildly, gas is over,” European Investment Bank (EIB) President Werner Hoyer declared in January, in a statement brought back to light this week in an analysis by Bloomberg News. “This is a serious departure from the past, but without the end to the use of unabated fossil fuels, we will not be able to reach the climate targets.”

Now, “natural gas is falling out of favour with emissions-wary investors and utilities at a quicker pace than coal did, catching some power generators unaware and potentially leaving them stuck with billions of dollars of assets they can’t sell,” Bloomberg writes.

“If you find out somebody who is ready to offer a good price for our gas plants in Spain, then we are ready to sell,” said José Ignacio Sánchez Galán, CEO of Spanish renewables giant Iberdrola SA. “We are not finding people.”

“Phasing out gas in power generation is just a first step,” the news agency writes. “Cutting back use of the fuel in heating, transport, and industry would wreak more potential damage. Europe wants to reach net-zero emissions by 2050, which is at odds with plans to build numerous infrastructure projects, like pipelines and terminals.”

That trade-off shows up in the different plans among major European utilities.

Renewables and utility giant Enel SpA has plans to build new gas capacity, even as it sets out to cut coal 74% by 2022. “The important thing is that the direction is clear, it will not change,’’ said the company’s head of global power generation, Salvatore Bernabei.  “Everyone should understand that we cannot change the world in one day.”

But Bloomberg says Britain is unlikely to build any new gas plants without (as yet expensive and unproven) carbon capture technology attached, and Électricité de France has just sold off its last gas-fired generating station. Portugal’s biggest utility, Energias de Portugal SA, is exiting coal and doesn’t seem inclined to wait for a push out of gas.

“There is an increasing amount of funds that either don’t like it or can’t even invest in companies with coal,” said CEO Miguel Stilwell de Andrade. “We’re not going to wait until people tell us that gas is no longer going to be used. We’re going to make sure that we’re going to get out of there before.”

After helping to speed the disappearance of coal, gas is now the dominant electricity source in the United States, and “everyone is talking about it in terms of a transition, not a cliff,” said Ryan Wobbrock, a senior credit officer at Moody’s Investors Service. “But now there are indications that demand in the U.S. is topping out decades ahead of schedule with cheaper renewables and net-zero moving up the agenda for utilities,” Bloomberg writes. An analysis last year showed renewables taking the lead across U.S. power grids by 2028, and “President Joe Biden’s $2.25-trillion infrastructure and energy plan includes incentives for renewables and a massive transmission grid build-out that could speed up the transition away from fossil fuels.”

UK-based Carbon Tracker sees gas phasing out faster than coal, not only because of cost pressures from renewables, but because thousands of jobs and generations of tradition made coal a tougher habit to break.

“Gas will be a repeat of coal but quicker,” said Catharina Hillenbrand von der Neyen, Carbon Tracker’s head of company research. “When we look at power generation, you can see that going really, really quickly.”