Alan Caruba is the founder, in 1990, of The National Anxiety Center, a clearinghouse for information about "scare campaigns" that are designed to influence public opinion and policy. The Center... The Obama administration's relentless war on the nation's coal industry and on the electrical power generation plants that depend upon it is one aspect of his war on America that doesn't receive the attention it deserves. There is literally no basis, no justification for it, and yet the mainstream media tends to take little notice or supports it.

It is far more than a "war on coal". It is a war on the nation's capacity to meet its ever expanding energy needs. You can't build a power generation plant overnight. You can't get the enormous amount of electrical energy the nation needs from wind and solar power. Even nuclear energy, touted as "clean" because it produces no carbon emissions, has not seen any surge in new plants in decades.

As a Washington Times editorial noted on November 20, the regulations being imposed by the Environmental Protection Agency (EPA) "have forced more than 100 coal plants to shut down and have made it all but impossible to construct new coal-fired plants despite rising energy demand...Since coal-fired plants generate nearly half of all the electricity used in the U.S., the EPA regulations add significantly to other upward pressures on electricity rates across the country."

"Americans now pay 42% more for electricity than they did a decade ago."

The American Coalition for Clean Coal Electricity released a report in 2013 that stated that 204 coal powered plants would shut down over the next three to five years. That represents the loss of 31,000 megawatts of generating capacity. The law of supply and demand says that when there is less and the demand is more, the price goes up.

The closures are spread over twenty-five states. People living in Ohio, Pennsylvania, West Virginia, Virginia, and North Carolina will see the most closures. Not only will the cost of electricity go up, but jobs will be lost. Less energy. Less employment. Less reason to build a new manufacturing facility in these states.

An article from the current edition ofEnergyBiz Magazine points out that "As recently as 2008, coal-fired power plants accounted for more than 50 percent of our nation's electricity supply. Coal and other hydrocarbons such as oil and natural gas have supported our standard of living and provided us with a substantial and sustained competitive advantage in the world economy."

"The war on hydrocarbons (coal, oil, and natural gas) is fought on many fronts, but they tend to converge at the most basic of our critical energy infrastructure, the electric power plant. People assume that even though we use more electronic gear we are not increasing power demand. The opposite is true."

The most identifiable culprit in this assault on the nation's energy needs is the EPA. The Washington Times noted that its officials "have stalled for two years on providing Congress and the American people with the scientific evidence—peer-reviewed studies, analytical papers, and databases—that would justify regulations targeting the coal industry." When you are intent on destroying a critical element of the nation's infrastructure, the last thing you want to do is produce any verifiable evidence, particularly when there is none.

As the Times noted, "There are solid reasons for being suspicious of the EPA's claims about peer reviews and public comment periods. Peer reviews mean little when everybody involved is funded by an administration conducting a 'war on coal.' And public comment periods are all but useless when conducted away from areas of the country most affected by the agency's regulators." No public sessions were held in major coal states like West Virginia or Kentucky.

This isn't just devious. It is borderline criminal as a deliberate act of deception perpetrated on all Americans. It is economic warfare. It is a war against America' energy needs.

The justification for the EPA regulations is the claim that coal-fired plants emit too much carbon dioxide which, in turn, contributes to global warming. But there is NO global warming. And hasn't been since the Earth entered a natural cooling cycle about fifteen or more years ago.

The Institute for Energy Research succinctly says the "EPA's proposed rule (to increase limits on CO2 emissions) will have essentially no positive impact on the environment. If the U.S. as a whole stopped emitting all carbon dioxide emissions today, the impact on projected global temperature rise would be a mere reduction, of approximately 0.08 degrees Centigrade by the year 2050 and 0,17 Centigrade by the year 2100." And, of course, coal-fired plants in China, India and other nations continue to email CO2, a gas that is vital to all life on Earth as "food" for all the vegetation on Earth.

We are looking at a travesty being imposed on the nation, one that has a larger percentage of proven reserves of coal than Saudi Arabia has of world proven reserves of oil. Obama's 2008 pledge to bankrupt the coal companies is coming true and, in the process, denying Americans the energy they need and expect while needlessly driving up the cost of what they are using today and tomorrow.

Congress has to shake off its partisanship and lethargy, and save the nation from Obama's EPA and an Interior Department resisting the granting of leases to find new sources of energy. 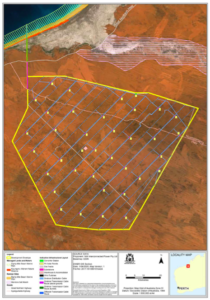