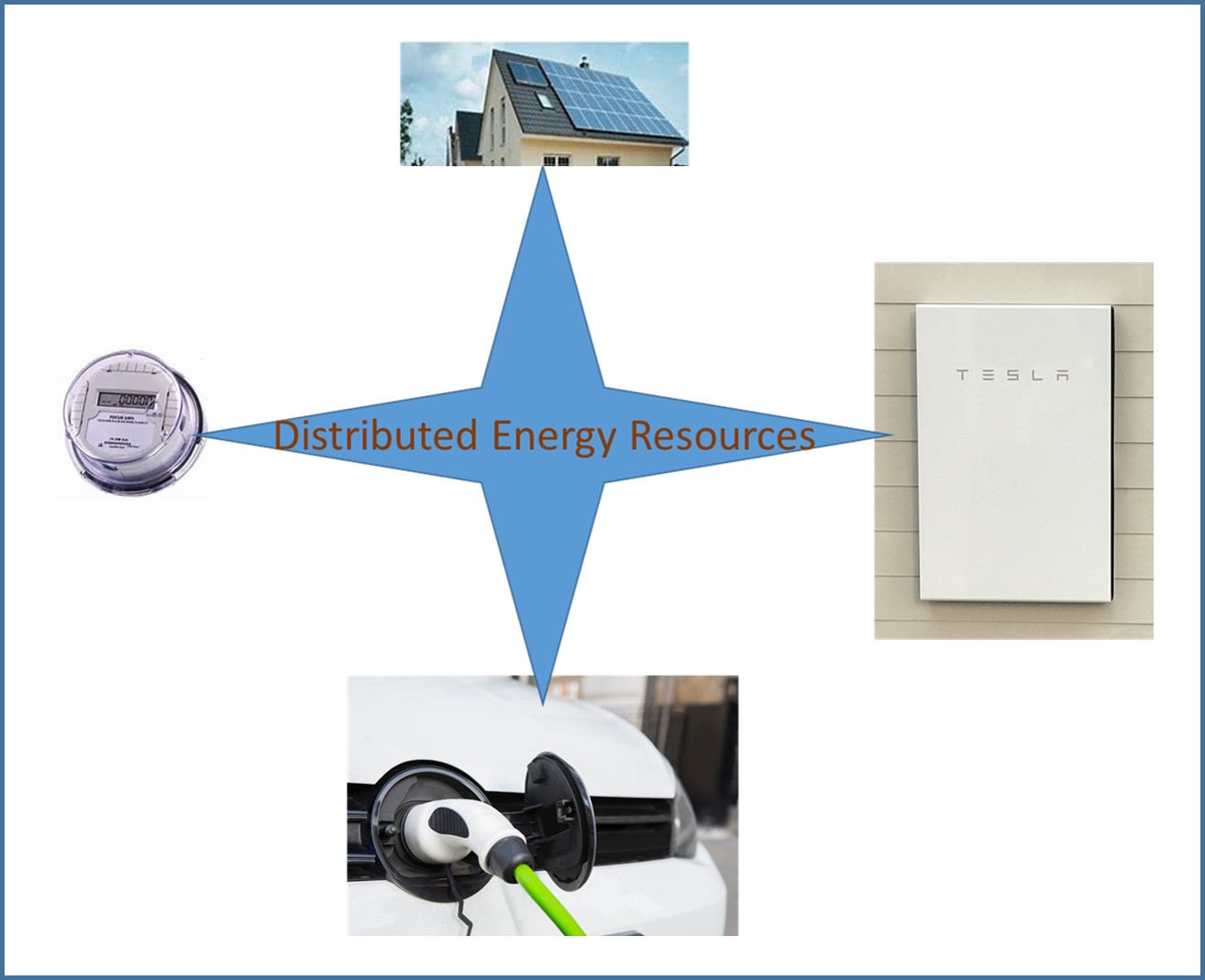 In recent decades California has strongly supported Distributed Energy Resources (DER). This is part of our formula for moving the state to net-zero greenhouse gas electricity by 2045.

This post looks a DER as described by the California Public Utility Commission (CPUC), and preliminary plans guiding the regulation of this important resource.

"The number of [diesel] backup generators—sometimes known as BUGs—in the San Francisco Bay Area and in Southern California has grown dramatically in the past few years...backup generation of all types rose by a significant 34 percent over the last three years in the Bay Area alone. In the South Coast area—Los Angeles, Orange, Riverside, and San Bernardino counties—the growth rate has been 22 percent. About 90 percent of this backup generation is diesel, 6 percent is fueled by natural gas, and 3 percent by liquefied petroleum gas."

John, is a California powered by diesel generators part of your "formula for moving the state to net-zero greenhouse gas electricity by 2045"?

What about Gov. Newsom's rushed installation of 150 MW of natural gas generation in September, to keep the lights from going out in California?

It's certainly not part of my formula for moving the state to net-zero greenhouse gas electricity. I'll go out on a limb, and say it's not part of any rational formula for lowering carbon emissions - that it was wholly predictable, given the miserable, ongoing failure of solar and wind to provide reliable electricity to power our grid, our Governor's lucrative investments in natural gas, and his steely determination to replace Diablo Canyon Power Plant with that fossil fuel.

"Distributed Energy Resources" sounds more like a formula to concentrate California's collected wealth in the governor's personal bank accounts, at the expense of the environment. Doesn't it?

I know PG&E (and probably other CA utilities) use large diesel generators to back up critical infrastructure during PSPS events and other outages, and I also know that these are rarely used. Thus their total amount of diesel fuel used is tiny in comparison with on-road diesel trucks, ag equipment and construction equipment.

We have a long way to go to replace the latter, so this is what we should be focused on right now.

As I've written before, even the cleanest diesel engines emit large amounts of PM 2.5 which is a major health concern. CARB is working hard to get rid of all diesels, but I would guess the early 2030s before a large majority of them are history. Ditto then before the many geological methane-fueled COGEN plants are shut down or converted to non-GHG producing fuels (either biomethane or green/blue hydrogen). But in a few years these will start to be needed less, as more and more BESS come on line.

But for now, as you've pointed out, we are not there yet.

I was working on another post and happened to pop into the DWR site, where I saw the press release linked below. I believe this is one of the things you are talking about above.

Thanks John, good info - or as good as any info from the California Energy Commission gets. Some sources say five generators, some say four. CEC says "'the units will be available until December 31, 2023", other sources say California is authorized by FERC to use them for up to five years.

You might check out the documentary series being produced by reporter Brandon Rittiman, for ABC-10 in Sacramento, called "Fire - Power - Money: How Gavin Newsom Protected PG&E" (not twenty minutes ago it won the national Edward R. Murrow Award for Investigative Journalism).

In particular, pay attention to the interview with Alice Stebbins, former CPUC researcher-become-whistleblower: though the California Constitution says they must be independent, Gavin Newsom has everyone in California's executive branch - CPUC, CEC, State Lands Commssion. Water Board, Independent System Operator, everyone - under his thumb. Those who don't follow his agenda, to the letter? Next day, their desks are empty.

Yes, I might check this out, although I may know more details about this that Mr. Rittman. If you will remember, I wrote many critical papers on PG&E before and immediately after their bankruptcy.  Go through the link below.

Go to the end of the list (section 31) and the end of this section. These are in reverse chronological order, so if you start with the oldest (31.3) this will be my first post on the subject of PG&E Wildfires. The prior section (30) is mainly of the process that led to the PG&E Bankruptcy.

Please do check it out, and let me know if you know more details about this than Mr. Rittman. He has video of Gavin Newsom squirming as he tried to explain accepting >$200,000 from PG&E - which by the time, had confessed to a felony.

He has talked to homeowners who have yet to receive a dime from PG&E as part of the bounteous settlement they were promised. Have you?

Let me know if you know more details than Alice Stebbins, who watched as Newsom methodically weeded out contrarian views in the CPUC - until she was weeded out herself.

There are several technological challenges to be overcome to enable competitive delivery of large amounts of hydrogen over long distances. • Significant technical improvements over the current state of the art are necessary for the technologies..

Potential for Ammonia as Fuel in Shipping

Virtual power plants (VPPs) have been making waves in the utility sector in recent years, truly disrupting what the status quo for power generation and delivery could look like. As the industry moves forward towards goals that cannot be missed..

The Potential of Off Grid Solar Solutions
Nuclear energy and society, radiation and life – the evidence 1
Political disconnect of our energy needs
Virtual Power Plants – How Can They Succeed?

Roger commented on ...
The Manhattan Contrarian Energy Storage Paper Has Arrived!
Nice paper. Well done. Makes good points about the amount of storage required IF wind and solar are expected to source all electrical energy that...

Michael commented on ...
Preparing for the Inevitable: How Utilities Can Keep the Power on Despite Strengthening Storms
The statistical data do not support claims of worsening storms.

Anthony commented on ...
Preparing for the Inevitable: How Utilities Can Keep the Power on Despite Strengthening Storms
Thanks for the article Phil.  The topic is near and dear to me.  I just put together a webinar on this, titled Grid Hardening for Climate...

Matt commented on ...
What is the role of interconnectors?
I imagine this is more of a long-term solution, though, rather than anything that will be able to be implemented in time to deal with the current...
Energy Central Jobs
Featured Jobs
More Jobs