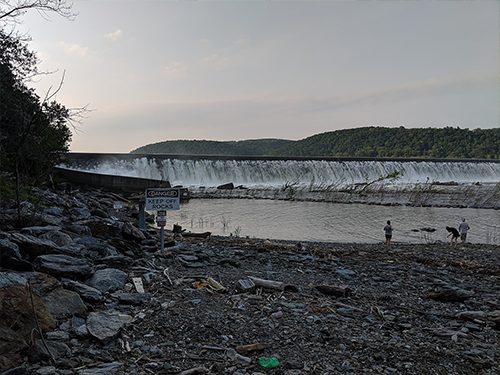 Toronto-based Brookfield Renewable Partners is planning to supply electricity from its Holtwood hydropower plant in Pennsylvania to a U.S. fuel cell company aiming to cash in on the growing green hydrogen boom.

“Plug Power Inc., based in upper New York State, has ambitious plans over the next eight years to build and install electrolyzers, which generate green hydrogen by using renewable electricity,” the Globe and Mail reports. “Plug’s expertise is in making hydrogen fuel cells, but the Latham, NY-based company plans to diversify by building an extensive U.S. network of green hydrogen production sites.”

The company is starting down that road by inking supply deals with Brookfield and other sources of renewable electricity. “We have a facility called Holtwood hydro that produces a significant amount of renewable power,” Brookfield CEO Connor Teskey told the Globe and Mail. “Plug Power is going to build their new electrolyzer—their new hydrogen facility— right near our hydro dam.”

Plug Power aims to produce 45 tonnes of green hydrogen per day by the end of next year and 450 tonnes per day by 2025, said Chief Strategy Officer Sanjay Shrestha.

“Many environmentalists view green hydrogen as a holy grail for the world’s energy transition over the long term for use in transportation and industrial heating, especially as a wide array of countries strive to achieve net-zero carbon emissions by 2050,” the Globe writes. A clean-burning fuel, it’s seen as an “ideal replacement” for diesel or fossil gas. “Skeptics, however, question whether the clean energy industry’s excitement is more hype than substance.”

While green hydrogen is the cleanest production option for the coveted energy carrier, it’s also the most expensive at the moment, the news story adds—although several analysts expect it to be cost-competitive with fossil-generated blue hydrogen around 2030, or as soon as 2023. Teskey shares that optimism.

“It’s still very, very much in its nascent stage,” he told the Globe. “We do think over time, as the industry ramps up, economies of scale will prevail and green hydrogen will become cost-effective.”

“The interest in electrolyzers has just gone up significantly in the last year,” said Amy Adams, vice-president of fuel and hydrogen technologies at Indiana-based truck engine maker Cummins Inc., whose new facility in Bécancour, QC now produces more than eight tonnes of green hydrogen per day. “It’s not just ambitions, because we could really see the market developing very quickly.”

The Globe and Mail has details on the production processes behind green hydrogen and Plug Power’s business development plans.

While green hydrogen is the cleanest production option for the coveted energy carrier, it’s also the most expensive at the moment, the news story adds—although several analysts expect it to be cost-competitive with fossil-generated blue hydrogen around 2030, or as soon as 2023. Teskey shares that optimism.

It's clean to produce, but I think the economic story you mention is still the big hurdle-- the inefficiency in production, the transportation challenges, etc.