$16,752 Power Bill was a Feature, Not a Bug, in Texas’ Market-Driven Electricity System 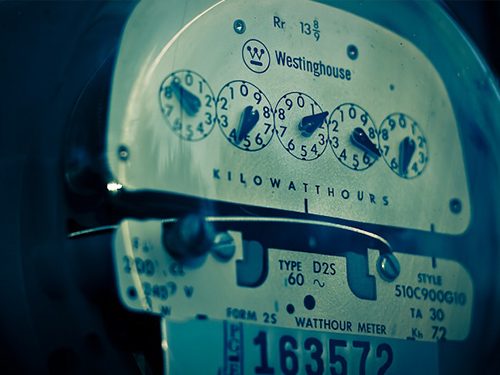 With one Texas ratepayer looking at a US$16,752 power bill, and another down to her last $200 after her electricity reseller cleaned out her bank account, the architect of the state’s deregulated electricity market says it’s functioning exactly as it’s supposed to.

Actual customers and consumer advocates aren’t so sure, with at least one energy consultant calling the system “idiotic”, the New York Times reports.

The panicked reports of price gouging are coming from people who were lucky enough to keep the heat and lights on during Texas’ epic power outages last week—and unlucky enough to receive their exorbitant bills after electricity demand hit record highs and supplies crashed, in a state that had little or no provision to protect consumers from extreme conditions or prices.

“My savings is gone,” said 63-year-old army veteran Scott Willoughby, who lives on Social Security payments in a Dallas suburb. “There’s nothing I can do about it, but it’s broken me.” He told the Times the $16,752 power bill—70 times what he would normally expect to pay for all his utilities—had nearly emptied his savings account.

DeAndré Upshaw, an apartment dweller in Dallas, paid more than $6,700, compared to about $80 per month at this time of year. “It’s a utility—it’s something that you need to live,” he told the Times. “I don’t feel like I’ve used $6,700 of electricity in the last decade. That’s not a cost that any reasonable person would have to pay for five days of intermittent electric service being used at the bare minimum.”

Katrina Tanner of Nevada, Texas said she’d been charged $6,200 so far this month, more than five times her power bill for all of 2020. Her reseller, Griddy, had the right to take the money directly from her bank account, and she told the Times she could see her bill “just rising, rising, rising” as climate-driven storms and cold rolled through the state.

Tanner said she suspected she’d only been left with her last $200 because her bank stopped Griddy from taking more.

Many of the households reporting outlandishly high payments, including Willoughby, Upshaw, and Tanner, “are customers of Griddy, a small company in Houston that provides electricity at wholesale prices, which can quickly change based on supply and demand,” the Times writes. “The company passes the wholesale price directly to customers, charging an additional $9.99 monthly fee. Much of the time, the rate is considered affordable. But the model can be risky: Last week, foreseeing a huge jump in wholesale prices, the company encouraged all of its customers—about 29,000 people—to switch to another provider when the storm arrived. But many were unable to do so.”

In the aftermath, legislators and consumer advocates questioned whether customers understood what they were signing up for—and whether regulators should have allowed the situation to develop.

“To the Texas Utilities Commission: What are you thinking, allowing the average type of household to sign up for this kind of program?” asked Public Citizen energy program director Tyson Slocum. “The risk-reward is so out of whack that it never should have been permitted in the first place.”

“When something like this happens, you’re in real trouble,” added Phil King, a Republican member of the Texas House of Representatives. “There have got to be some emergency financial waivers and other actions taken until we can work through this and get to the bottom of it.”

But William W. Hogan, a Harvard Kennedy School professor considered the architect of Texas’ electricity market, “said in an interview this past week that the high prices reflected the market performing as it was designed,” the Times states. “The rapid losses of power—more than a third of the state’s available electricity production was offline at one point—increased the risk that the entire system would collapse, causing prices to rise.”

“As you get closer and closer to the bare minimum, these prices get higher and higher, which is what you want,” he said.

But Portland, Oregon energy consultant Robert McCullough, described by the Times as a critic of Hogan, said a market-driven system with such limited consumer protections is “idiotic”, noting that people in California had faced similar devastation in 2000 and 2001.

“The similar situation caused a wave of bankruptcies as retailers and customers discovered that they were on the hook for bills 30 times their normal levels,” he recalled. “We are going to see this again.”