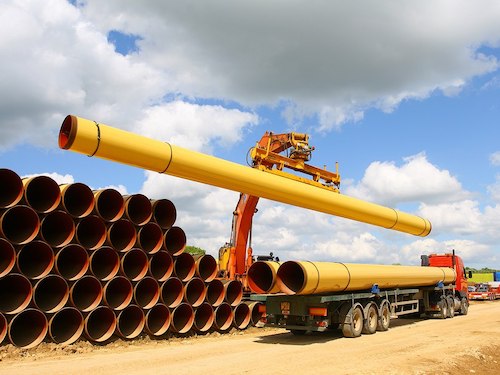 Callous disregard for community health has left a Virginia utility giant on the hook for a US$8-billion cancelled pipeline. And more of the same lies ahead for fossil interests as citizens, courts, and legislators increasingly say to no to projects that bode ill for people and climate.

This past July, six years after Richmond-based Dominion Energy first sought to build a compressor station for its 965-kilometre Atlantic Coast Pipeline near the historic African American community of Union Hill, Virginia, the company and partner Duke Energy pulled the plug on the whole project, reports Climate & Capital Media.

The project had been battered by public protests and a series of environmental lawsuits. But the final straw was a sharp rebuke from a federal court over its pro forma treatment of an environmental and public health review of its proposed compressor station—one of three planned for the pipeline.

“Even if all pollutants within the county remain below state and national air quality standards, the board failed to grapple with the likelihood that those living closest to the compressor station will be affected more than those living in other parts of the same county,” the court declared in its ruling. “Environmental justice is not merely a box to be checked, and the board’s failure to consider the disproportionate impact on those closest to the compressor station resulted in flawed analysis.”

The court then yanked the compressor permit.

Union Hill, a Black community with roots reaching back to the U.S. Civil War, fought a hard battle against the compressor station, as such infrastructure is a documented source of toxic nitrous oxides, methane, and particulate matter. And Climate & Capital says the citizens of Union Hill are part of a long-standing effort to change an industrial (and socio-economic) model that has long profited at the cost of Black American lives. It cites a 2017 report co-authored by the NAACP, “which found that Black residents who live near oil and gas wells, compressors, and processing plants are already beset by lack of proper health care, leading to chronic health problems such as asthma, and other health disparities.”

In a statement about the cancellation, Dominion stated that “recent developments have created an unacceptable layer of uncertainty and anticipated delays,” adding that a generalized uncertainty “overhangs large-scale energy projects and industrial infrastructure.”

The fate of the pipeline reflects a new reality for fossil fuel projects in the United States, writes Climate & Capital. “Falling energy prices, unrelenting opposition, sophisticated legal challenges, and increasing state regulations aimed at reducing greenhouse emissions” are all forcing energy providers like Dominion to “rethink their reliance on fossil fuels and imagine a world of renewable projects.”

And the election of U.S. President-elect Joe Biden and Vice President-elect Kamala Harris is not going to slow down the change. Alert to these shifting winds, Dominion is now “touting its renewable energy bona fides,” selling off “all of its gas transmission and storage assets to an affiliate of Warren Buffet’s Berkshire Hathaway in a deal estimated at $9.7 billion.” It has also shuttered six coal power plants and converted five more to natural gas—both moves likely driven by a Virginia state law mandating the closure of coal power plants by 2024, notes Climate & Capital.

Dominion is also building two wind turbines off the Virginia coast, with plans for nearly 200 by 2027.