I am currently the news director for the American Public Power Association, a major trade association located in the Washington, DC, area that represents more than 2,000 community-owned electric... 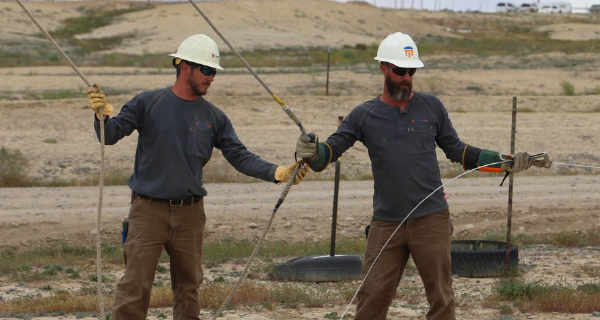 Public power utility crews connected more than 200 Navajo Nation families as part of a mutual aid initiative by the Navajo Tribal Utility Authority (NTUA) and the American Public Power Association to provide electricity to thousands of Navajo homes that was recently completed.

The Association teamed up with NTUA to launch a pilot program called “Light Up the Navajo Nation,” with more than 130 volunteers from 27 utilities registered to be part of the Light Up Navajo pilot initiative. Crews from across the U.S. worked side-by-side with NTUA lineworkers as part of the project.

During the project, lineworkers from across the country built electric lines to bring power to Navajo Nation families. The hope is that the pilot effort will serve as a successful model for future electrification projects.

The two-week trial run for the project started on March 25 and ended on April 6. During that time, crews from Illinois public power utility Rochelle Municipal Utilities connected a total of 20 families.

After the trial run, crews participated in the effort from April 8 through May 18.

More than 225 families were connected as a result of the initiative, with a total of 42.40 miles of transmission line built.

During the week of May 6 through May 11, another 30 families were connected by crews from SRP, SMUD, Sterling Municipal Light Department, City of Piqua, Ohio, and Conway Corp. (Arkansas).

In the final week of the project (May 13-May 18) a total of 33 families were connected by crews from the following public power utilities: Lehi, Utah, St. George, Santa Clara, and Washington City, Utah; Murray City, Utah, SRP (focused on mainline construction) and Sterling, Mass. Another 11 families were connected by two investor-owned utilities: Arizona-based Arizona Public Service and New Mexico-based PNM.

Lehi City lineworker Kevin Stephensen helped to bring power to a family that included an elderly woman who used to weave blankets. “She quit doing it because it was hard for her to see with the lanterns,” Stephensen noted. “Hopefully, this will help her” in being able to start to weave again now that she has electricity, he said.

“It was a good feeling,” Stephensen said. “It was somewhat emotional to sit there and just see how they reacted to what you’ve just accomplished for them and provided for them” something that they never had.  He said that to “be a part of that with my fellow coworkers was probably a once in a lifetime experience.”

“I work with students, so I would go to work and I would have to fill up my generator with gas every day, so students would say ‘Mrs. Kenny, you smell like gas.’ It was cute, but I told them why,” said Rethema Kenny, a Navajo resident living in the Sage Brush Springs area of the Nation. “It was hard not having fresh food, fresh milk, fruits, vegetables. We have two kids. We are so grateful that their future is looking bright.” 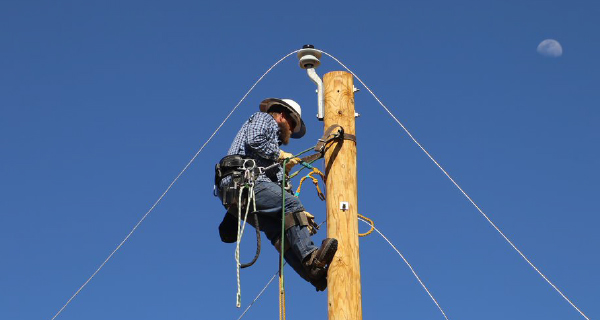 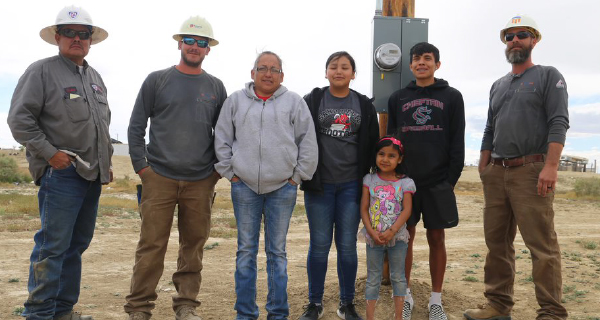 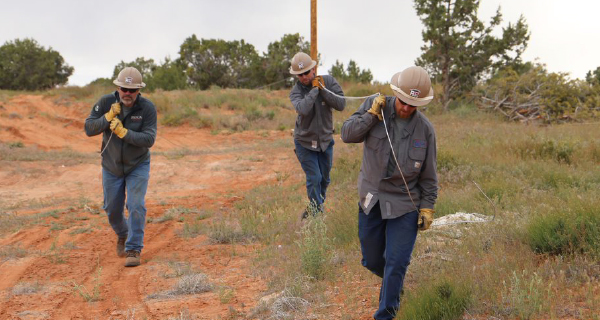 News outlets reporting on the Light Up Navajo project have included National Public Radio and Electric Light & Power, while at the local level, coverage has included:

In 2018, the board of directors for the Association’s Demonstration of Energy & Efficiency Developments program approved a $125,000 grant application submitted by NTUA, which was related to the Light Up the Navajo Nation effort.

In its application, NTUA said it would explore several options to survey and assess, within the Navajo Nation, the feasibility to electrify its Navajo Nation members.

NTUA said it would conduct feasibility studies to address the difficulties of providing electric line extension construction projects on the Navajo Nation.

For more information on the Light Up Navajo project, visit PublicPower.org/LightUpNavajo.