The Canadian government has proposed an expansion of its transmission infrastructure meant to encourage development of renewable power in the country’s Atlantic provinces that would include a segment through Maine.

In the traditional speech that marks the opening of a session of the Canadian Parliament, which is called the Speech from the Throne, the Canadian Governor General said the government will move forward “with projects like the Atlantic Loop that will connect surplus clean power to regions transitioning away from coal.”

According to Canadian journalist Roger Bill, the idea for a project such as the Atlantic Loop goes back to 1962, when Canada’s prime minister proposed an integrated national power grid that would have transported hydroelectric power from Labrador to Quebec. Neither it nor an attempt in 2002 to develop hydropower in Labrador and transport it to Quebec ever got off the ground because of Quebec’s insistence that it be the sole buyer of the power rather than let Newfoundland and Labrador, the province that Labrador is part of, build transmission lines in its territory.

Eighteen years later, Bill writes, negotiations may be easier because Newfoundland and Labrador has been slammed financially by the COVID-19 pandemic and the falling oil prices it has caused. Although Quebec has been affected less, it, too, is hurting from the pandemic.

Prince Edward Island, which like Newfoundland and Labrador, is part of the Atlantic provinces, also could benefit from the Atlantic Loop. A member of parliament from PEI told the CBC that the project would create a larger market for power from the province’s wind farms, such as the one pictured at the top of this post.

Gordon Well, a consultant who has served as Maine’s energy director and was its first public advocate, thinks the project could give the state greater access to Canadian hydropower and boost the development of renewable generation, including offshore wind, in it. Ultimately, he wrote in the Portland Press Herald, it could give Maine an alternative to ISO-New England.

Whether Mainers would embrace the Atlantic Loop is open to question. There’s a large battle raging in the state over the proposed New England Clean Energy Connect project for at least three reasons: it would require building a new 53-mile corridor through timberland in western Maine; the power from it is going to Massachusetts; and the power it would transport would be hydropower, which has lost some of its green luster due to the environmental effects of the dams required to generate it.

Unlike the NECEC, the Atlantic Loop could provide power to Mainers, but it could run afoul of environmentalists due to its route and the possibility that it would spur more hydropower development. Canadian First Nations also might object to the hydropower development, depending on where it’s located and whether they could get revenue from it.

Microsoft meets the Northern lights  Northern Lights has been developing a business model that chains together technologies developed for the energy industry across decades, using them in new ways to provide for the effective transportation,.. 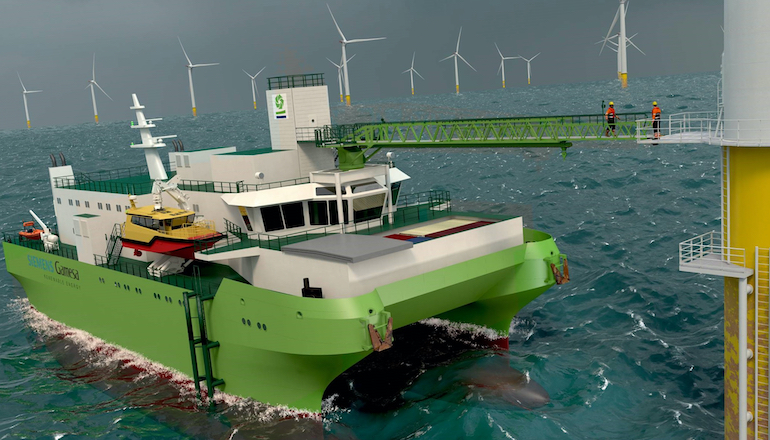 60 GW intial hydrogen project pipeline according to  this article.  Interested? Join me and over 900 companies and thought-leaders at the Business opportunities for the hydrogen economy https://lnkd.in/e_ZpqVd professional group.

A green hydrogen pipeline of over 60GW  according to this article. The majority of global hydrogen electrolyser projects will be powered by solar and onshore wind, with only five planned large-scale projects to be powered by offshore wind..

Matt commented on ...
Can Distributed Energy Resources displace the need for a transmission project?

And ultimately customers pay the cost. So, we owe it to the customers to look at all alternatives to transmission solutions including DERs.

According to this, a 2013 study published in The Appraisal Journal

WHO | What happens when you are exposed to electromagnetic fields (EMF)