PacifiCorp gets green light during a tough era Yesterday, the U.S. Bureau of Land Management announced that they’d given PacifiCorp permission to continue its Energy Gateway South Transmission project. The 416-mile power line is planned to run through Wyoming, Colorado, and into Utah. The Gateway South line is part of the utility’s broader plan to install 2,000 miles of transmission lines across the West.

Projects such as the Gateway South line are desperately needed if the U.S. is to transition away from fossil fuels. The grid, as it stands, is outdated and not interconnected enough to get renewable energy from where it’s produced to where it’s consumed. As it was pointed out in an Atlantic article last year: “Since 2009, China has built more than 18,000 miles of ultrahigh-voltage transmission lines. The U.S. has built zero.”

And while the recent greenlight for PacifiCorp is encouraging, it comes at a moment when other important transmission projects around the country are being held up or scrapped altogether.

In a recent Atlantic article, the reason for our sorry transmission system (and housing and public transportation crises) is explored. The author blames community input processus that allow a small minority to block important projects that would deliver big net benefits to society. Here’s how he explains it:

Although there’s been talk at the federal level about speeding up the sitting processus for transmission projects, few tangible changes have materialized to date. More discouragingly, the chatter coming out of places like FERC is usually littered with promises to defer to community voices. It sounds inclusive, it sounds progressive, but as explained in the above paragraphs, community input in the U.S. is often just the opposite.

Wyoming exports most of the electricity it generates to other states. These states no longer want coal - so wind generation is booming in Wyoming.

Just like the rest of the Western US - coal generation in Wyoming will be almost gone by 2035. 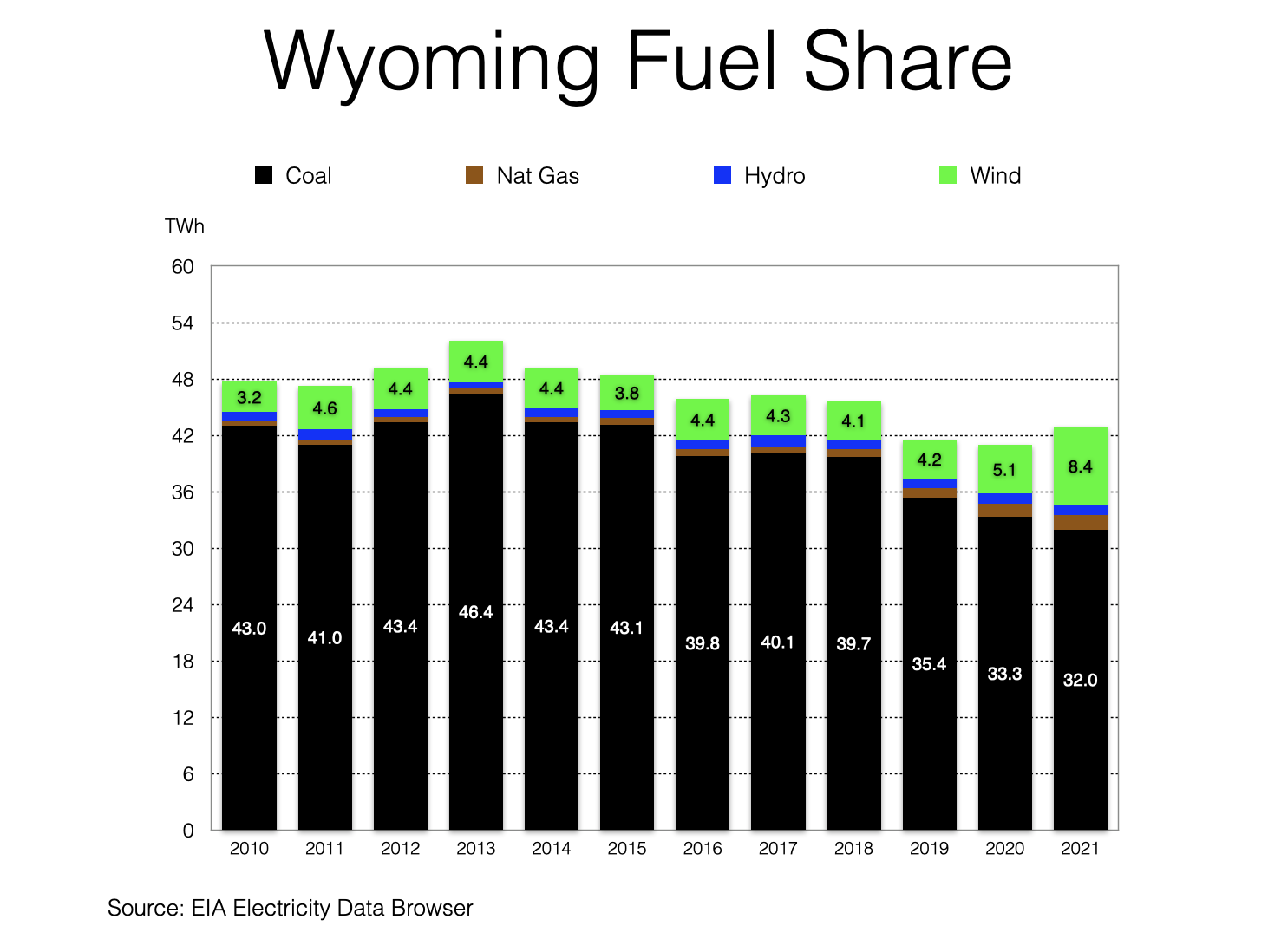