CenterPoint Energy (CNP) in Houston, Texas has an efficient process for getting power back online following a hurricane, a critical need given the location of its service area. In the best of circumstances, the process is straightforward: wait for the storm to pass and the sun to come out, then send crews out to areas identified by the Advanced Distribution Management System (ADMS), and make the needed repairs.

But, says CNP Director of Distribution Operations for the Electric Division Edward Scott, “Hurricane Harvey was unique.” The 2017 storm didn’t fade out; it stayed for days, continuing to dump water and hindering the ability of work crews to get to sites in need of repair. Given these special circumstances, CNP employees had to rely on their mutual assistance partnerships with other electric companies, use technology in new ways, and come up with safe, efficient, innovative solutions as the storm developed.

A Day in the Life

Harvey made life challenging for CNP, but it could have been worse. The company’s standard restoration process gave employees a starting point for how to manage the intensified conditions. Scott notes that this highly efficient process “starts with the ADMS.” He explains, “Under normal storm circumstances, as we start experiencing outages, and getting information from the ADMS, we begin switching equipment with our intelligent grid (IG) to restore service as quickly as possible. 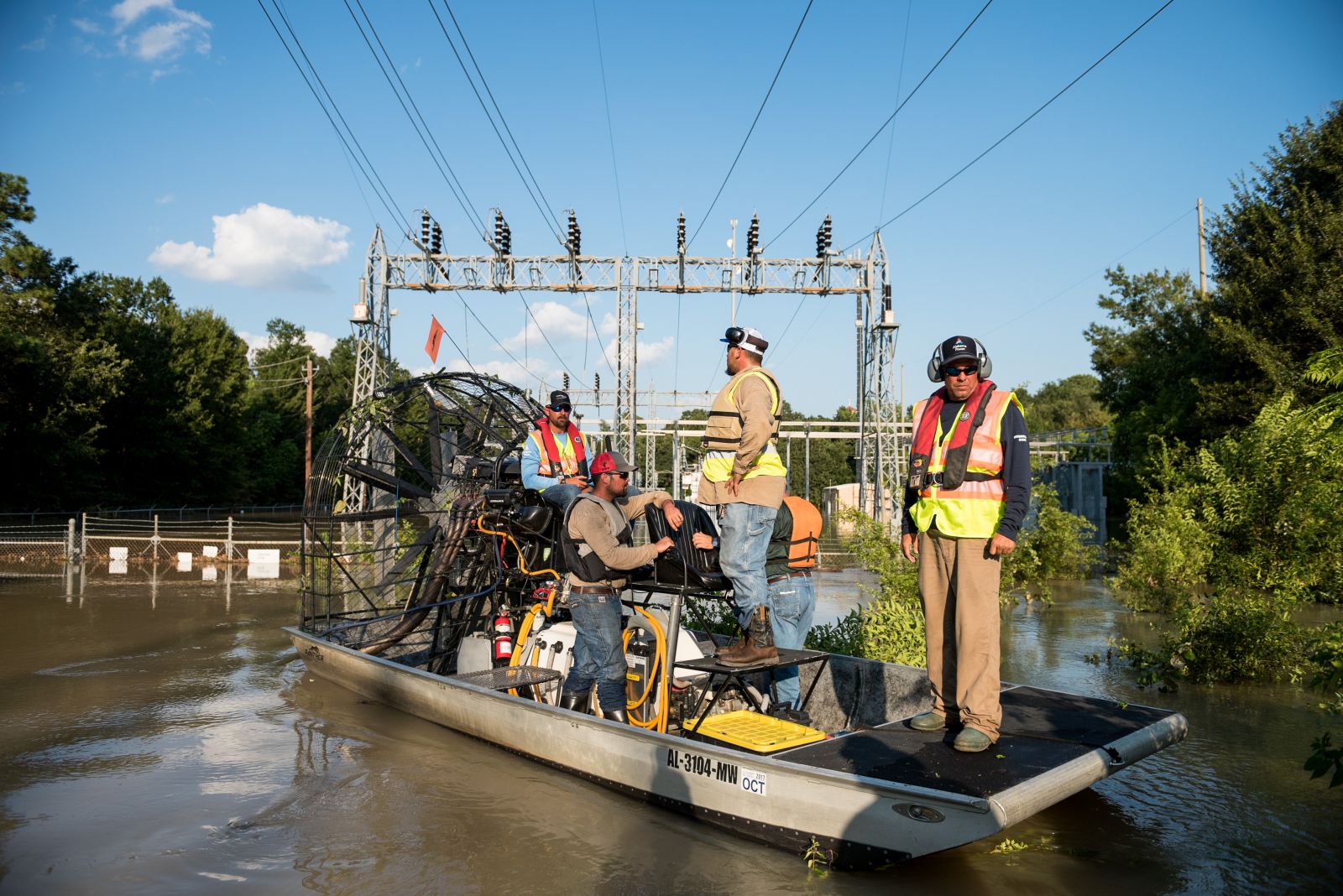 “After that first round, we do more checking and more switching in areas that may require cutting in the clear down powerlines. Finally, once service is restored, we switch everything back to normal. We focus on large service areas first, then key facilities such as hospitals, fire departments, and emergency call centers.”

CNP doesn’t take outages lightly. “We stay mindful of how long customers have gone without power,” says Scott. Additionally, CNP provides its Power Alert Service® (PAS) to customers who sign up so they can be notified at each stage of the restoration, and told how long the outage might last.

Scott says the CNP restoration process is similar to that of other power companies in that its goal is to get customers back online as quickly and efficiently  as possible. But, CNP has heavily invested in automation — including the ADMS system, its IG devices, and its advanced metering infrastructure (AMI) system — which immediately provides information to CNP so employees can respond. “It’s this automation that differentiates us,” observes Scott, “and enables us to make more accurate and expeditious decisions.”

Thinking Outside the Box

Following a typical storm, it might take CNP one or two days to restore service, depending on the size of the event. With Harvey it took a little longer, primarily because new outages continued to occur after the initial surge. In addition, the amount of water already on the ground hindered work crews from traveling to locations in need of repair. 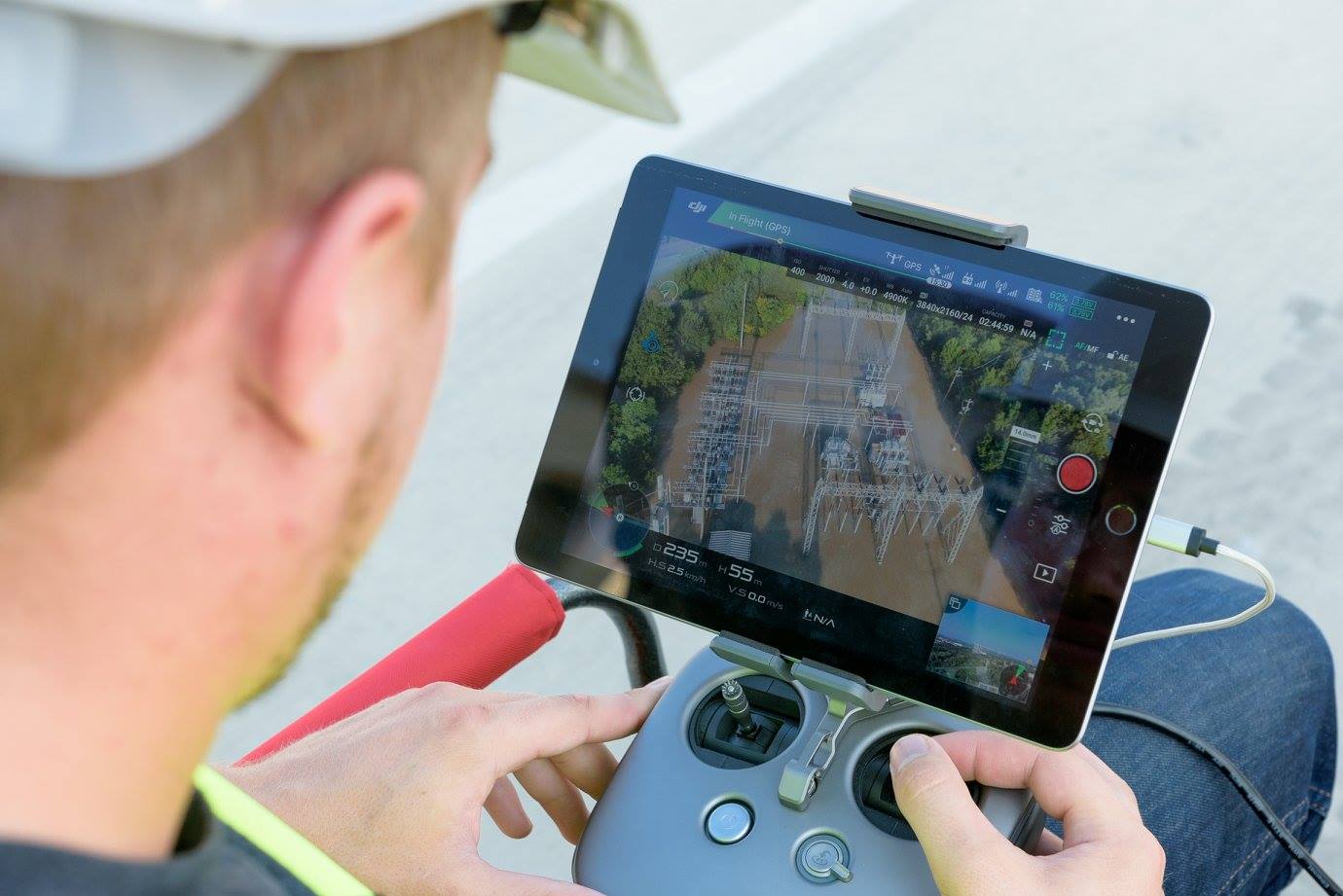 “It wasn’t that we couldn’t do anything,” says Scott, “but that we had to do things differently. For example, often on a moment’s notice we had to take different routes to get to target locations when our usual routes were flooded.” During Harvey, several resources helped CNP respond as efficiently as possible:

While some of these resources are used in typical storm situations, others, such as airboats and assistance from other power companies, aren’t. The ADMS system is normally used, but CNP relied on it even more than usual during Harvey, to prioritize where to send repair crews next.

Customers responded favorably to CNP’s efforts. Scott states, “On our social media channels it was mostly positive responses to our efforts. Our customers could see from our communications through our PAS and social media that, except for moments we had to stand down due to safety concerns, we never faltered in getting service back to as many people as possible as quickly and safely as possible.”

Following Harvey, Scott notes that CNP took away some important lessons. “We know that every storm is different. However, we looked at things that were impacted during Harvey,” he says, “and thought about how we could remedy and improve the situation in case of another similar event. For example, raising substations above existing levels, making improvements to our infrastructure, and other actions to lessen the impact of a similar storm.” 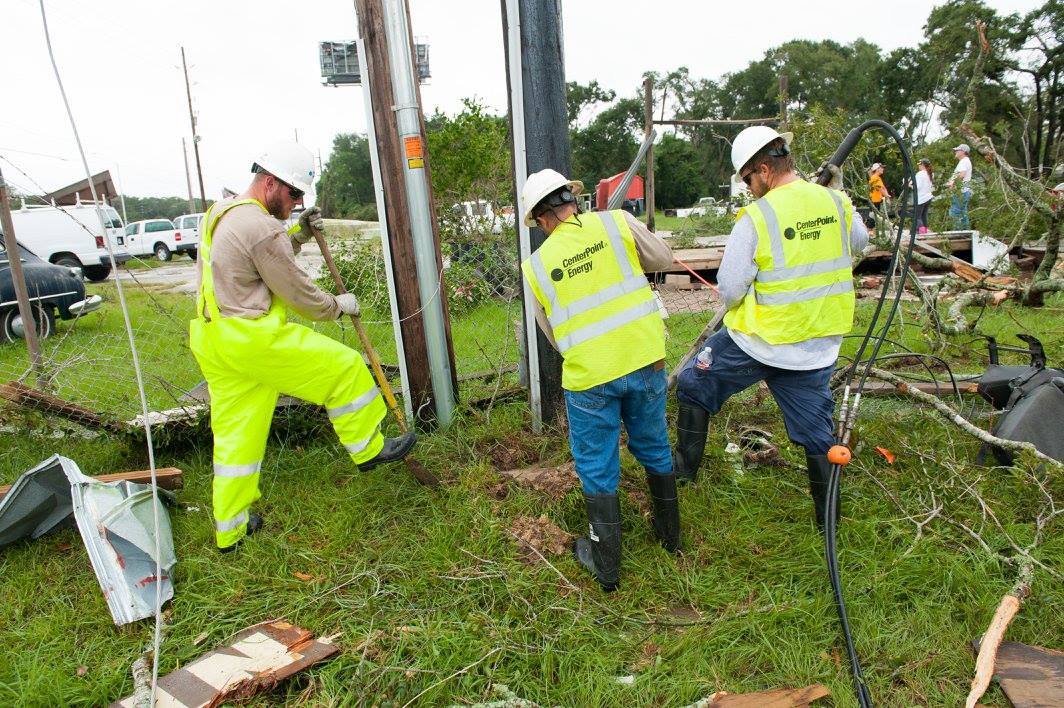 Scott observes that the industry as a whole is continuing to improve as well, in things like making better use of drones, updating infrastructure, and protecting assets more carefully.

All told, Scott remarks that CNP “shined through” the restoration process before, during, and after Harvey. “In a situation like this, it’s all hands-on deck,” he says. “Once employees know their own homes and families are secure, from communications to linemen to vegetation crews, everyone shifts their focus to getting our customers back online.”

For other power companies that might have to deal with a similar situation, Scott advises practicing the response, but always being ready to be innovative when things don’t go as expected. “Have a plan, but be willing to change it,” he says. “There will always be something you didn’t anticipate, and nothing should be considered outside the box.”

He also suggests having a thorough understanding of available resources and how they might be able to contribute. “In an event like Harvey,” he says, “success depends on mutual assistance.”

Has your utility had to deal with a situation similar to Hurricane Harvey? What did you do differently than normal? What worked and what didn’t? Please share in the comments.

All images courtesy of CenterPoint Energy.