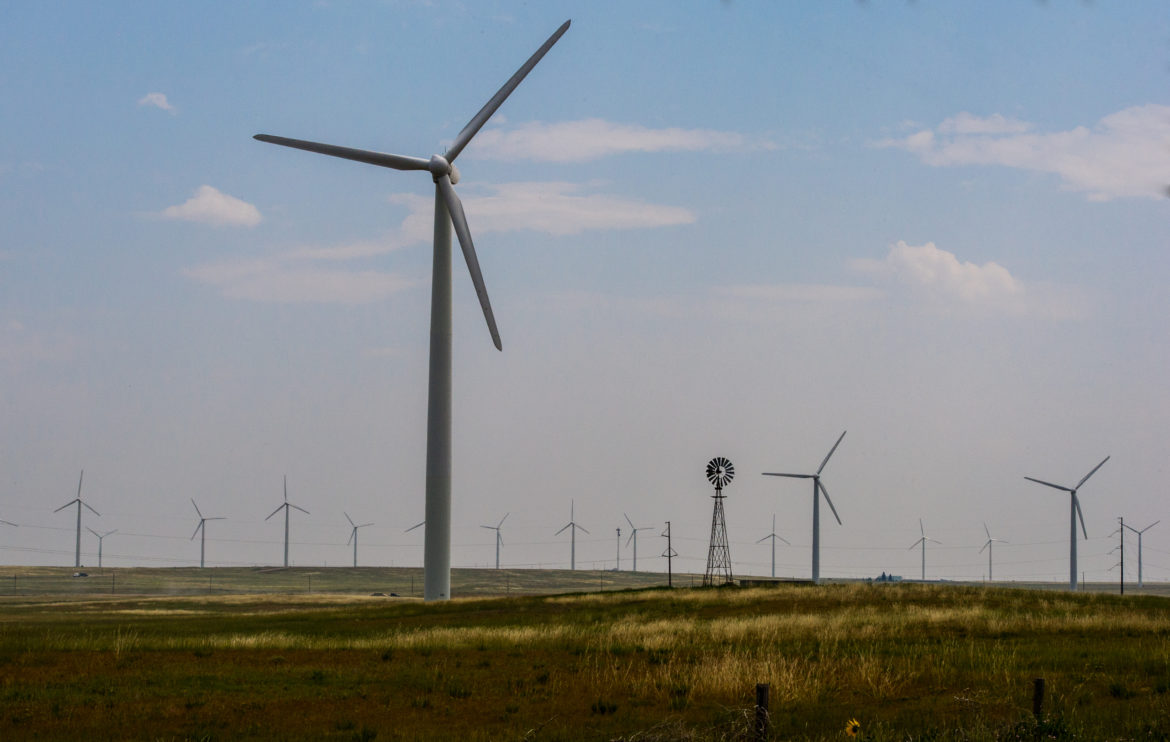 Wind turbine blades take up space but don’t pose a particular environmental threat when placed in landfills. Still, the industry is trying to move toward greater recyclability.  Photo by Dennis Schroeder / NREL

Wind turbine blades are piled up outside a former Maytag plant in central Iowa where a company hopes to help recycle them into a wide range of products.

Global Fiberglass Solutions, based in Washington state, has devised a way to slice up retired wind turbine blades into tiny pellets that can then be molded into products such as boards, furniture and packaging. The company already has a factory in Sweetwater, Texas, and it hopes to be producing pellets in Newton, Iowa, about 30 miles east of Des Moines, by the end of the year.

The Iowa plant has been in the works since 2017, and the company has run into challenges since then. Ronald Albrecht, the company’s vice president of business development, said plans were delayed because of asbestos found in the building. The company also realized it needed more space to accommodate its equipment. Modifications are underway.

Albrecht estimates that the company owns a couple thousand blades, divided between the two locations. The huge blades stacked up next to the Maytag facility are a little concerning to Frank Liebl, executive director of the Newton Development Corp.

“There’s turbines all over the place and we’ve got to do something with them,” he said. While he endorses the “wonderful” concept of recycling turbine blades, Liebl said he’s worried about delays in the project.

Albrecht said the company is focused on marketing, and has been sending out batches of pellets to distributors so they can share them with potential customers. One challenge is aligning production with demand — figuring out how to increase production as demand increases, Albrecht said.

“We want to make sure we can supply them with a couple years’ worth of material,” Albrecht said. “Otherwise, there’s too much risk involved to change their production lines.”

Wind turbine blades are made of inert and stable materials, largely fiberglass, carbon fibers and balsa wood. They take up space but don’t pose a particular environmental threat when placed in landfills. Still, the industry is trying to move toward greater recyclability, said Greg Alvarez, a spokesperson for the American Wind Energy Association. One manufacturer, Vestas, has announced it wants its turbines to be completely recyclable by 2040.

Albrecht declined to identify specific end-users for its pellets but said companies in a number of industries have expressed interest. “Beverage companies want to use it for crates. Flooring companies are coming to us. Railroad ties are another example.”

Industries that use wood and concrete are considering turning to fiberglass pellets instead, he said.

“One thing that’s really helping us out here is a lot of manufacturers are self-mandating to use recycled materials.” One example he cited is the home-furnishings retailer IKEA, which states on its website that by 2030 it will use only recycled or recyclable materials in all of its plastic products.

Global expects to build additional facilities, Albrecht said, because fiberglass waste from wind turbines and other sources is abundant. He said there are an estimated 30,000 blades that are at least 15 years old. Moving the bulky and heavy material is costly. He said he’s talking with people in other states and expects to construct a third plant somewhere in Colorado or Wyoming.

“There’s a lot of interest overseas in what we’re doing,” he said. “We got an invitation to go to China. They have a huge amount of waste. And Europe, as well. We have a development office in Europe. They keep asking, ‘When are you expanding to Europe?’ They don’t have a solution yet.”

Global is still trying to devise a method for turning the blades into pressed panels or extruded boards. Albrecht said a contractor is working on that.

The company has spoken with a manufacturer in the auto industry that has shown some interest. Fiberglass absorbs no water, Albrecht pointed out, which makes it a strong contender for any exterior use.

Global devised a manufacturing technique with the help of Karl Englund, an associate research professor of civil and environmental engineering at Washington State University. He is also Global’s chief technical officer.

The blades basically are sliced into pieces less than one inch in diameter, he said, and then combined with a resin to create something similar to a particle board.

“Since it’s not made out of wood, or only a minimal amount [of wood], we don’t have to worry about moist environments. That makes it do well for any outdoor application. Siding, outdoor furniture. A lot of those would be very viable. Also flooring. It’s a relatively hard product. Things roll across it really easily.”

He suggested it could be turned into flooring for trucks and transit containers.

The powdery remains from cutting up the blades is fodder for pellets, he said. As with most plastics, the fiberglass pellets can be fed into extruders or injection-molding machines, and exit as siding, deck boards or furniture.

Albrecht estimates that the company’s two factories together could chew through his current inventory by some time in 2021. And while the growth in the wind industry would suggest that the demand for recycling of turbine blades will increase astronomically, getting there still looks a little dicey.

Ken Becker, executive director of the economic development agency in Sweetwater, said Global Fiberglass Solutions is “struggling financially.” The company hired several people, then had to let go of several, he said.

“They have acres and acres of wind turbine blades here, but they just don’t have the funds to get the process finished.” He remains confident, however, that the business will find its place.

“Like any process, it takes a while to get going and it takes more money than they thought,” he said. “If the process works, which I think it will, it’ll be great.”

His county alone, he noted, has 1,325 wind turbines. Eventually, those blades will need someplace to go. 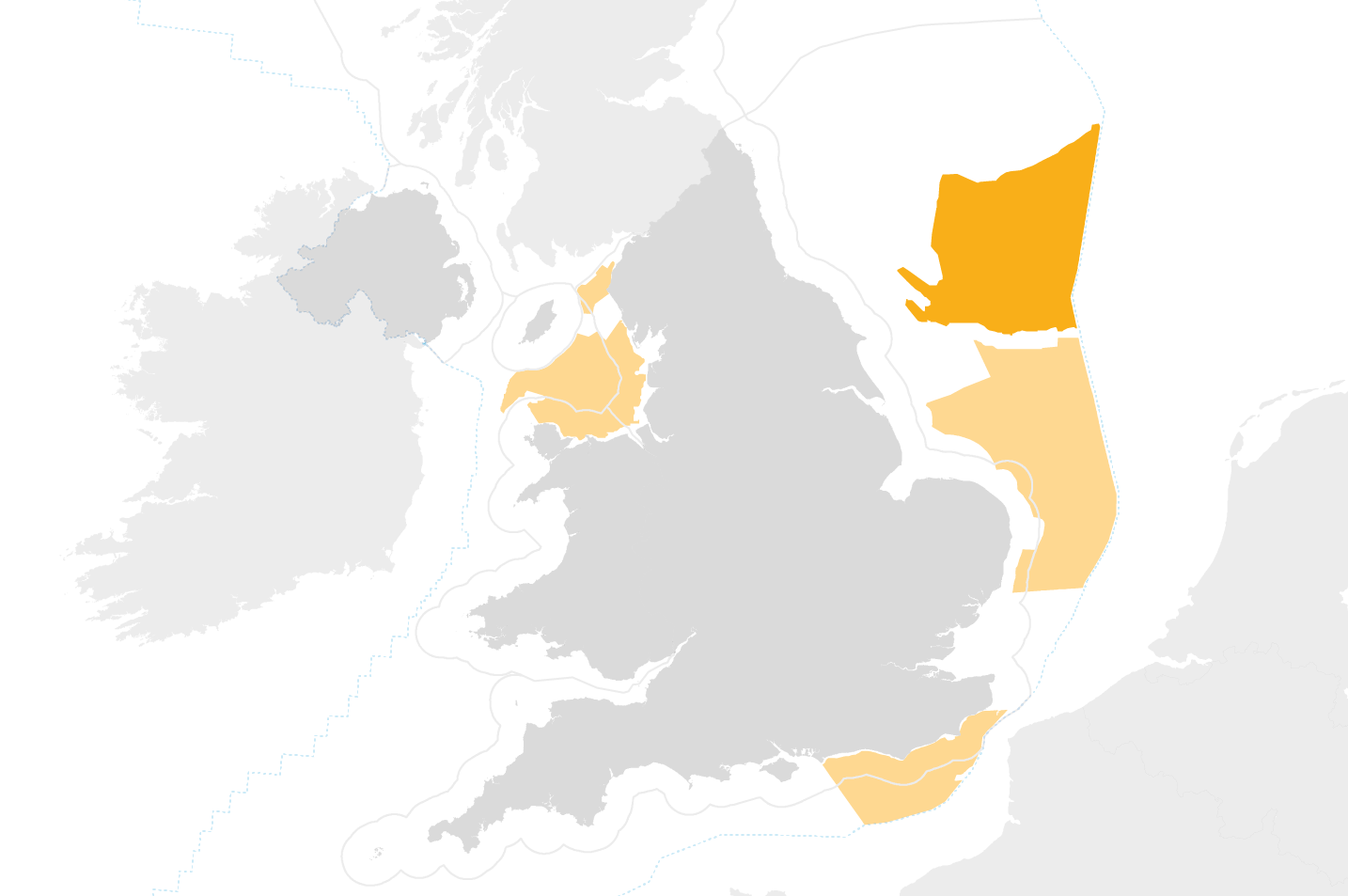 Bill Gates doing what he does best, providing thoughtful insights and clear objectives

Bill Gates doing what he does best, providing thoughtful insights and clear objectives