Why Add Renewables to Microgrids? In recent years, microgrids have seen increasing amounts of renewable energy resources integrated into the resource mix. This trend is taking place for a number of reasons. In this post, we’ll discuss why this is occurring, the general reliance on solar energy (rather than wind), and the challenges related to renewables integration.

The growth of renewables in microgrids

In the past few years, we have seen a lot more in the trade press related to the integration of renewables into microgrids. A review of the DOE database on microgrids provides some data points that underscore the evolution that is taking place. Over the 15-year period from 1996 through 2010, a total of 1,020 megawatts of diesel and gas-fired generators were built to support microgrids. During this period, only 6 MW of wind and 8 MW of solar (and 5 MW of energy storage) were added into the resource mix.

Over the next decade, as the concept of microgrids became more popular, the entire industry grew considerably. From 2011 to 2020, 1,831 MW of diesel and gas-fired generators came online. At the same time, the resource mix changed substantially over that ten-year period, with nearly 19 MW of wind and almost 214 MW of solar added to microgrids, while 111 MW of storage (mostly batteries) was integrated as well. Clearly, the age of renewables in microgrids has arrived. 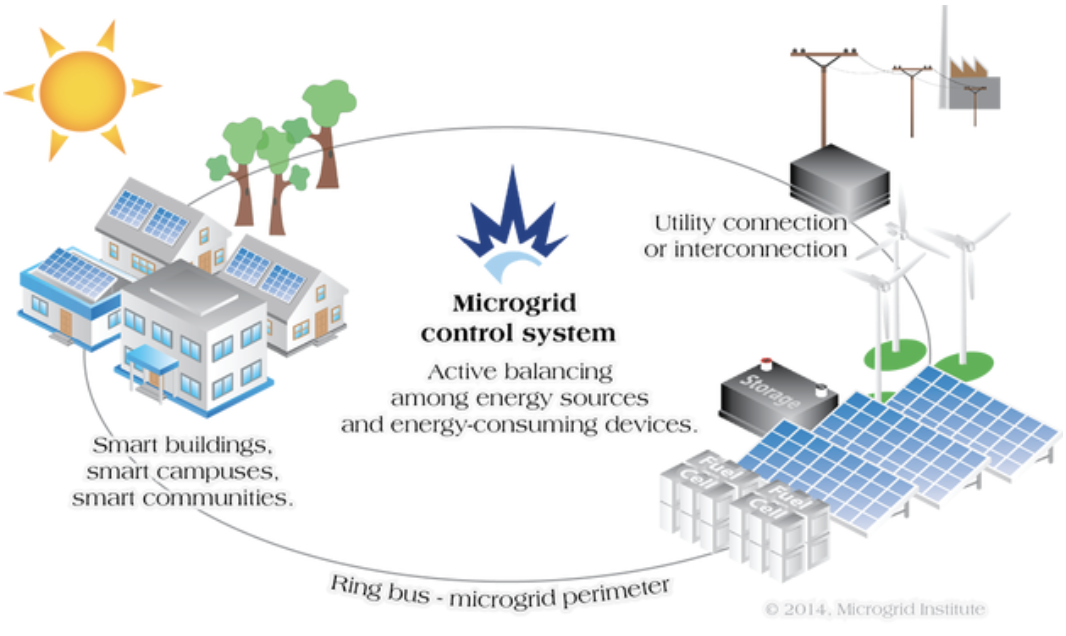 Why incorporate renewables into the microgrid?

Issues related to the integration of renewable wind and solar resources are well known, with the main challenge being the variability in renewable resource output. Wind turbines and solar panels only generate energy when the fuel (wind and sunshine) show up. By contrast, a microgrid requires a supply mix that can constantly and instantaneously “follow load,” precisely matching fluctuating demands from multiple resources with supply resources. Fossil-based supplies such as diesel and gas generators can follow load quite easily, while renewables do not and can pose a huge headache, so why bother bringing them into the equation?

There are number of reasons for doing so. The first has to do with cost. Generation of power with diesel fuel can be punishing and expensive. The belching smoke of diesel generators is often the visual equivalent of sending money up the stack, especially in areas where fuel is expensive.

Then there’s that belching diesel smoke that also has pernicious local health effects, with emissions including a nasty mix of particulates, nitrous oxides, sulfur dioxide, and volatile organic compounds. If renewables can help cut those, so much the better.

Another reason has to do with end-user carbon reduction strategies. More renewable resources integrated into the mix can push more carbon out of the supply equation. As more organizations face the growing mandate to reduce associated carbon emissions, the value of renewables grows.

There is the issue of reliability to contend with. Fossil-fuel-based microgrid generating assets are only as reliable as their available fuel supply. Gas-fired generators can generally access steady supplies of gas, but not in every instance. The February 2021 catastrophe in Texas demonstrated that gas supply can be unreliable. Diesel fuel is often the go-to fuel, but supply may be imperiled in the case of lengthy and widespread power outages that affect infrastructure and limit the ability to replace inventories that have been consumed. And there is only so much supply of diesel that can be stored on site. Superstorm Sandy demonstrated the vulnerability of over-reliance on diesel as a resource, as some facilities ran short of diesel and ran out of back-up power.

Where to get fuel if infrastructure fails? 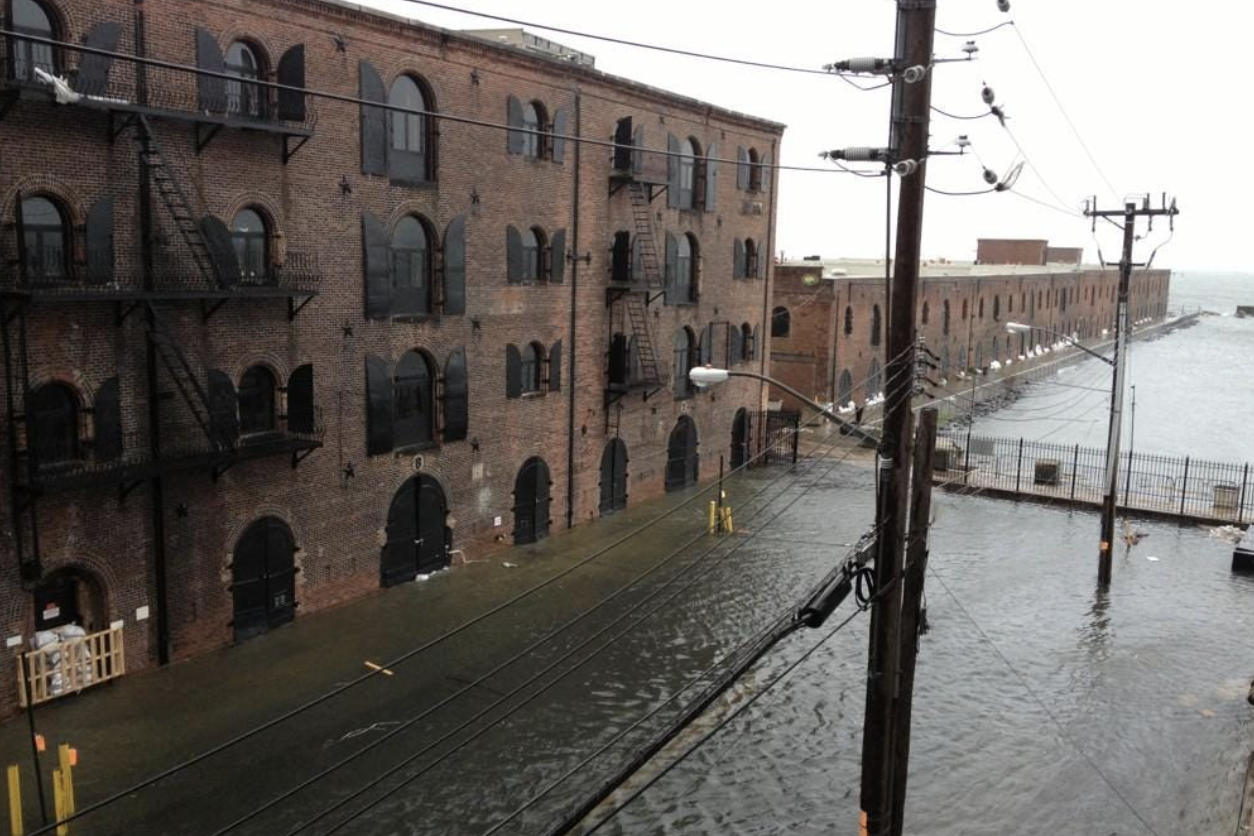 As a consequence, some microgrids are now incorporating renewable resources and batteries (more on those later) as a strategy to extend the limited lifetime of on-site diesel supplies.

Why solar and not wind?

In utility-scale deployments, wind has dramatically outpaced solar, with the cumulative installed wind energy total through 2021 standing at 135,000 MW, while cumulative solar was only at 61,000 MW. However, behind the meter on the customer site, it’s a completely different story. While total U.S. cumulative distributed wind resources stood at 1,055 MW through 2020 (the updated report including 2021 is due out this month). By contrast, residential on-site solar installations just for the year 2021 totaled almost four times that amount.

There are several reasons for the predominance of solar. A key one is that wind generators are normally only cost-effective when taller machines with longer blades are employed. The risk of tower collapse or blade failure makes local siting of large winds turbine difficult – if not impossible - to achieve. At the same time, wind energy output is highly variable. By contrast, solar panels are modular and easy to site on rooftops, carports, or on ground-based racks. They also yield more predictable energy output, with better economics at smaller scales, fitting more easily into the distributed energy landscape and into microgrids.

Bringing renewables – and especially solar energy into the mix can limit the need for carbon-based generation. But with renewables, you can have too much of a good thing. On-site solar panels often generate more energy than a microgrid can use during specific periods. That’s where batteries enter the equation. Here again, solar has a distinct advantage over wind resources.

The current federal tax credit applies to batteries combined with solar but not with wind. So long as your battery is supplied by over 75% solar during the year, you can claim an investment tax credit equal to the credit multiplied by the specific percentage of solar energy going into the battery. Second, since solar output is more predictable, it’s easier to size the combined solar/storage resource and optimize the economics. 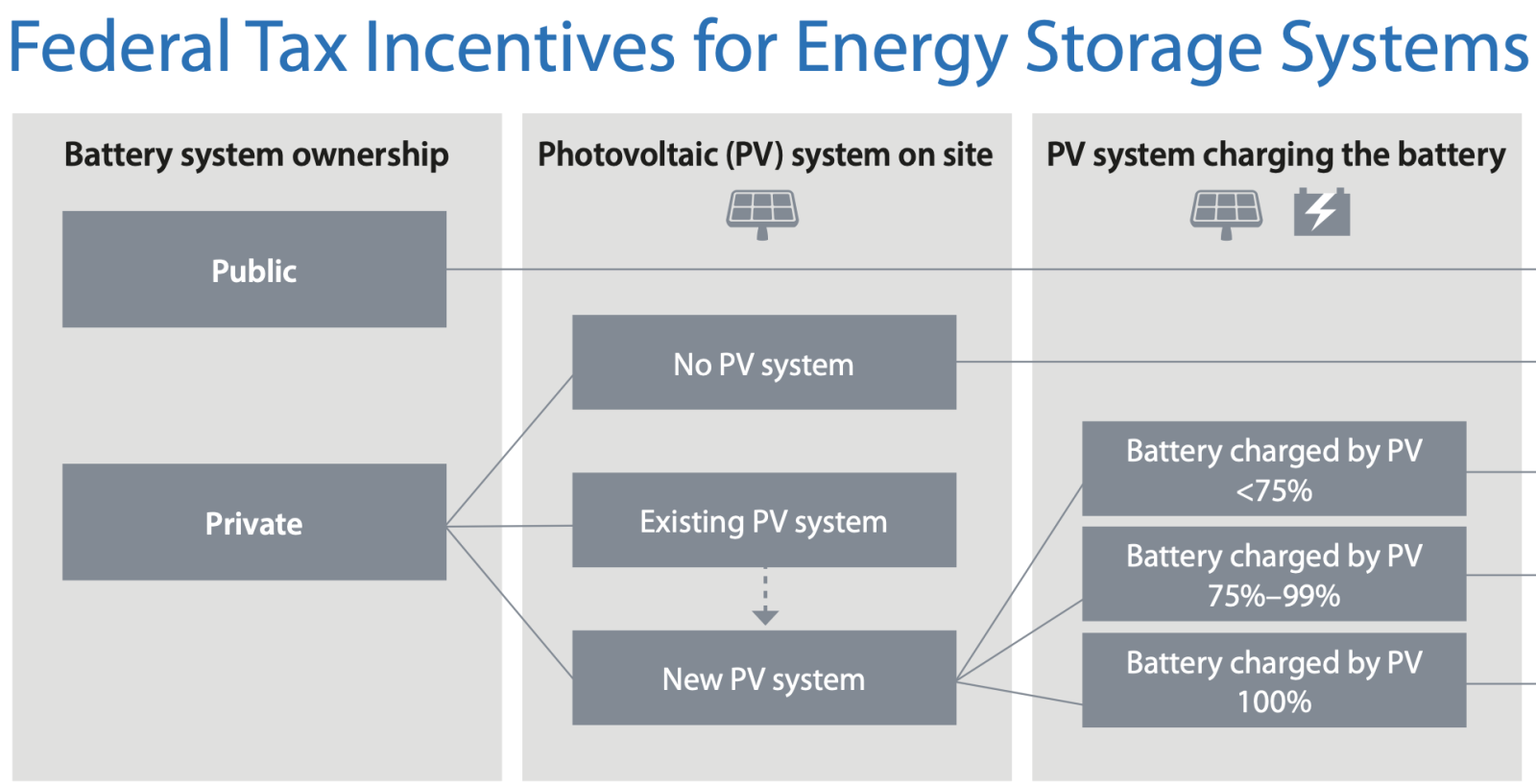 What the future may hold

The tax credit picture may change in the future, but the inherent advantages of solar versus wind energy in microgrids will continue. In the coming years, we can expect to see increasing levels of solar energy being integrated into microgrids. It just makes logical, economic, and sustainable sense.

Renewables and microgrids combined really do enhance the possibility of each of them. This is the future of distributed!

A few items doesn't seem to be actual facts. IE QUOTE=Fossil-based supplies such as diesel and gas generators can follow load quite easily, while renewables do not and can pose a huge headache, so why bother bringing them into the equation?.    Diesel and gas do not respond very quickly. Battery storage responds in nano seconds. a generator has to start and get up to speed.

Renewables are also the lowest cost and fastest to build. So any power is bettery with low cost no fuel required Renewables.

Diesel and gas can respond quickly and follow variable loads once they are running, and for years they were the only source of supply for back-up power. In many instances, there were - and still are - battery-based uninterruptible power systems (UPS).  These are traditionally lead-acid batteries that function for a very short duration - meant to bridge the period from grid failure to engine start-up. These systems were not designed to balance renewables.

You often need all three elements in the new world: fossil-back-up, renewables, and batteries (typically lithium-ion). While renewables may indeed be low cost and quick to build, they do not offer a reliable and steady source of energy, nor do they offer sufficient quantities of energy required for larger energy-intensive facilities. So, renewables often must be combined with a dispatchable resource to get all the energy required.

In many cases, though, renewables are added as a complement to the fossil-based dispatchable resources to extend the lives of the asset when there is a risk of finite fuel supply (think access to diesel after an earthquake when roads and bridges are broken, or sandy when refineries were down). The battery is then added to the renewables to help maximize flexibility and further reduce dependence on fossil-based supplies.