A vacant lot in Gary, Indiana, will soon be home to a climate-friendly community 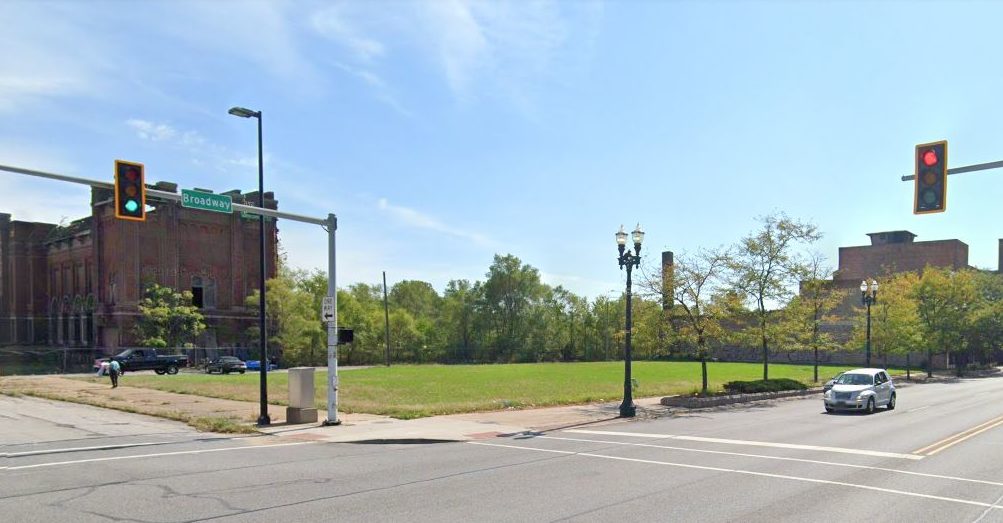 Beyond cutting emissions, the Broadway Lofts aims to reconnect a neglected neighborhood

An area in downtown Gary, Indiana, that still bears scars from a 1997 arson fire will soon boast an affordable housing complex with an eye toward energy efficiency and neighborhood revitalization.

Broadway Lofts will include 38 one- and two-bedroom units targeted at low-income renters, along with 4,000 square feet of commercial space, which will be divided between a Women, Infants, and Children (WIC) clinic space administered by Northwest Indiana Community Action and a workforce development training center.

Including community-based services in the development was cited as vital by residents who provided input through a multi-hour workshop, according to Pete Schwiegeraht of MVAH Partners, developers for the project.

“The big story out of the workshop was, it’s great. It’s great that we’re going to be able to provide these high quality housing units, new units, accessible units, green units to the residents of Gary. But if we don’t also provide the right services and programs and empowerment opportunity, it’s really not going to have its fullest impact. 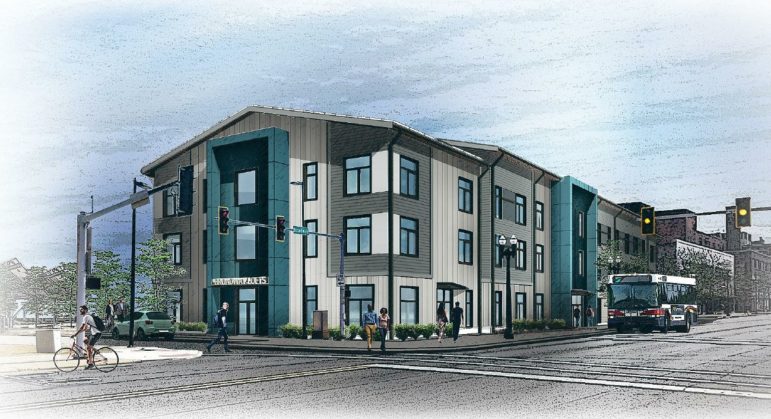 This rendering shows the proposed Broadway Lofts in Gary, Indiana.

Another major outcome of the workshop was the need to ensure the availability of healthy foods in an area that is a food desert with no major grocery stores. The incorporation of a commercial grade greenhouse into the complex was a result.

Broadway Lofts will also feature multiple transportation options, including bike share, car share and bus rapid transit. “Basically, anyone in the city of Gary can download, sign up for the app and actually access and utilize the car share from our facility. So we’re hopeful that will act as the seed for potentially growing car share in Gary as a community,” Schwiegeraht said.

“One of the things as architects that you always think is, you know, it’s great to have plenty of natural ventilation and you’re opening your windows and access to the outside.”

But longtime residents who remember Gary’s industrial boom times were not sold.

“They said, ‘Oh, we never go outside. We never open our windows, because of the latent pollution that’s everywhere in Gary. We don’t look forward to opening our windows. We usually don’t spend a lot of time playing outside just because there’s (emissions) coming from the steel plants.’ So that was kind of a very quick change in attitude for us as designers to say, ‘Okay, well now we need to really put a priority on a healthy indoor environment with great materials that don’t exacerbate the potential health impacts of being in the place that we are.’” McGrane said.

Along with the need for community services, the project presented a number of design challenges, not the least of which was the building site itself, according to McGrane.

“One of the interesting things as architects is that we’re always looking for contexts to respond to. One of the unique things about this site is that there is kind of very little context. Especially in this area of downtown Gary, in kind of a three-block radius, you will find only a handful of buildings and sites that are immediately adjacent. They are boarded up or in a state of ruin. There is very little new development that is happening, especially in this area,” McGrane said.

Meeting the goal of net-zero design presented additional challenges. As a block-long building, Broadway Lofts required a large photovoltaic array. However, the more conventional flat-roof design for urban sites did not provide sufficient surface area for the number of solar panels needed. The solution was a somewhat unconventional gabled roof design. Also unconventional was placing the solar array front and center, making it a feature of the building rather than attempting to disguise its presence, McGrane said.

“In terms of visibility, that’s kind of the point. It’s great to have a net zero housing project, but if it’s all on the roof, and it’s a flat roof, and you can’t see the panels then you’re not really telling stories,” McGrane said.

Maximizing energy efficiency was central to the project, Schwiegeraht said.

“As you can imagine, this type of building is going to minimize utility expenses for residents. There will be smart use training that we’re going to be doing with residents. We’re going to be having programming that allows residents to potentially receive discounts in rent if they can minimize energy production,” Schwiegeraht said.

The emphasis on energy efficiency for Broadway Lofts in no way diminishes its potential as a much needed source of affordable housing, according to McGrane.

“This is a different project than maybe the affordable housing these folks may have lived in the past. I think there’s going to be a pretty robust system of resources available to you as a resident of this building, and hopefully that makes it attractive to folks that are trying to apply to live there,” McGrane said.