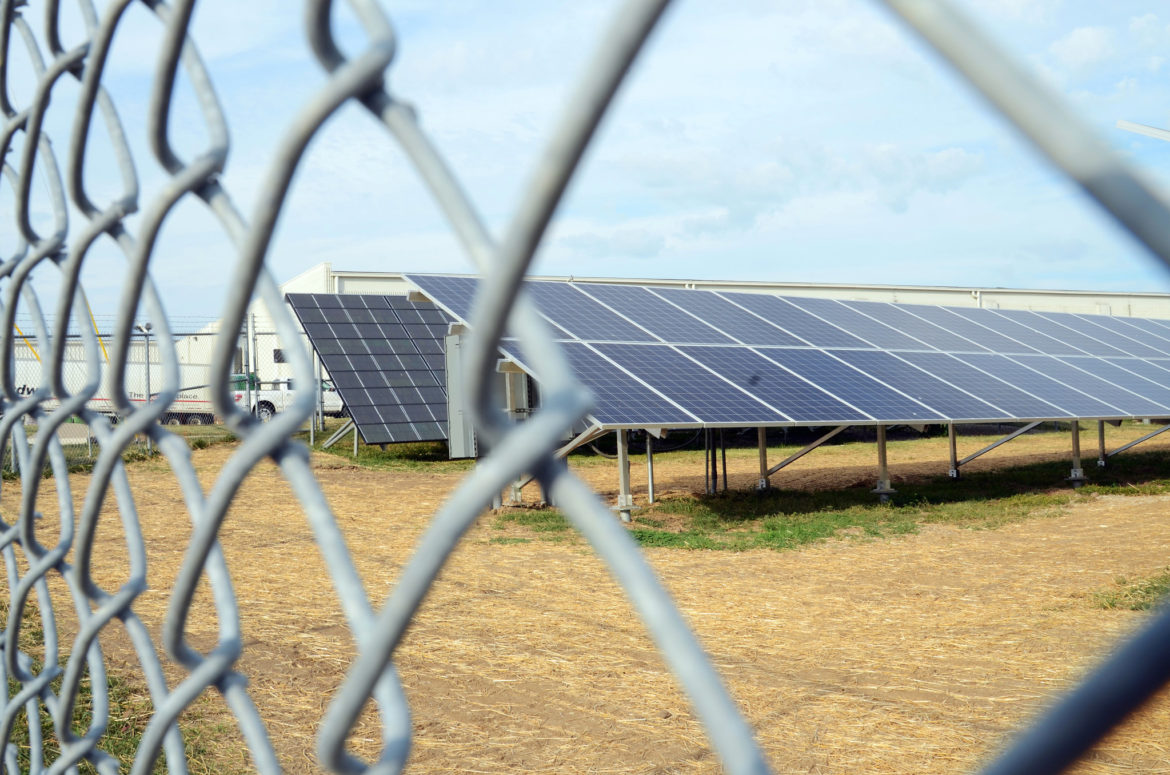 Utility lobbying has blocked community solar expansion, but a recent study suggests it’s been effective in part because many policymakers don’t understand the concept and its potential benefits.

Community solar programs let groups of investors or subscribers share in the costs of installing and maintaining a solar farm in return for some of the economic benefits it can provide. Advocates see it as a way to let low-income families and renters share in solar’s benefits, especially when individual rooftop panels are impractical or unaffordable.

“The whole point of community solar is to get market access to folks who otherwise couldn’t do it,” said Ohio University policy analyst Gilbert Michaud, who recently gathered perspectives from utilities, government, environmental groups, and the solar industry in eight states. His report is in the June issue of Renewable Energy Focus.

Michaud chose the states — Ohio, Minnesota, Oregon, Texas, Colorado, New Hampshire, Alabama and Florida — from a matrix he developed for all 50 states and the District of Columbia. The choices include states with and without explicit community solar policies and with or without conditions favorable to solar energy generation. Geographic dispersion and diversity in circumstances also factored into his selections.

A formal community solar policy can streamline project organization and approvals and open market access. Many areas nonetheless have community solar projects even without formal policies, Michaud noted. But then organizers must figure out how to fit a project into other types of arrangements, such as third-party power purchase agreements, that weren’t initially intended for community solar.

Legislation to streamline the process often faces opposition from electric utilities, as was the case in Virginia, where a community solar bill was finally signed into law in April after repeated attempts to pass such a proposal. In other places, such as Texas and Minnesota, utilities have fought to institute fees or restrictions that the solar industry says could make some projects less viable.

Utilities often argue “that community shared solar is a logistical nightmare,” Michaud reported. Cross-subsidization was another objection. One unnamed government official told Michaud that community solar and net metering “may unfairly subsidize those who invest in solar and penalize non-solar ratepayers.”

ALEC, the American Legislative Exchange Council, has pushed that argument since at least 2014. Ohio Rep. Bill Seitz, R-Cincinnati, a longtime board member of the group, championed gutting of Ohio’s clean energy standards last year in House Bill 6. The rollback removes some incentives for community solar and other types of clean energy projects.

“Time and again we see the overall influence of money in lobbying and term limits politics, and the same can be true when it comes to community solar projects,” said Miranda Leppla, vice president of energy policy for the Ohio Environmental Council. “We see that our lawmakers don’t have the time to dig into nuanced energy issues themselves, so they rely more on utility lobbyists and special interests for their information.”

Leppla’s comments jibe with remarks Michaud heard in the course of his study.

“Our delegates either do not understand complex net metering or community solar issues, or they just ignore them since they have so many issues to deal with,” said one solar industry representative in Michaud’s study.

Better education and awareness might help policymakers develop more informed judgments about the benefits of community solar. Awareness of opponents’ arguments might also help supporters to better frame and focus their own arguments.

Supporters might stress its multiple advantages, he suggested. In his view, that should include engaging groups not typically involved in energy policy, such as those focused on public housing or community development.

“The foremost process recommendation would be to form working groups for specific aspects of policy … and ensure equitable representation of stakeholder groups within these working groups,” said spokesperson Scott Becker at Solstice in Cambridge, Massachusetts, which has helped with arrangements for community solar projects in multiple states.

An additional step would be to set up a community solar advisory committee, with members drawn from the community, local government, utilities and regulators, who would “prioritize membership of marginalized groups and set standards around community benefits for the program,” he said.

That type of alliance could help policymakers connect the dots between community solar and racial and economic equity. When projects are targeted for communities that have borne disproportionate health costs and other impacts from fossil fuels, they can help address those inequities, said Jonathan Welle, executive director of Cleveland Owns.

“Rectifying some of those wrongs is also part of making a just transition to a clean energy economy,” Welle said.

Michaud worked on estimates of the economic impacts that community solar could have in Cleveland. That case study found that the positive economic impacts of $21 million and $95 million would be nearly twice the construction costs for potential 10-megawatt and 50-megawatt projects. Those benefits would be in addition to any subscriber savings, environmental benefits, or smaller economic impacts once projects were in operation.

Cleveland Owns, Cooperative Energy Futures and the Institute for Local Self-Reliance included the case study in a report released on Feb. 28 and discussed in a March 10 webinar.

Some respondents in Michaud’s study preferred state-level policies while others thought local or utility programs would be optimal.

“We would like to see the adoption of virtual net metering,” said Tristan Rader, Ohio program director for Solar United Neighbors and a member of the Lakewood City Council. “This policy change would create a brand new market for solar. It creates a level playing field, where all residents, renters and homeowners alike, developers, and investors would share in the ownership and aggregate benefits of local community solar projects.