If we assume the remaining 88% of a renewable "energy transition" will follow a linear progression, and the development of modern wind and solar systems began in 1955, the U.S. electricity grid will achieve 100% renewable status in the year 2571.

But that would be a foolish assumption - adoption of solar and wind has never followed a linear progression. A more prudent approach would be to follow historical examples, and assume adopton will likely progress much as it has elsewhere.

Penetration of solar and wind hasn't increased exponentially as it has over the last decade in the U.S., either. In Denmark, Germany, and elsewhere, it's hit a brick wall corresponding to the mean of their capacity factors in each location - somewhere around ~50%. So based on empirical evidence, the most prudent, reasonable conclusion would be 100% renewable energy is impossible; that adoption of renewables is severely limited by environmental factors, and will never significantly slow the advance of climate change.

We could assume the Earth will stop turning with the sun directly overhead and the wind will always blow, but that would be the most foolish assumption of all.

Penetration of solar and wind hasn't increased exponentially as it has over the last decade in the U.S., either. In Denmark, Germany, and elsewhere, it's hit a brick wall

Let's take a quick look at that Denmark "brick wall"... 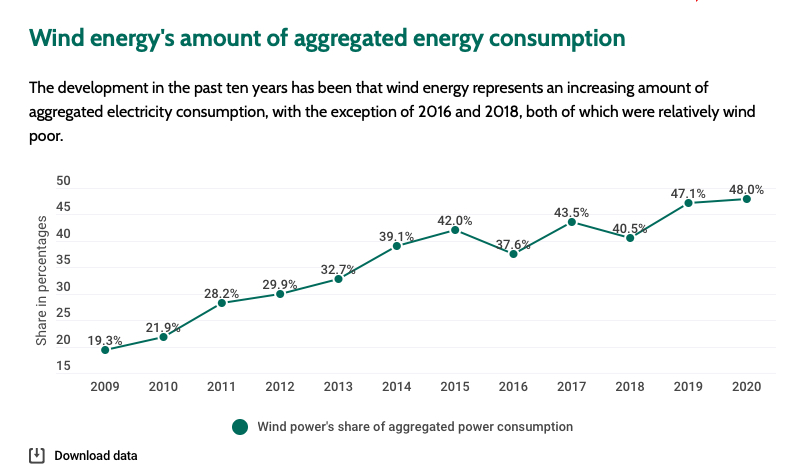 The next steps will be to finalise testing and certification of the 604 MW wind farm so that it can be inaugurated after the summer, Vattenfall, the wind farm’s owner and developer said. 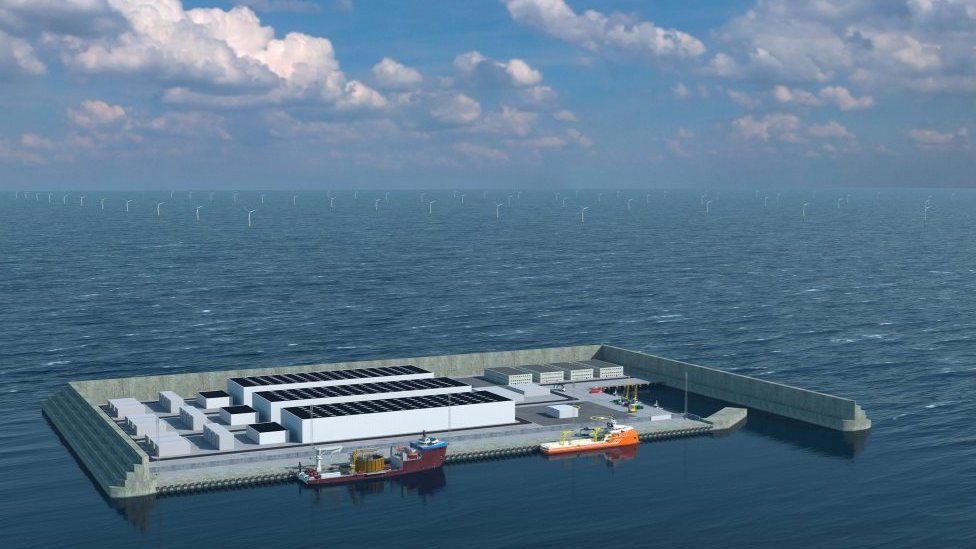 Last November the European Union announced plans for a 25-fold increase in offshore wind capacity by 2050, with a five-fold increase by 2030. Renewable energy provides around a third of the bloc's current electricity needs:

According to the EU, offshore wind supplies a current level of 12 gigawatts

The new island would supply an initial 3 gigawatts, rising to 10 over time

Is that a "brick wall" or a wide-open gate?

It's a brick wall. As you know, I don't care a whit for idealistic predictions coming from the renewables echo chamber, they've always disappointed in the past. Or does the sun now shine at night?

Glad you brought up Denmark - Danes, like Germans, are replacing coal and gas with a source that's arguably worse than either: "biomass".

What is biomass? It's old-growth trees in the U.S., Russia, Brazil, and other countries, that have been clear-cut down to the dirt and chipped in a chipper. Then the chips are loaded onto freighters, and shipped to countries where people can't see the devastation left behind (at least Germany is chopping down its own forests). Then they're combined with coal or tire chips (they call it "co-firing") and burned in a boiler to make steam. It isn't sustainable, it isn't renewable, it's a disaster in slow motion - and in Denmark it now generates more electricity than coal and gas combined.

Even with all of that lovely wind, without nuclear Denmark needs to burn something, and burn a lot of it, to meet demand. That will never, ever change.

Or did you think the "bio" in biomass meant it was green? "From a North American producer’s perspective, 2018 was one of the best years in quite some time for the wood pellet trade...Imports to Denmark, South Korea and Japan all increased at least 40 per cent from previous highs, with Japanese wood pellet imports more than doubling."