Under what conditions would a distribution utility override a day-ahead RTO dispatch in real-time?

This topic is currently being discussed at RTO stakeholder meetings on FERC Order 2222. As you might know, FERC asked RTOs to coordinate with the distribution utilities and state authorities to include aggregated distributed energy resources in the wholesale markets.

One operational coordination detail concerns a distribution utility (DU) taking 60 days to conduct safety and reliability checks on the aggregated DER. Say the DU has not found any issue. And the aggregated DER starts participating in the market.

My question is, under what real-time conditions does a DU override the RTO day-ahead dispatch? I can see one possibility if the distribution feeder/substation/facility goes on an unplanned outage due to weather or some other “outside management control” reason. What are the other possibilities?

I ask this question because the Aggregator is on the hook for non-performance penalties with the RTO, not the DU.

This is such an important and timely question, as it does seem we are rapidly moving towards a system where the requirements and limitations of the distribution system will need to be actively prioritized with the needs of the broader grid...something that has never really been considered (at scale) before.

The electric distribution system has evolved over many decades to be extremely reliable at supplying customer load.  Contingency planning has always been performed under the paradigm of continuing to supply as much customer load as possible during the loss of any element of the system at times of peak load.  Hence, distribution systems now have many automatic switching schemes which transfer blocks of customer load to alternate circuits/stations very quickly should some element of the normal supply fail.  This automation has provided huge improvements in customer reliability, but has also significantly complicated traditional distribution planning and operations, as all possible switching scenarios must be considered in avoiding the overload of any conductor or equipment on the system (as well as avoiding unacceptable low voltage anywhere on the system).

Now, the distribution system is being given the new task of integrating significant DER, and providing a path for that generation (and related services) to the regional grid, without sacrificing any existing reliability for customer load.  This not only creates tremendous new complexity in the design and operation of the distribution grid, but also introduces new limitations and constraints that did not need to be considered before.  Moreover, many of the limitations for DER integration occur at times of minimum customer load, which very rarely needed to be considered for any forecasting and planning activity.  In fact, light load periods are when traditional distribution system maintenance, or any other project activity where elements of the system must be taken out of service, is scheduled.

There will certainly be many occasions where the distribution utility will have to override the day ahead RTO dispatch of individual DERs, like the condition of unscheduled equipment outage that Rao mentions above.  (Of course, many of these overrides will also occur without any notice!)  Another condition that could force an override would be the unanticipated loss of customer load on the circuit or station, either from some issue on the distribution system or within a large customer plant, or even that customer's decision to interrupt their operation for whatever reason.  That large customer might also have on-site generation or other DER that it decides to dispatch for it's own economic benefit.  That loss of load on the distribution circuit might trigger a limitation on how much generation that circuit or station can absorb.  Overrides might also have to occur due to unplanned changes in other DER on the same circuit or station.  For example, a large storage device which supplies or absorbs reactive power to support distribution system voltage, might become unavailable, which then limits the amount of intermittent generation a nearby DER is providing for grid frequency support.

The need for coordination of all of this, on a distribution system that is very often reconfigured for reliability and operations flexibility, will be a massive challenge!  It will require new systems (ADMS, DERMS) in distribution operation centers, a complete and accurate distribution model, much better grid visibility, and a much more robust communications network.  This is all "in the works" at many utilities across the country, but in general, the industry has a long way to go to make this work at scale.  What an exciting time for the long-ignored distribution system, and those who plan and operate it.  I only hope near-term market expectations do not get too far ahead of the reality of the landscape.

NOTE: in a storm situation, the distribution system may not have the time to run the contingency studies, so they should be allowed to be conservative on when.

If the dispatch path no longer exists (storm, etc.) then they should absolutely be allowed

When loads, weather, or other conditions exist that allowing the path to be used may cause equipment outages, faults or other damage (#1 was damage already exists, this is damage may occur) to the equipment on the path.  This one takes more evidence than #1.

I am sure that other situations will exist, but these are the 4 off the top of my head.

I very much agree with Mr. Kane's response.

Any unexpected over- or under-voltage event that might damage the utility's infrastructure. Could be the sun coming out from behind clouds over a 500MW solar farm.

An extreme, and sudden, un-forecasted  weather event, i.e., a sudden micro-burst or tornado that destroys DU facilities connecting to one or more DERA's, comes to mind. Derecho anyone? 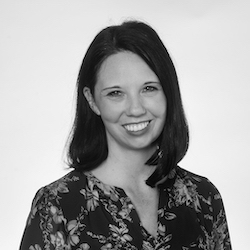 Jenny commented on ...
Conservation of Energy Should Be at Front and Centre in Combatting Climate Change
Changing individual behaviors with persuasion alone is difficult, which is why focusing on en

Julian commented on ...
Is Solar Energy from Outer Space in Our Future? – Part Two: Alternatives to the Geosynchronous Solar Array
Perhaps the effect of various types of weather in disrupting this optimistic scenario might be considered.  While moisture might not be...