Nuclear fusion is the process the Sun uses to produce energy. But attempts to replicate that process here on Earth have all needed more energy to run them than they generate (our existing nuclear plants use fission). Now a team led by MIT’s Plasma Science and Fusion Center and MIT spinout company Commonwealth Fusion Systems has developed and tested high-temperature superconductor (HTS) cable technology that can ensure the high-performance magnets a fusion reactor needs will remain stable. That means this VIPER super-cable used in their SPARC fusion reactor should enable the production of more energy than is consumed, something never previously demonstrated. If successful, and with further improvements, we could have an inexhaustible and carbon-free energy source within the decade. Leda Zimmerman at MIT News looks at the superconducting technology which is proving to be robust and easy to maintain. The next milestone is mid-2021 when they build a multi-ton model magnet for the SPARC reactor.

Scientists have long sought to harness fusion as an inexhaustible and carbon-free energy source. Within the past few years, ground-breaking high-temperature superconductor technology (HTS) sparked a new vision for achieving practical fusion energy. This approach, known as the high-field pathway to fusion, aims to generate fusion in compact devices on a shorter timescale and lower cost than alternative approaches.

A key technical challenge to realising this vision, though, has been getting HTS superconductors to work in an integrated way in the development of new, high-performance superconducting magnets, which will enable higher magnetic fields than previous generations of magnets, and are central to confining and controlling plasma reactions.

Now a team led by MIT’s Plasma Science and Fusion Center (PSFC) and MIT spinout company Commonwealth Fusion Systems (CFS), has developed and extensively tested an HTS cable technology that can be scaled and engineered into the high-performance magnets. The team’s research was published on Oct. 7 in Superconductor Science and Technology. Researchers included MIT assistant professor and principal investigator Zachary Hartwig; PSFC Deputy Head of Engineering Rui F. Vieira and other key PSFC technical and engineering staff; CFS Chief Science Officer Brandon Sorbom PhD ’17 and other CFS engineers; and scientists at CERN in Geneva, Switzerland, and at the Robinson Research Institute at Victoria University of Wellington, New Zealand.

This development follows a recent boost to the high-field pathway, when 47 researchers from 12 institutions published seven papers in the Journal of Plasma Physics, showing that a high-field fusion device, called SPARC, built with such magnets would produce net energy — more energy than it consumes — something never previously demonstrated.

“The cable technology for SPARC is an important piece of the puzzle as we work to accelerate the timeline of achieving fusion energy,” says Hartwig, assistant professor of nuclear science and engineering, and leader of the research team at the PSFC. “If we’re successful in what we’re doing and in other technologies, fusion energy will start to make a difference in mitigating climate change — not in 100 years, but in 10 years.” 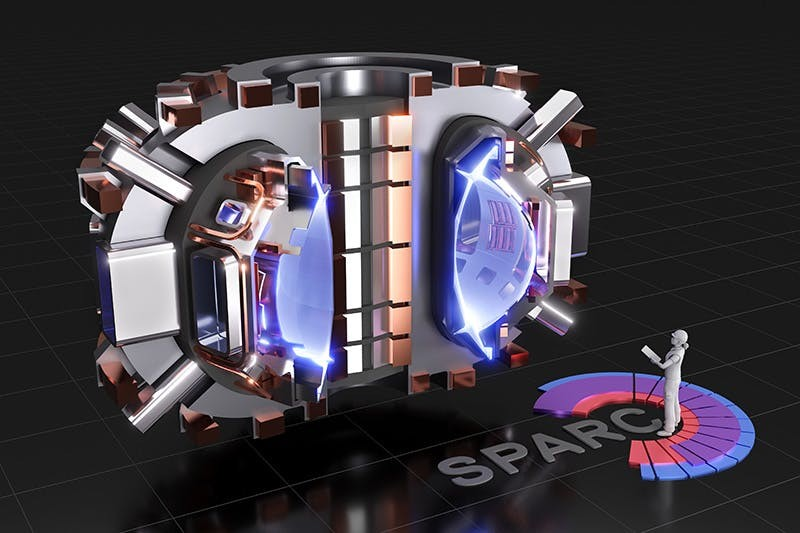 The innovative technology described in the paper is a superconducting cable that conducts electricity with no resistance or heat generation and that will not degrade under extreme mechanical, electrical, and thermal conditions. Branded VIPER (an acronymic feat that stands for Vacuum Pressure Impregnated, Insulated, Partially transposed, Extruded, and Roll-formed), it consists of commercially produced thin steel tapes coated with HTS compound — yttrium-barium-copper-oxide — that are packaged into an assembly of copper and steel components to form the cable. Cryogenic coolant, such as supercritical helium, can flow easily through the cable to remove heat and keep the cable cold even under challenging conditions.

“One of our advances was figuring out a way to solder the HTS tape inside the cable, effectively making it a monolithic structure where everything is thermally connected,” says Sorbom. Yet VIPER can also be fashioned into twists and turns, using joints to create “almost any type of geometry,” he adds. This makes the cable an ideal building material for winding into coils capable of generating and containing magnetic fields of enormous strength, such as those required to make fusion devices substantially smaller than presently envisioned net-energy fusion devices. 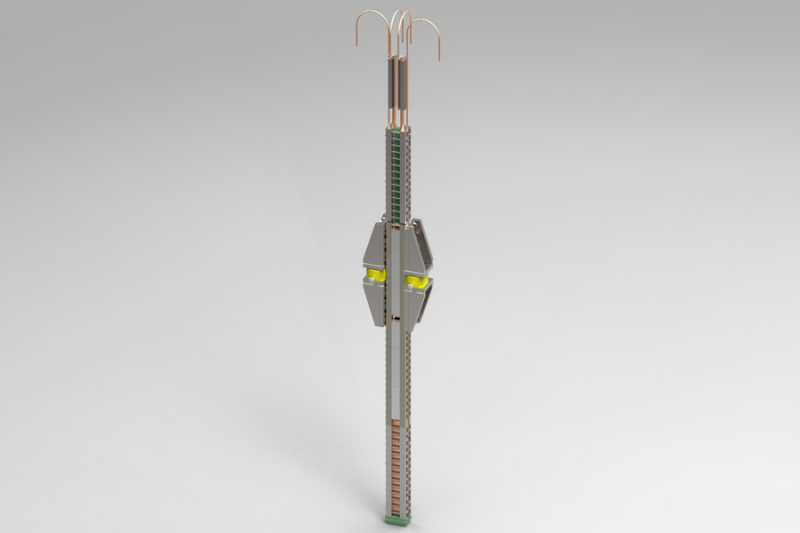 The assembly designed for the third SULTAN cable test features two 3-meter VIPER HTS cables in parallel and connected with a copper joint at the bottom; cryogenic helium and electrical current are injected at the top. / Photo: Jose Estrada/PSFC

“The key thing we can do with VIPER cable is make a magnetic field two to three times stronger at the size required than the present generation of superconducting magnet technology,” Hartwig says. The magnitude of the magnetic field in tokamaks plays a strong nonlinear role in determining plasma performance. For example, fusion power density scales as magnetic field to the fourth power: Doubling the field increases fusion power by 16 times or, conversely, the same fusion output power can be achieved in a device 16 times smaller by volume.

“In the development of high field magnets for fusion, HTS cables are an essential ingredient, and they’ve been missing,” says Soren Prestemon, director of the U.S. Magnet Development Program at the Lawrence Berkeley National Laboratory, who was not involved with this research. “VIPER is a breakthrough in the area of cable architecture — arguably the first candidate to be proven viable for fusion — and will enable the critical step forward to demonstration in a fusion reactor.”

The dangers of “quench”

VIPER technology also presents a powerful approach to a particular problem in the superconducting magnet field, called a quench, “that has terrified engineers since they started building superconducting magnets,” says Hartwig. A quench is a drastic temperature increase that occurs when the cold cables can no longer conduct electrical current without any resistance. When quench occurs, instead of generating almost zero heat in the superconducting state, the electrical current generates substantial resistive heating in the cable.

“The rapid temperature rise can cause the magnet to potentially damage or destroy itself if the electrical current is not shut off,” says Hartwig.  “We want to avoid this situation or, if not, at least know about it as quickly and certainly as possible.”

The team incorporated two types of temperature-sensing fibre optic technology developed by collaborators at CERN and Robinson Research Institute. The fibres exhibited — for the first time on full-scale HTS cables and in representative conditions of high-magnetic field fusion magnets — sensitive and high-speed detection of temperature changes along the cable to monitor for the onset of quench.

Another key result was the successful incorporation of easily fabricated, low-electrical resistance, and mechanically robust joints between VIPER cables. Superconducting joints are often complex, challenging to make, and more likely to fail than others parts of a magnet; VIPER was designed to eliminate these issues.

The VIPER joints have the additional advantage of being demountable, meaning they can be taken apart and reused with no impact on performance.

Prestemon notes that the cable’s innovative architecture directly impacts real-world challenges in operating fusion reactors of the future. “In an actual commercial fusion-energy-producing facility, intense heat and radiation deep inside the reactor will require routine component replacements,” he says. “Being able to take these joints apart and put them back together is a significant step towards making fusion a cost-effective proposition.” 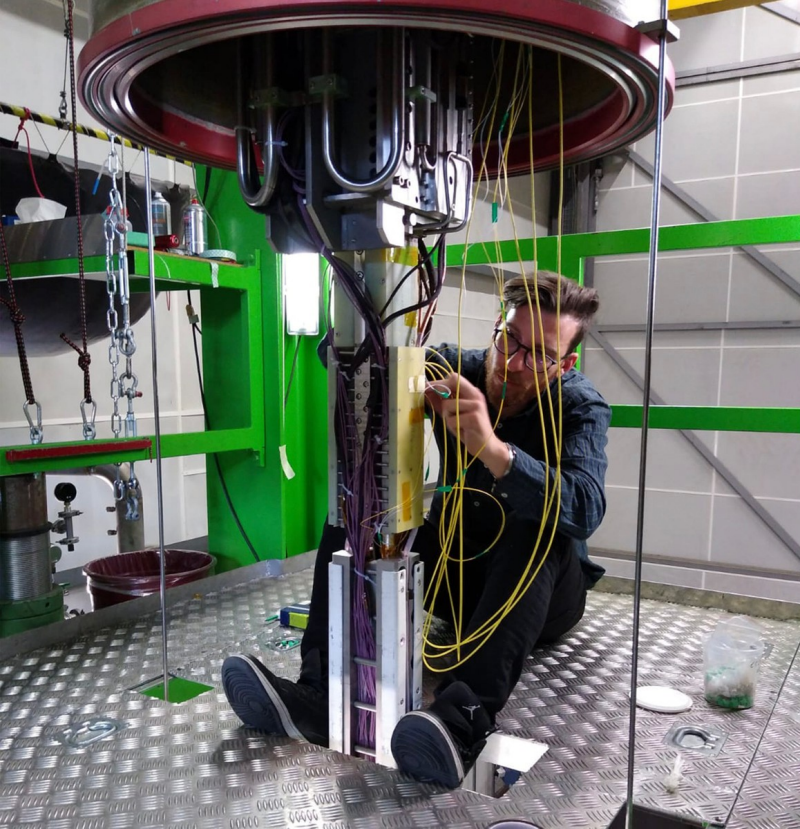 The 12 VIPER cables that Hartwig’s team built, running between one and 12 meters in length, were evaluated with bending tests, thousands of sudden “on-off” mechanical cycles, multiple cryogenic thermal cycles, and dozens of quench-like events to simulate the kind of punishing conditions encountered in the magnets of a fusion device. The group successfully completed four multi-week test campaigns in four months at the SULTAN facility, a leading centre for superconducting cable evaluation operated by Swiss Plasma Center, affiliated with Ecole Polytechnique Fédérale de Lausanne in Switzerland.

“This unprecedented rate of HTS cable testing at SULTAN shows the speed that technology can be advanced by an outstanding team with the mindset to go fast, the willingness to take risks, and the resources to execute,” says Hartwig. It is a sentiment that serves as the foundation of the SPARC project.

The SPARC team continues to improve VIPER cable and is moving on to the next project milestone in mid-2021: “We’ll be building a multi-ton model coil that will be similar to the size of a full-scale magnet for SPARC,” says Sorbom. These research activities will continue to advance the foundational magnet technologies for SPARC and enable the demonstration of net energy from fusion, a key achievement that signals fusion is a viable energy technology. “That will be a watershed moment for fusion energy,” says Hartwig.

Funding for this research was provided by CFS.

Matt commented on ...
American coal industry down, but is it out?

The drop in coal has largely come from market forces-- do you think perhaps regulatory processes will be what kicks it, at least mostly, to the...

If you feel let down by the idea nuclear is "doing such a bad job at developing new capacity", you needn't punish yourself.