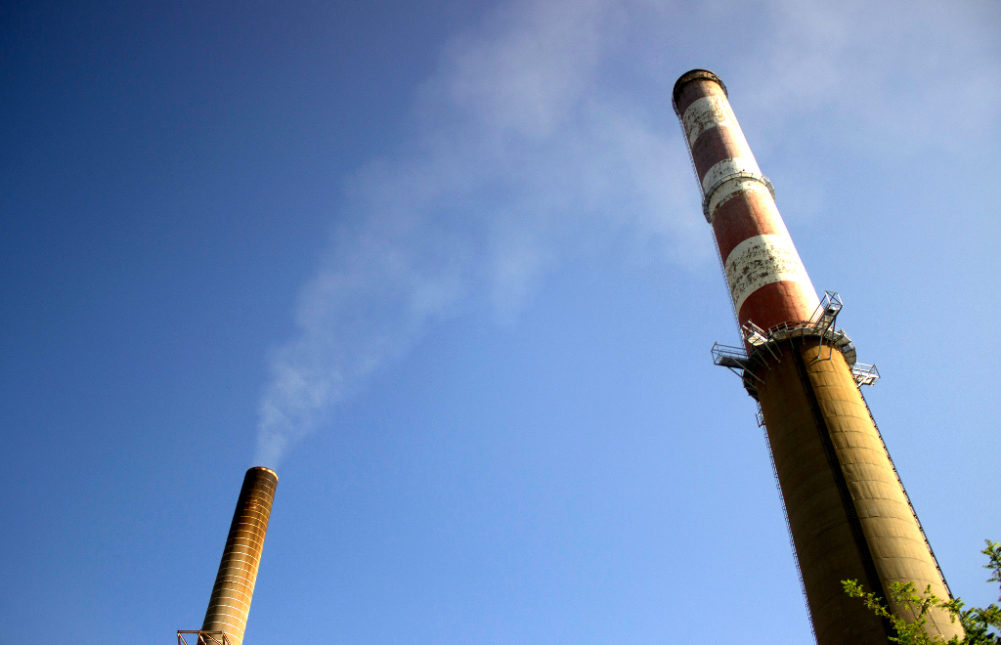 The concept is known as the social cost of carbon. Agencies tasked with measuring the costs and benefits of climate regulations use such a figure to estimate the harm caused by releasing more heat-trapping gases into the atmosphere.

Environmental and social justice organizations rallied to include the figure in the mammoth Virginia Clean Economy Act as a way to protect the health of long-ignored, disadvantaged communities.

Harrison Wallace, the Virginia director of the Chesapeake Climate Action Network, said assigning a cost to each metric ton of carbon emissions will create incentive enough for electricity generators to trade fossil fuels for renewable energy.

“People see natural gas as being inexpensive,” he said. “Now, this legislation includes the true cost to the public of fossil fuels as opposed to just the fuel cost we see on our bill.”

Initially, Wallace and other proponents supported a measure that called for the State Corporation Commission to use its own judgment to define the social cost of carbon.

“They said they may not know what to look for if we were giving them full discretion,” he said. “They told us, ‘We’re accountants and we’re not thinking about how this affects public health.’”

That prompted Wallace’s coalition to offer commissioners guidance in the form of Executive Order 12866, published in August 2016 when Barack Obama was president. A dozen federal entities created the backbone of that order as the Interagency Working Group on Social Cost of Greenhouse Gases.

Will Cleveland, a senior attorney with the Southern Environmental Law Center, said it’s understandable Virginia’s commissioners requested direction because they are delving into new territory.

“The State Corporation Commission is largely a financial and economic regulator, not an environmental agency,” he said about evolving beyond traditional cost-benefit analyses. “Carbon costs are relevant because they represent the actual cost of the resource.

“It’s very important to have the internalization of a cost that has traditionally been externalized. Up to this point, ratepayers haven’t been getting the full cost-benefit analysis of this cost.”

While the Obama-era guidance is the only specific document cited in the statute, commissioners can draw on other resources as they figure out how to design a metric.

The provision in the Clean Economy Act, HB 1526, states: “In any application to construct a new generating facility, the utility shall include, and the Commission shall consider, the social cost of carbon, as determined by the Commission, as a benefit or cost, whichever is appropriate.”

It also states that the commission may “adopt any rules it deems necessary to determine the social cost of carbon and shall use the best available science and technology.”

State Corporation Commission spokesperson Ken Schrad said it’s “way too early” to know how and when commissioners will proceed.

“First off, the governor has not yet signed the bill and has until April 11 at 11:59 a.m. to do so, or offer amendments,” Schrad said about the Saturday deadline for Democratic Gov. Ralph Northam and the Clean Economy Act.

As it stands now, the General Assembly would consider amendments to any bills in a reconvened session on April 22.

If commissioners decide rules are necessary, Schrad said, that procedure would begin after July 1, when the Clean Economy Act is scheduled to take effect.

“Or, without rules, the applicant would have the burden to offer evidence and testimony regarding the social cost of carbon,” he said. “All participants in that case would offer their own respective testimony in support or in opposition of the company’s analysis.”

Cleveland said it is indeed the case that it’s up to the commissioners to decide whether they want to craft a rule or evaluate it on a case-by-case basis.

However, he pointed out that there “is nothing preventing them from having something in place by July 2. They don’t have to, but they can.”

Dominion moving away from gas

The all-encompassing Clean Economy Act is designed to shift energy priorities and speed up the retirement of coal- and natural gas-fired plants.

In addition, the act stops — at least temporarily — regulators from issuing any certificates of public convenience and necessity for utility projects that emit carbon while a study on carbon reductions is completed, Wallace said.

The heads of the state’s commerce and natural resources agencies are consulting with the Environmental Justice Council and the State Corporation Commission on a report, which is due to legislative committees by January 2022. The ban on issuing those permits remains in effect until the General Assembly receives the recommendations laid out in the report. The final decision is up to legislators.

Northam established the Virginia Council on Environmental Justice via executive order in January 2019.

Dominion Energy cited the Clean Economy Act in a March 24 filing to the State Corporation Commission where the giant investor-owned utility appeared to be abandoning plans for eight to 10 new natural gas plants presented in the 2018 iteration of its integrated resource plan.

“Significant build-out of natural gas generation facilities is not currently viable, with the passage by the General Assembly of the Virginia Clean Economy Act of 2020,” stated the 10-page document submitted by a Dominion attorney with McGuireWoods, a Richmond law firm.

“The VCEA … permits the construction of carbon-emitting generating facilities only if there is a threat to reliability or security of electric service,” the document states. “For these reasons, the Company believes that the aforementioned requirements related to the development of those specific resources are no longer necessary. The Company will continue to model all reasonable generating resources.”

Cleveland emphasized that those eight to 10 gas plants were unlikely to ever come to fruition — even without the Clean Economy Act — because they faced such enormous opposition.

“That SCC filing is a tacit admission that they need to refocus their planning and commit to zero-carbon resources as opposed to additional carbon-intensive generation,” he said about Dominion. “Any discerning viewer has seen writing on the wall for some time.”

First and foremost, the Clean Economy Act is a climate bill, not an effort to dismantle Dominion’s vertically integrated structure, Cleveland said.

“The act creates a space for investor-owned utilities to be an integral part of climate solutions,” he said about how it is designed to shift operations and investments toward renewable energy. “That creates opportunities for growth and we will be vigilant in ensuring that growth is not excessive. Utilities should not look at this as something to be scared of.”

Wallace is hopeful that Dominion’s recent backpedaling on gas plants will also lead the Richmond-based utility to “close shop on the doomed and unnecessary Atlantic Coast Pipeline boondoggle.” As well, he called on other energy companies to halt their natural gas projects across Virginia.

In the meantime, he views affixing a cost to carbon emissions as a boon for the “most vulnerable people on our planet.”

While previous White House administrations had calculated the cost of carbon pollution, President Obama created an interagency working group in 2009 to standardize that valuation, which would be part of his sweeping climate action plan. The document includes a chart displaying the annual social cost of carbon values.

In addition to human health, the group’s social cost of carbon reflected factors such as property damages from increased flood risk, changes in agricultural productivity and the value of forests and other ecosystem services due to climate change. One of Obama’s economists referred to the social cost of carbon as “the most important figure you’ve never heard of.”

The social cost of carbon in 2017 was set at $39 per metric ton in 2007 dollars, according to the Center for American Progress, a Washington think tank. The measure in the Clean Economy Act directs Virginia regulators to include a system to adjust the costs established in the Obama guidance document with inflation.

Virginia environmentalists are pleased that their state is advancing a climate and human health measure that the Trump administration has severely weakened after first trying to dismantle it.

“I hate that we have to put human lives in dollar terms, whatever that number is,” Wallace said about assigning  a monetary value to asthma attacks and other pollution-related illnesses that lead to emergency room visits and lost work and school days.

“But these numbers represent lives,” he concluded. “If we’re not counting the social cost of carbon, we’re not thinking about the human cost of fossil fuels.”

It's been amazing to see the about face the state of VA has done in recent years on clean energy issues like this. Goes to show the value of getting out the vote in state elections!