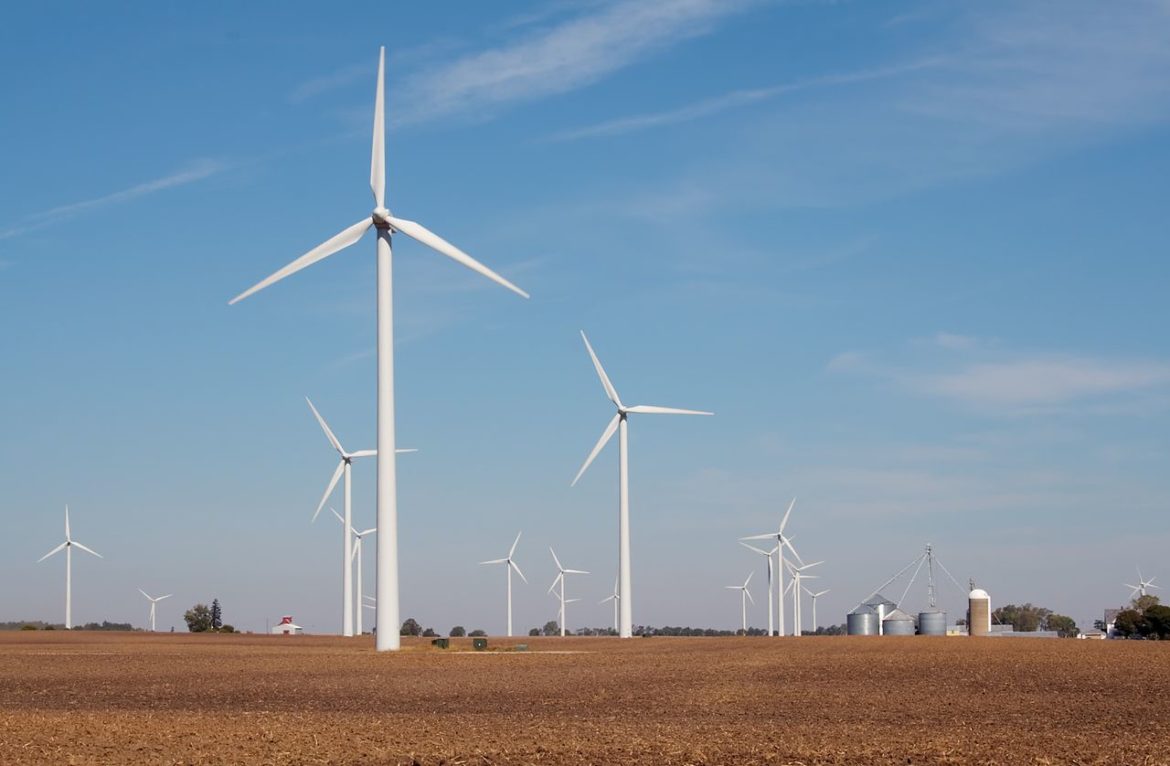 A pair of energy consultants are promoting an HVDC interstate transmission-plus-storage project that could complete a link between California and Chicago.

The missing link between California solar power and Midwest wind energy may be a 600-mile stretch from southwestern Wyoming to northwestern Iowa.

Rob Schulte and Fred Fletcher believe their Power from the Prairie concept would produce massive benefits for utilities, customers and the country’s clean energy transition, enabling variable wind and solar resources from multiple regions to backfill and balance each other out on the grid.

The high-voltage direct current (HVDC) transmission line — if other projects already under development are completed — would be the last leg of a two-way renewable energy superhighway connecting Southern California to Chicago and the PJM Interconnection grid that extends to the East Coast.

Schulte and Fletcher have spent the last few years trying to stitch together a coalition of states, utilities, developers and other entities interested in funding a study of the project’s viability and economics. Like other clean energy projects, it faces new prospects under President-elect Biden’s administration. The Trump administration blocked federal researchers from discussing the results of a related but broader study on the benefits of connecting regional grids.

Still, by their own admission, it’s a dauntingly complex project — they co-wrote a recently published paper outlining barriers to interregional transmission projects in general. The scale is too large for any single utility to absorb. Multiple federal, state and local regulatory steps would be necessary, and while the technology is available it’s still unfamiliar to many utilities.

The nation’s electric grid is actually a collection of regional grids with relatively few connections across their seams. A major 2018 study by the U.S. Department of Energy — subsequently suppressed by Trump officials — outlined the major potential benefits of increasing those meager connections.

Cheap, abundant solar power produced in California, for example, could help meet the Midwest’s peak demand, while wind energy generated in the Midwest could meet demand in the West after solar production begins to tumble in the late afternoon. As renewables grow — along with clean-energy requirements — so will the need to move energy around, Schulte and Fletcher maintain.

They see an emerging renewable transmission corridor, arcing up from the Los Angeles area to Wyoming and then across the northern plains to Chicago. The roughly 2,000-mile route is mostly existing or already under development. The Southern Transmission System, with a capacity of 2,400 MW, now ferries coal-fired power from the Intermountain Power Plant near Delta, Utah, to Los Angeles. It will cease operations in 2025 to meet California’s increasingly stringent renewables standard.

Two competing lines are under development that would run from Delta northeast through Utah and south-central Wyoming. The TransWest Express, with a capacity of 3,000 MW, would move power about 730 miles between Delta and Sinclair, Wyoming. Construction is projected to begin once buyers sign contracts. A second line, the Zephyr Power Transmission Project, would cover a similar route but is at an earlier phase of development.

Although those sections of the transmission line are well along, Schulte said, “The question was what to do about replacing the coal plant” at Delta. A number of studies convinced the partners that the salt deposit beneath the coal plant could economically store about 1,200 MW in the form of compressed air.

“We found that if we had 1,200 MW of storage and wind in Wyoming, that that would deliver more energy than the coal plant and be cheaper — and cheaper than the gas plant that was being planned,” Schulte said.

A couple of large wind farms are being planned for that region of Wyoming.

Also under development is an underground transmission line known as the SOO Green that would run from wind-rich northwest Iowa to a connection with the PJM grid in the Chicago area, the eastern terminus of Power from the Prairie. In contrast to the Midwestern Clean Line projects, the 2,100-megawatt SOO Green appears to be encountering little if any resistance.

That would leave an unwired stretch of about 600 miles from central Wyoming, across northern Nebraska and into northwest Iowa, where it would connect with the SOO Green. Fletcher and Schulte envision a wind-powered, pumped-water storage facility in Gregory County, South Dakota, which the U.S. Army Corps of Engineers told Schulte and Fletcher was “the best place to put pumped storage on the Missouri River.”

The plan also calls for a converter station in the Nebraska stretch of the line, where power could be put onto the line or taken off.

“That could unlock thousands of megawatts of new wind power in Nebraska and South Dakota,” Schulte said. “You’re talking thousands of wind machines that would be enabled by this.”

Schulte and Fletcher stress that the two of them would not be the ones developing a transmission line. They have set out to build “a coalition of the willing,” and to that end have met with representatives from about 70 utilities, state and federal government agencies, independent transmission companies, renewable-energy developers, Congressional delegations, investment firms, universities and trade groups.

Their goal for now is to bring states and utilities to the table, and to do a feasibility study to determine who might benefit and what this ambitious vision might cost.

Ray Wahle said he is intrigued by the possibilities of combining wind, solar and storage along a transmission line stretching across two-thirds of the country. He’s the senior vice president of power supply and operations for Missouri River Energy Services, a wholesaler serving municipal utilities in the upper Midwest. He’s known Schulte and Fletcher for decades and has spoken with them at length about their vision.

Schulte and Fletcher now are seeking utilities and other interested parties who would provide funding for a feasibility study. Wahle is ready.

“We’re interested in looking at it from a study perspective to see if it would hold possibilities to get a lot more renewable energy on the system,” he said. “Is it economically viable? Are there lower-cost alternatives?”

A key to integrating more renewables is what Schulte and Fletcher call “time-diversified” generation — power from a range of sources that produce at different times, using different technologies, and in varying weather conditions. That would make for a power source that behaves more like steady baseload, and would be less likely to overproduce.

California, which recently upped its renewable energy mandate to 60% by 2030 and 100% by 2045, already is looking at a generation mismatch, according to the partners. Getting to 60% means building a fleet of solar farms whose capacity would exceed the state’s peak load, they contend.

The past summer’s blackouts in California nicely illustrated the potential of time-diversified sourcing of power, said Rob Gramlich, founder and president of Grid Strategies LLC, where he provides economic policy analysis for clients on electric transmission and power markets.

When fires were burning and the lights and air conditioning went out in parts of California, he said, “It was hot, not only in California but in the entire West. So there were no renewables available. But there were plenty of resources in the Midwest.”

One reason: “The weather patterns are almost always different in the upper Midwest from the West Coast.” And with the capacity to move thousands of megawatts of renewable power across miles and weather systems, he said, “solar can help back up solar, and wind and solar can help back up each other because they operate at different times of day. Transmission’s value increases with the amount of diversity that you can capture from load and wind and solar output and other factors.”

Schulte and Fletcher say it’s not likely that the federal government would play a lead role in such a project, which hasn’t happened for more than half a century, but it could still benefit from economic stimulus programs that prioritize infrastructure.