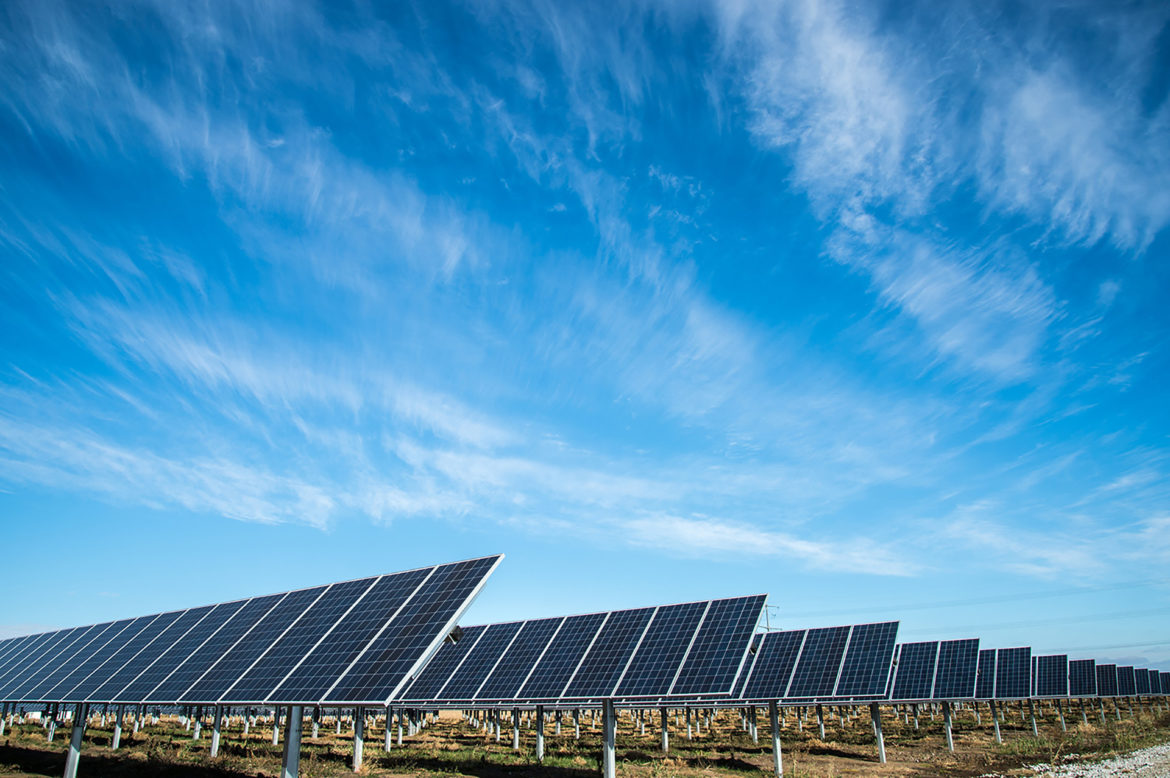 Lincoln Electric System's community solar facility in Lincoln, Nebraska, is the first utility-scale solar installation in the state. The Omaha Public Power District plans to develop another in nearby Sarpy County, but new zoning language could complicate the project.

Sarpy County adopted size limits and a requirement for a “glare study” before solar projects can go forward.

A Nebraska utility’s ambitious solar power plans have collided with a suburban county’s development aspirations just outside of Omaha.

The Sarpy County board of commissioners on Tuesday adopted new zoning language that would complicate, and possibly undo, plans by the Omaha Public Power District to develop a solar farm and gas-fired power plant in the fast-growing suburban county.

Along with the restraints on solar arrays, the commissioners approved a moratorium on construction of fossil-fueled power plants through Oct. 31.

Although the new regulations likely would prohibit the utility from proceeding with its current plan, there probably is a viable alternative, according to Stephen Bruckner, general counsel for the Omaha Public Power District.

The power district recently purchased 550 acres in Sarpy County with an option to buy another 650 acres. The county has been developing plans to crisscross the area — including the utility’s acreage — with sewer, water and gas lines, and commissioners were alarmed to learn about the utility’s plans.

The power district has recently sped up its transition to renewable energy and wants to deploy between 130 and 150 megawatts of solar panels on the land along with a natural gas-fired power plant with a capacity of something less than 600 MW. Bruckner said the land is ideally suited to the project because it has good access to an electrical transmission line and a natural gas pipeline.

The language the commissioners approved on Tuesday would erect several hurdles in the path of a solar farm. It would place a 1-megawatt cap on any solar array, and would categorize a solar farm as a “special use,” meaning that a public hearing would be required. No such process is required now.

“The whole idea behind this [language] is to have a public and very transparent process,” said Don Kelly, chair of the county commission.

The new regulations would also make approval contingent on a solar developer conducting a “glare study” and promising to dismantle decommissioned solar arrays in six rather than the more typical 12 months. They also stipulate that a solar developer acquire an interconnection agreement, which can be quite costly, before applying for a permit.

“It’s a cumbersome process that very few people would undertake,” said Don Preister, a supporter of renewable energy and onetime state legislator who since 2009 has been a member of the City Council in Bellevue, an Omaha suburb in Sarpy County. “It would essentially shut down all small wind and solar development in the county.”

The ramifications are not yet clear. Bruckner said state law gives an entity with the power of eminent domain — such as a utility — the prerogative to develop whatever generation assets it needs, without regard to zoning. But a solar developer doesn’t have the right to override county zoning regulations, meaning that the utility’s current plan to hire a private company to develop a solar farm would have to yield to the new county zoning rules.

The utility’s management is huddling now, considering its options, Bruckner said. It seems the company could develop the site itself or find another location. Its plans go far beyond what it has proposed for the site in Sarpy County. A total of 400 to 600 MW of solar are envisioned, just a down payment on the company’s goal of reaching net-zero carbon emissions by 2050.

County commission chair Kelly insisted that the commission supports renewable power in general. It just objects to this particular project. The issue, he said, is the location. Sarpy County is relatively small, and mostly developed in the northern strip adjacent to Omaha. The commission sees great potential for bringing suburbs to the southern belt of the county.

Because the power district is a government entity, it would pay less than the usual taxes, which would undermine funding the sewer system, Kelly said. He’s also concerned that a solar array accompanied by a natural gas power plant would be offensive and lower property values.

Kelly said the commission is “willing to have solar of any size in the county as long as it goes through a public process.”

Policies that establish hurdles to renewable power run contrary to the wishes of most Nebraska residents, said David Corbin, vice chair of the Nebraska Sierra Club and a Sarpy County resident.

“Poll after poll indicates that a majority of Nebraska residents want renewable power to replace fossil fuels,” he wrote in a letter published by the Bellevue Leader. “This is especially true among younger residents, and Sarpy County has a younger population than most of Nebraska’s counties.”

He also pointed out that Sarpy County has reaped financial benefits from large-scale production of renewable power. Facebook and Google, both of which have policies of using renewable energy to satisfy their voracious need for electricity, have data centers in Sarpy County.

John Hansen, president of the Nebraska Farmers Union, said years of involvement in planning and zoning matters taught him to be skeptical about the reasons people give for objecting to development proposals. There are “real concerns,” he said, and then there are “manufactured concerns.”

He called the bill’s current language “a heavy-handed way to deal with a site-specific concern. If there is a particular area that is sensitive to development, you zone that. You don’t come in with a ‘one size fits all’ prohibition for the entire county.”

Kelly said the county supports renewable energy and can provide a home for it in Sarpy County. Both the utility and the county have indicated they wish to continue talks aimed at a mutually agreeable middle ground.