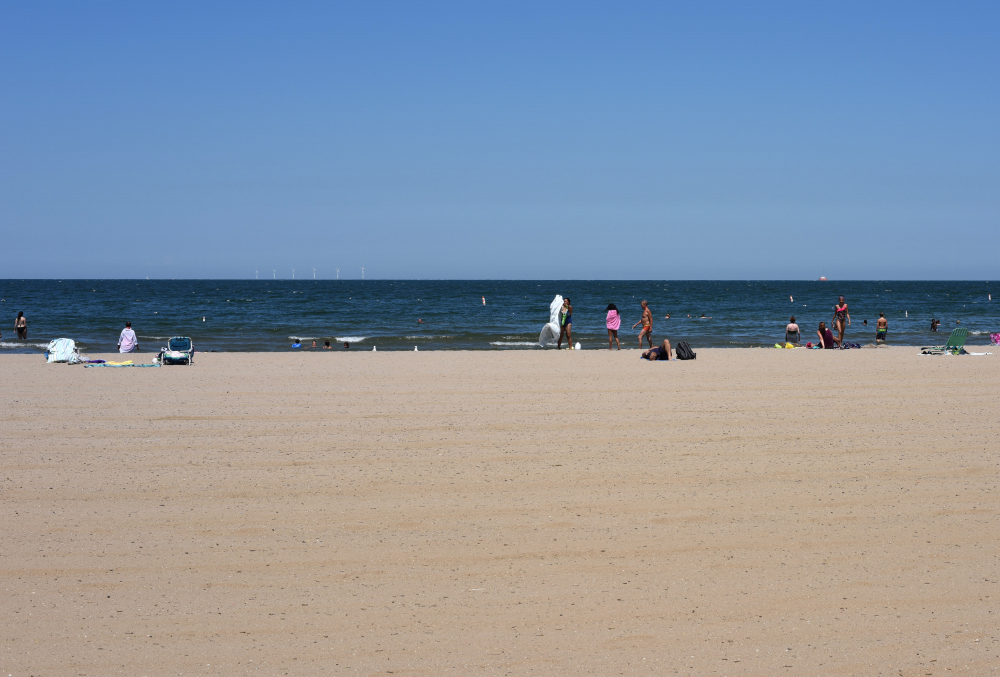 Requirement for nightly shutdowns for two-thirds of the year reneges on compromise reached with agencies last year.

Ohio regulators’ imposition of a last-minute permitting condition could put an end to the Great Lakes’ first wind energy project.

The Ohio Power Siting Board ruled Thursday that the Icebreaker project could move forward but only if blades on the demonstration project’s six turbines are turned off every night for eight months of the year.

“This order is not an approval,” said Dave Karpinski, president of Lake Erie Energy Development Corporation, also known as LEEDCo. The OPSB’s condition “may well be fatal to the entire project.”

OPSB staff had first suggested nightly shutdowns for most of the year in 2018, despite LEEDCo having reached an agreement with environmental groups for monitoring and safeguards to protect bats and birds. The proposed construction site north of Lakewood is not within a main migratory flyway for birds. An ornithologist who prepared a study for a draft environmental impact report had called it “the lowest-risk project” he ever worked on.

After months of negotiations between LEEDCo and staff at the OPSB and Ohio Department of Natural Resources, the developer reached a compromise with regulatory staff last May that dropped the requirement.

“We are stunned by the OPSB order today,” Karpinski said, noting that the added condition “reneges” on its agreement with OPSB staff. “Throughout the OPSB proceedings in this case, we made it abundantly clear that a requirement to shut down the turbines from dusk to dawn for the majority of the year renders the project economically not viable.”

Basically, shutting down generation for that much of the year would greatly reduce the amount of revenue that the project could produce. And any change to the condition would require further proceedings before the OPSB, with no guarantee of a favorable outcome even if monitoring data did not show significant impacts to bats or birds.

Testimony from the intervenors’ expert last summer did not show a need to feather the turbines for most of the year. Agency staff testified in support of the compromise settlement agreement with LEEDCo.

After the compromise a year ago, the only remaining opponents were two intervenors represented by an attorney who had done work for Murray Energy and often filed appearances in wind cases on behalf of a pro-coal nonprofit that did not disclose the source of its funding. Discovery in the LEEDCo case showed that at least some of the intervenors’ litigation expenses had been paid by Murray Energy.

OPSB chair Sam Randazzo, however, said he did not see the outcome as unusual.

“[I]t is typically the case that a project is subject to a number of conditions that deal with issues that need to be resolved, prior to construction in some cases, in some cases after construction,” Randazzo said at the board’s May 21 online meeting. “So the fact that there are conditions imposed here is, I would characterize as, business as usual.”

Ohio Department of Natural Resources Director Mary Mertz also sits on the OPSB. Despite the prior signoff by her agency’s counsel on last year’s agreement, she voted in favor of the restrictive condition — not necessarily because of a problem with the project as proposed, but because other projects might follow.

“This project has sort of an inherent tension,” Mertz said. “It’s a small project, so some of the less desirable impacts are okay because it’s small. But on the other hand, it’s put forth as a demonstration project which may someday lead to a larger one.”

Clean energy advocates said they expect the ruling to have a chilling effect on renewable projects in Ohio as it calls into question the legitimacy of the process.

“We were extremely disappointed to find out that what we initially envisioned as a victory for clean energy instead contained a poison pill that could undermine the entire effort,” said Jane Harf, director of Green Energy Ohio. “It calls into question not only the future of the project but also the legitimacy of the approval process.”

The board’s imposition of nightly shutdowns for most of the year after regulatory staff had consented to their removal “is yet another example of deviation from the standard practice in these kinds of proceedings for renewable energy projects,” said Miranda Leppla, vice president of energy policy for the Ohio Environmental Council, one of the environmental advocate parties to the case. The decision is also “extreme and seriously undermines the ability for the project to raise capital to begin turbine construction,” she noted.

The Icebreaker ruling is the latest in a series of state-level actions hostile to wind energy in Ohio. OPSB rules adopted last year would require wind projects to comply with building code regulations, despite statutory provisions to the contrary. They would also require regulatory approvals before wind farms could start up again after various “incidents.” Those rules are currently on appeal before the Ohio Supreme Court.

OPSB chair Randazzo has been a longtime critic of renewable energy and has previously represented wind energy opponents before the board.

“From a process standpoint, today’s decision sends yet another chilling message to renewable energy companies wanting to do business in Ohio,” Leppla said.