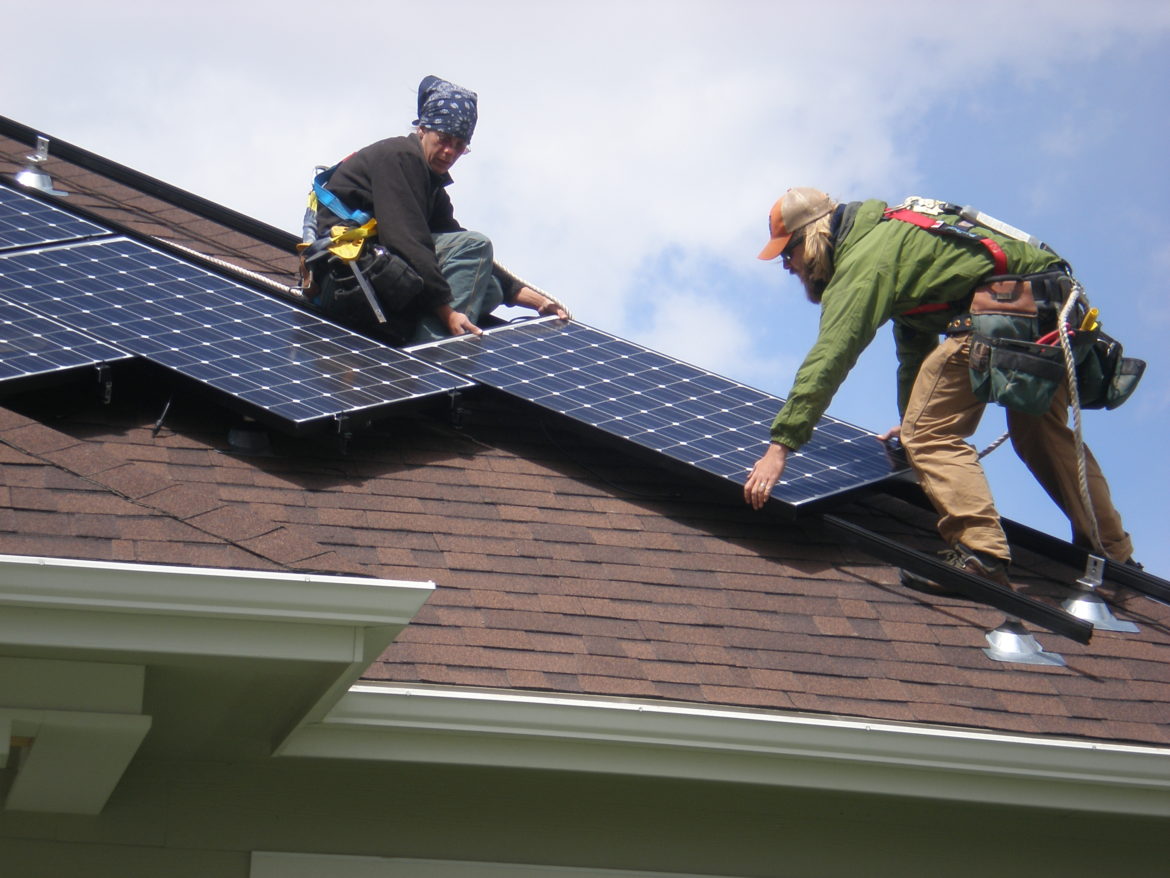 After years of delays, stakeholders say they are ready to move forward with spending plans for the money, which was set aside by Eversource when it divested its generation assets.

New Hampshire regulators and advocates are deciding how to use a $5.2 million fund to advance clean energy initiatives in the state.

As families and businesses deal with financial strain during the pandemic, the money could provide assistance for renewable energy upgrades and efficiency projects that wouldn’t otherwise be possible. The question now is whether the relatively limited budget would best fund projects through loans or direct grants.

The Clean Energy Fund is one of the outcomes of the 2015 divestiture by Eversource of its generation assets. The state’s largest utility had planned to distribute $5 million to benefit customers, but it agreed to add an extra $200,000 because the money has sat unused for several years.

The delay has been frustrating, said Madeleine Mineau, executive director of Clean Energy New Hampshire. The divestiture had to be complete before the funds could be made available. That happened in late 2017, but discussions on what to do with the money didn’t start until last year.

“We think it would have been great to have had this money available already at the start of the pandemic so it could have been … invested in the local economy,” she said.

At the same time, without clear direction in the agreement about who would actually make the final decision, stakeholders — including Clean Energy New Hampshire, the state consumer advocate, the governor’s office, state regulators and others — aren’t sure how to finalize a plan if they don’t agree. In the interest of preventing further delays, Mineau and others are ready to compromise.

She said the $5.2 million in the Clean Energy Fund is comparable to about one year of funding under New Hampshire’s Renewable Energy Fund. That’s the state’s only other major source of money for this purpose, providing rebates for residential and commercial renewable projects. Electric service providers pay into the fund when they can’t acquire enough renewable energy certificates to meet annual requirements under the state’s renewable portfolio standard.

“Five million dollars doesn’t pop up regularly to say how can we use this to advance clean energy,” Mineau said. “It is a great and unique opportunity.”

Still, she said, it’s not huge, which may be why it’s been difficult for stakeholders to agree on how to use it.

Staff from the governor’s Office of Strategic Initiatives and the Public Utilities Commission have led the discussion process, making recommendations and asking for input from stakeholders.

In the most recent proposal, issued in August, staff from the Public Utilities Commission and the Office of Strategic Initiatives recommended splitting the fund evenly between residential and commercial. The biggest allotment in each category, about $1.48 million, would go toward a loan loss reserve. Lenders could draw on that when borrowers default, which could give them more certainty to finance projects like solar panels, solar-plus-storage and electric vehicle charging.

That recommendation was in line with groups like the Community Development Finance Authority and the Office of Consumer Advocate, who proposed setting up loan funds with the money. But Mineau and the developer community felt incentives and rebates would be better.

“We talked to our business members; they’re the folks trying to get projects done day to day,” Mineau said. “Because New Hampshire doesn’t have as generous incentives as some of the other New England states, what we hear is that access to financing is not the primary barrier to get more projects done.”

People and businesses who are willing to take out a loan to install solar seem to have access to those loans, which already have low interest rates, she said. That could mean this money would go unused.

“Members say it’s important for grants and rebates for things that aren’t incentivized,” Mineau said — particularly new technology like solar-plus-storage. She added that Clean Energy New Hampshire is supportive of on-bill financing, in which the cost of a project is spread out over the customer’s monthly payments — similar to a loan, but without interest. She’d support even more money being dedicated to on-bill financing.

Several developers supported using more money for rebates. Sandra Jones is the director of the Plymouth Area Renewable Energy Initiative, which helps members access renewable energy and weatherization services. Jones wrote in an email that “we want to see the Clean Energy Fund go towards the [commercial and industrial] solar rebate,” whether or not that includes batteries. “Businesses like to see a payback of 5-7 years or less. The rebate for a small commercial [solar] PV installation can bring the payback on a solar system down by a full year. This makes a difference to small business owners.”

But Consumer Advocate Don Kreis said loans — especially on-bill financing — are valuable and can go a long way. With the right outreach, he said, customers will end up paying less, making the prospect of a loan less daunting.

“I don’t accept the premise that residential customers don’t want to borrow money in order to make their residences as energy efficient … as possible,” Kreis said. “I think the lending institutions in New Hampshire just don’t get it.”

He said the state’s credit unions, in particular, should be focusing on clean energy projects, and they can take examples from their neighbors. Vermont’s State Employees Credit Union partners with Efficiency Vermont, “and they are extremely aggressive about marketing and promoting the idea of borrowing money to make your home energy efficient and renewable energy wise. I just can’t believe we are unable to do the same thing in New Hampshire,” he said.

Like Mineau, he does see potential for more on-bill financing. In this way, the Clean Energy Fund could be a revolving loan fund supplementary to the Renewable Energy Fund. “I don’t see anything wrong with giving residential customers, in particular, an energy efficiency rebate so that they can get a really good price … and then giving them an opportunity to finance their out-of-pocket cost on-bill at zero percent interest,” he said.

Kreis, Mineau and other stakeholders involved in the discussions planned to meet this week to try to come to an agreement that they can present to the commission.

“There will be a plan,” Kreis said. “It will be agreed to by me” and Clean Energy New Hampshire, the Office of Strategic Initiatives and others, he said. “I have to compromise in the interest of getting this money out the door.”

Plus, he added, “if we come up with a plan and parts of it or all of it don’t work, then we’ll come back and figure out something else.”