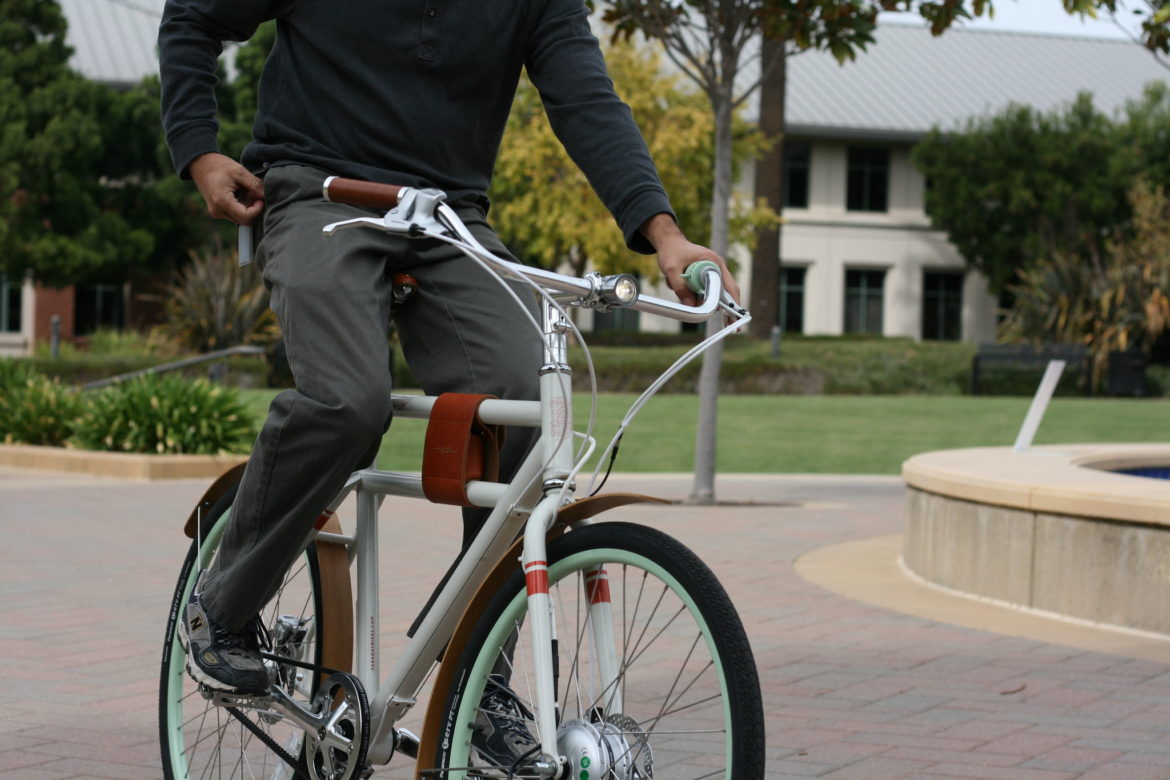 Supporters in Connecticut argue that e-bike incentives, like those in Vermont, would be a timely investment.

As interest in cycling rises and electric vehicle sales drop off amid the pandemic, advocates are calling on Connecticut officials to extend the state’s rebate program to include electric bicycles.

About 80 organizations, businesses and individuals have signed a letter to state officials seeking rebates for e-bikes, which use an electric motor to amplify the rider’s pedal force and are seen as a way to replace car trips. The state’s existing electric vehicle rebate program is “inequitable,” they argue, because it only applies to electric cars, which are unaffordable for many middle- to lower-income households.

The Connecticut Hydrogen and Electric Automobile Purchase Rebate Program, or CHEAPR, has $3 million in annual funding. Spending that money may be a challenge this year with car sales depressed, and that makes the addition of e-bike rebates particularly timely, said Anthony Cherolis, an avid cyclist and coordinator of Transport Hartford, which is leading the effort.

“I could see an e-bike rebate from $200 to $500 as a game-changer for the equity and mobility of low-income households, particularly in Connecticut’s large cities,” said Cherolis, who noted that about a third of households in Hartford do not own a car. “This would also open up so many more car-free commuting options in the Connecticut metro area to those hesitant, or unable, to commit to the physicality of a bicycle commute.”

Demand for vehicle rebates is down sharply so far this year, according to the CHEAPR statistics page. As of the end of April, 205 rebates had been issued (with just 13 issued in April), compared to 509 during the same period last year. Meanwhile, e-bike sales nationally for the month of March were up 58% over March of last year, according to PeopleForBikes, an advocacy group based in Colorado.

Legislation passed last year established a new CHEAPR governing board, led by Department of Energy and Environmental Protection Commissioner Katie Dykes, and required that the program be restructured to include used vehicles. Cherolis is an appointee to that board.

The board has so far met just once, in January, but is expected to meet later this month to discuss changes to the program. Cherolis said he has emailed the board about his interest in e-bike rebates and will present the letter from supporters at the next meeting.

The trend has yet to catch on widely. But as technology improves and bike lanes become more common, some experts think there’s big potential for e-bikes to be a major piece of the region’s transit system.

In Vermont, the Burlington Electric Department since 2018 has offered a $200 rebate to customers who purchase e-bikes from local bike shops. Green Mountain Power, the state’s largest utility, began its own program in May of last year, which currently offers a $300 rebate.

The Vermont utility programs are two of only several in the country. Austin Energy, in Texas, has had a program in place since 2007, and a few other programs have been established more recently. One program in California saw its funding for 80 rebates at $500 each run out after only a month.

“To the extent that someone is looking to have a transportation system that is even more workable, I think the e-bikes could fit into a segment of the population that wants to use them,” said Darren Springer, general manager at Burlington Electric. “It can be a more affordable electric transportation solution,” he said.

Chris Zane, the owner of Zane’s Cycle, a large and widely known bicycle retailer in Branford, Connecticut, compares the effect to the moving walkway in an airport.

While e-bikes have been around since the ‘80s, they’ve only caught on in recent years as the technology has improved and the batteries have become lighter, Zane said. He is a supporter of the rebate effort.

However, as with cars, e-bikes are considerably more expensive than traditional bikes. The least expensive model sold at Zane’s is an Electra with a range of up to 50 miles for $1,499. But given that the bikes are likely to last 10 years, that investment works out to just $150 a year, Zane said.

In Burlington, the nonprofit bike shop Old Spokes Home recently launched new measures to help make e-bikes more accessible for low-income customers. In addition to the utility rebates, Old Spokes Home is subsidizing e-bike purchases further for low-income customers. Additionally, eligible customers can get no-interest loans from Opportunities Credit Union to cover the cost. Both of those programs are funded by grants.

“In Vermont, our transit system’s not very well-developed,” said Laura Jacoby, Old Spokes Home’s executive director, noting that car dependence can be a drain for people with few other options.

The utility rebates have helped boost sales, Jacoby said — less for low-income customers than for those with moderate to high incomes. Some customers say they use the bikes more than their cars, and some have said they’re using them to replace their cars.

‘It’s about getting people out of cars’

Dave Cohen supports that. He founded VBike, a nonprofit bike advocacy group based in Brattleboro. Utility customers interested in electric bikes can get a free consultation with Cohen’s team to help them decide the best choice, whether it’s an e-bike purchase or a motor retrofit of their conventional bike.

“We call it car reduction therapy,” he said. “It’s about getting people out of cars, and about 80 percent of the people who contact us are doing that.”

Retrofits can be much cheaper than buying a new bike, and are also eligible for rebates. Jacoby said that while Old Spokes Home has done retrofits, those bikes seem to require more maintenance down the line.

“The real upcoming thing that’s so important are cargo bikes,” Cohen said. Those are large covered bikes that can accommodate entire families, including Cohen’s. He used theirs to take his son to his hilltop school and began using it in colder and colder weather, eventually getting winter tires.

Darren Ohl, who owns the Vermont Bicycle Shop in Barre, said many people who buy e-bikes probably would have bought them with or without the incentive. But he said the benefit of the rebate is that it demonstrates utility endorsement of the technology and allows customers to trust it more.

“I think the product viability for improvement is huge,” Ohl said. As battery technology gets better, the bikes will get lighter, mileage ranges will improve, and they’ll be even more appealing for customers. He said it reminds him of when mountain bikes first came out: They were exciting but also needed to improve, he said. “And they have.”